REWIND: Bad luck bill? The strange history of the $2 bill

Though rare, there are still more than a billion dollars in $2 bills in circulation, according to the U.S. Department of the Treasury. 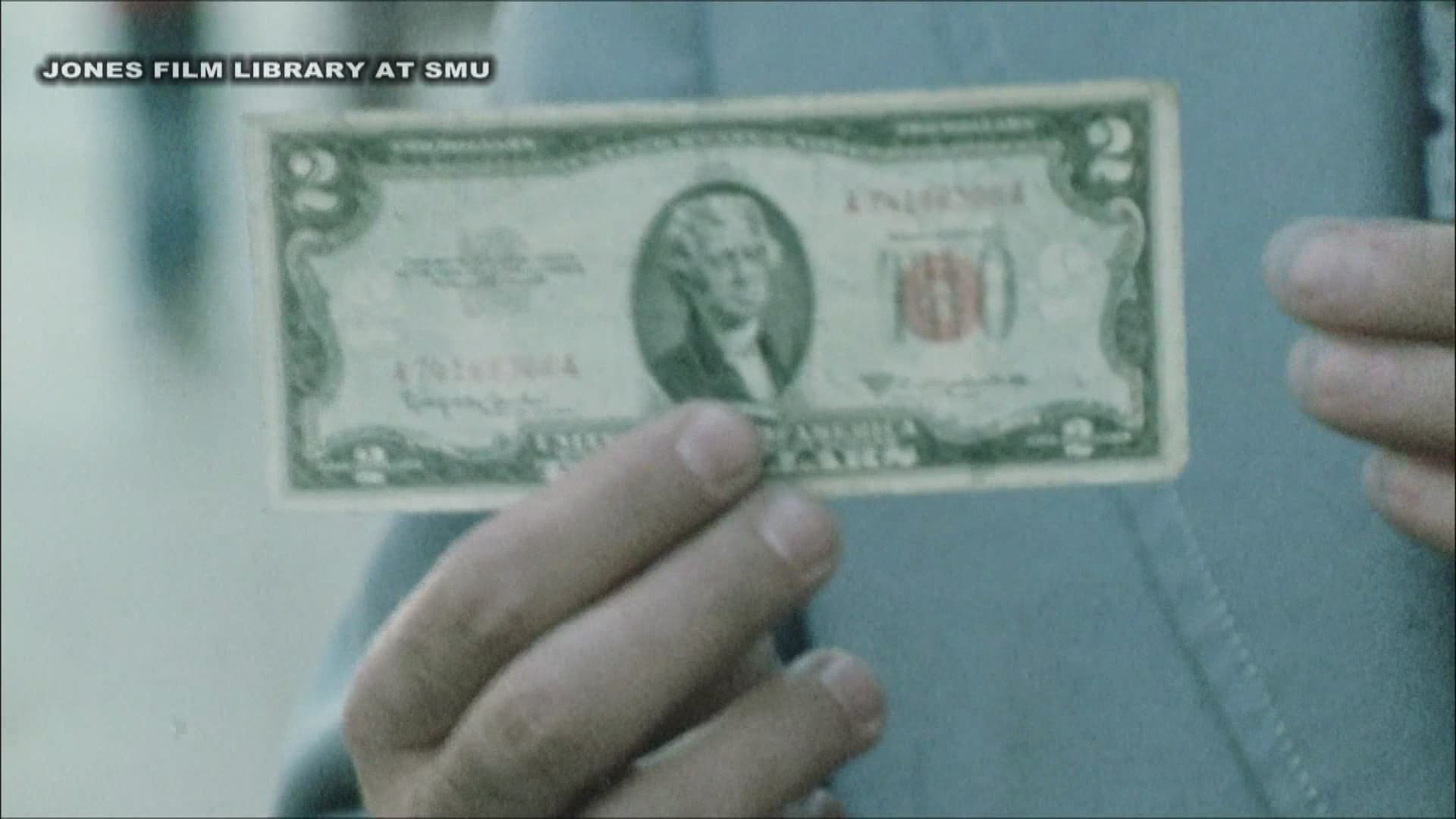 During the pandemic, more and more businesses stopped accepting cash to cut down on contact and possible spread of the virus.

Reopening has also created supply headaches, resulting in increased prices on many goods.

Flashback to 1976 when the federal government was also trying to save money, cut down on the amount of bill circulation and make transactions for increased prices a bit easier.

Their solution was a strange one.

The $2 bill is the oddest, quirkiest note in circulation with a history just as curious.

Though they were printed dating back as far as the 1800s, the unusual denomination made it a nuisance to many and it also developed a stigma as carrying bad luck. With such a dubious reputation, the $2 bill stopped being printed in 1966.

However, a few factors led to its grand return 10 years later.

A story preserved at SMU’s Jones Film Library shows a WFAA report in April on 1976 anticipating the reintroduction of the $2 bill ahead of the government placing $225 million worth of them back into circulation.

Businesses seemed to welcome the return of Thomas Jefferson’s face. An employee at Arby’s said the $2 bill would help cut down on the handling of money and limit the amount of change necessary. A gas station attendant also agreed the $2 bill would make for easier transactions because the rising cost of gasoline meant more customers were pumping totals closer to $2.

Though rare, there are still more than a billion dollars in $2 bills in circulation, according to the U.S. Department of the Treasury. The Bureau of Printing and Engraving printed them as recently as 2019.

The bad luck reputation of the bill is also being reversed. Crisp $2 bills in red envelopes are a popular gift for Lunar New Year as a token of good luck.

The rare nature of the bill has also made it an item collectors covet, but unless it was printed prior to the reintroduction in 1976, it's unlikely to be worth more than a couple bucks.