A 9-year-old boy was also hurt in the crash and is in serious, but stable condition. 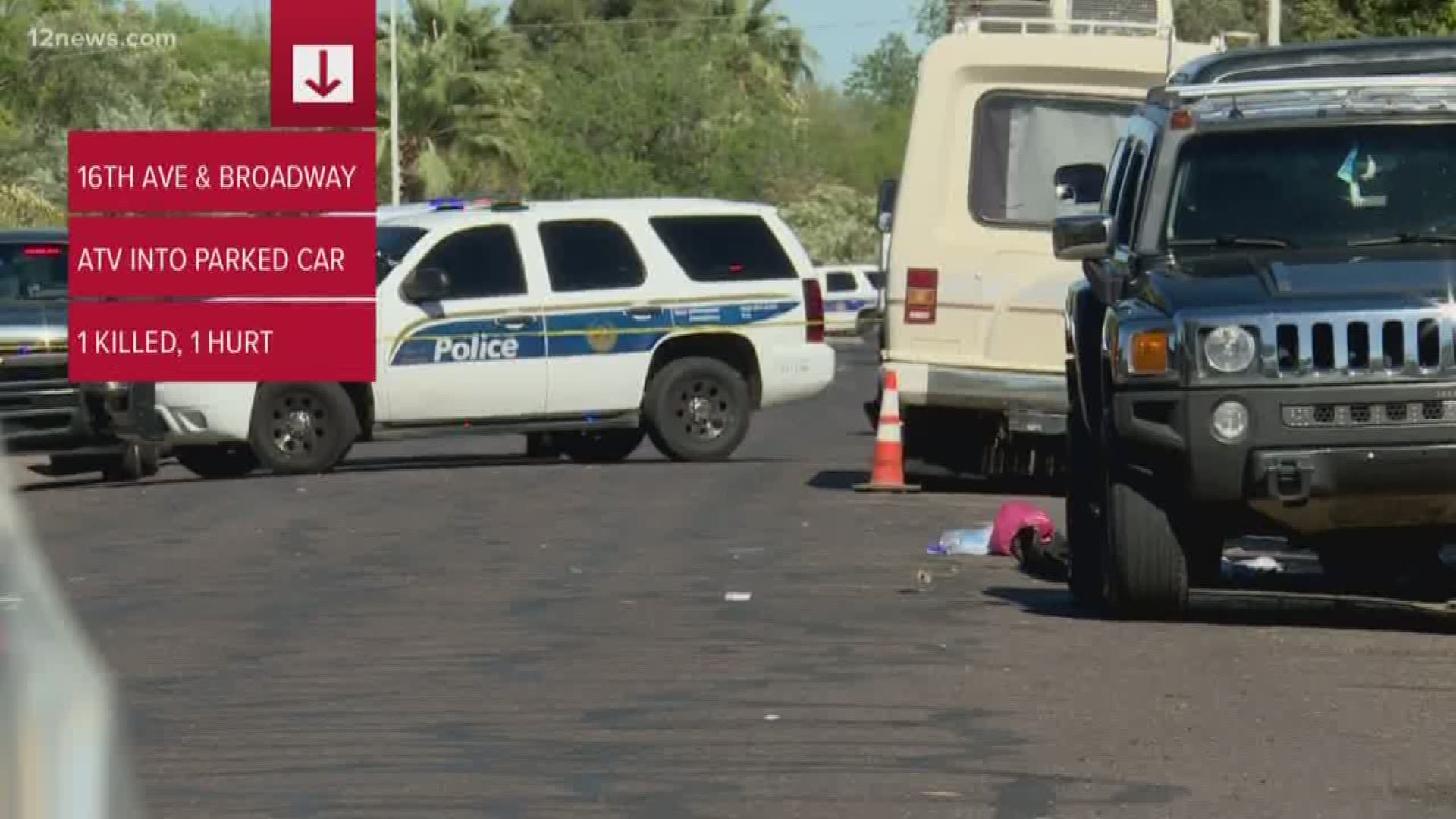 PHOENIX — A 10-year-old boy has died from his injuries in Saturday afternoon ATV crash, police say. A 9-year-old boy is in serious, but stable condition.

Police identified the 10-year-old as Thomas Martinez and said he was driving the ATV.

Phoenix police said the two kids were driving an ATV and hit a parked car in south Phoenix in a neighborhood near South 19th Avenue and Broadway officials said.

The two kids were rushed to a nearby emergency room after the crash.

The investigation of this incident is ongoing and will be handled by Phoenix police.