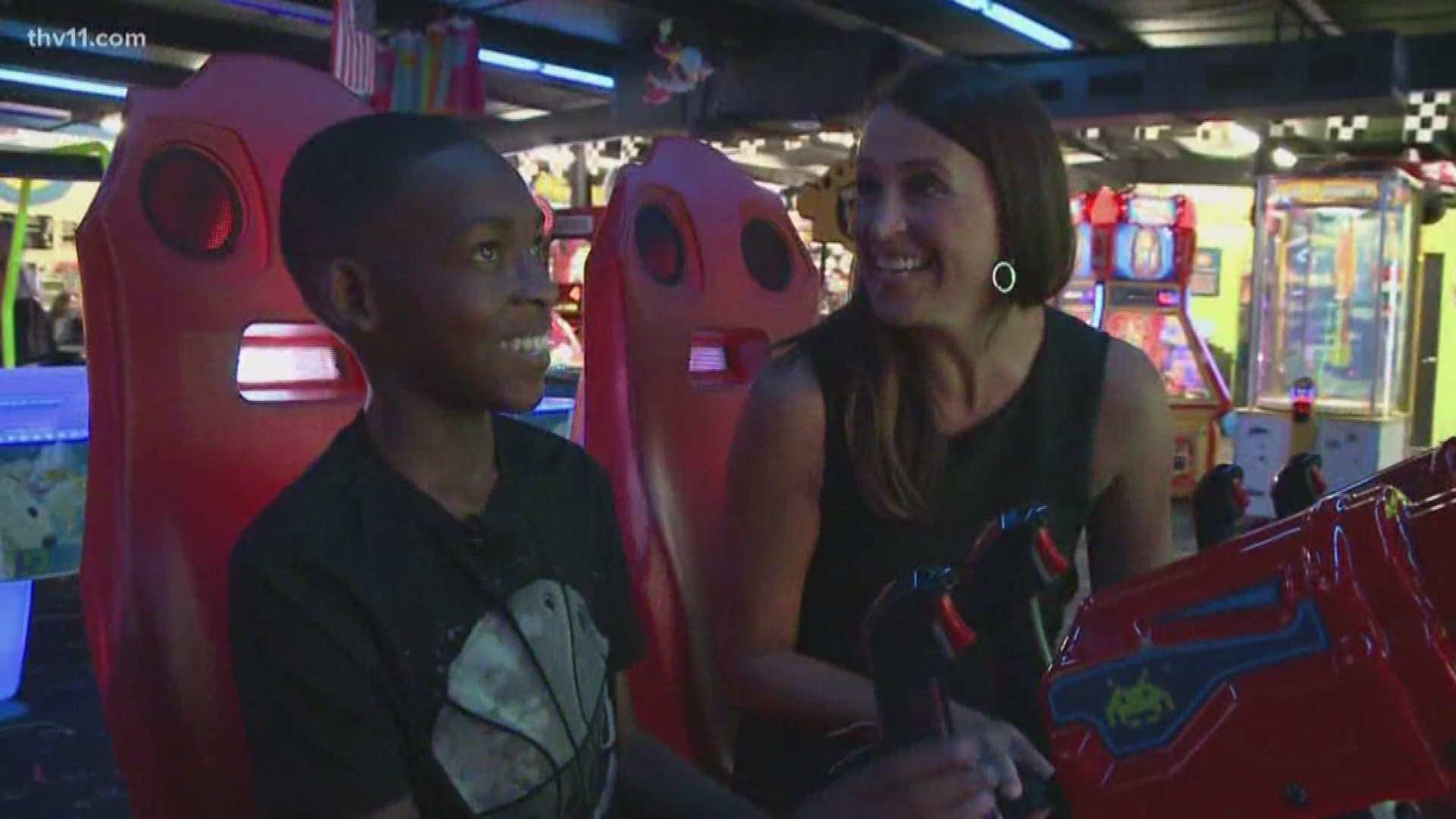 12-year-old Damaria proved to be a great gamer, but he's a winner at more than just games.

He's surviving foster care and he's hoping to win over the hearts of a forever family.

THV11's Dawn Scott met up with Damaria at Big Rock Fun Park, where it quickly became clear that Damaria has an advantage.

And he did win... by beating Dawn Scott at every game and reeling in more than 2,000 tickets.

Damaria played football last year. He was a wide receiver.

He said he likes his foster family and that they take him places.

"We went to Las Vegas for Christmas and we went to Jamaica," Damaria said.

Damaria wants to keep traveling to places like Florida and Washington D.C., but next time, with a family he can call his own.

"I want a good family and I want a family that has pets," he said. "I wish for it, but I don't talk to people about it."

"Spend family time together... it would feel good," he said.

Damaria won't stop until he wins.

Several children we've featured at Big Rock Fun Park have been adopted, so we are so thankful to them for their open hearts and for always saying 'yes' when we come to play.