'We scared to come outside': 4-year-old rapper shares powerful message against gun violence

Kashmania has been releasing music since he was three. His latest music video is spreading a powerful message as he speaks out against gun violence in his city. 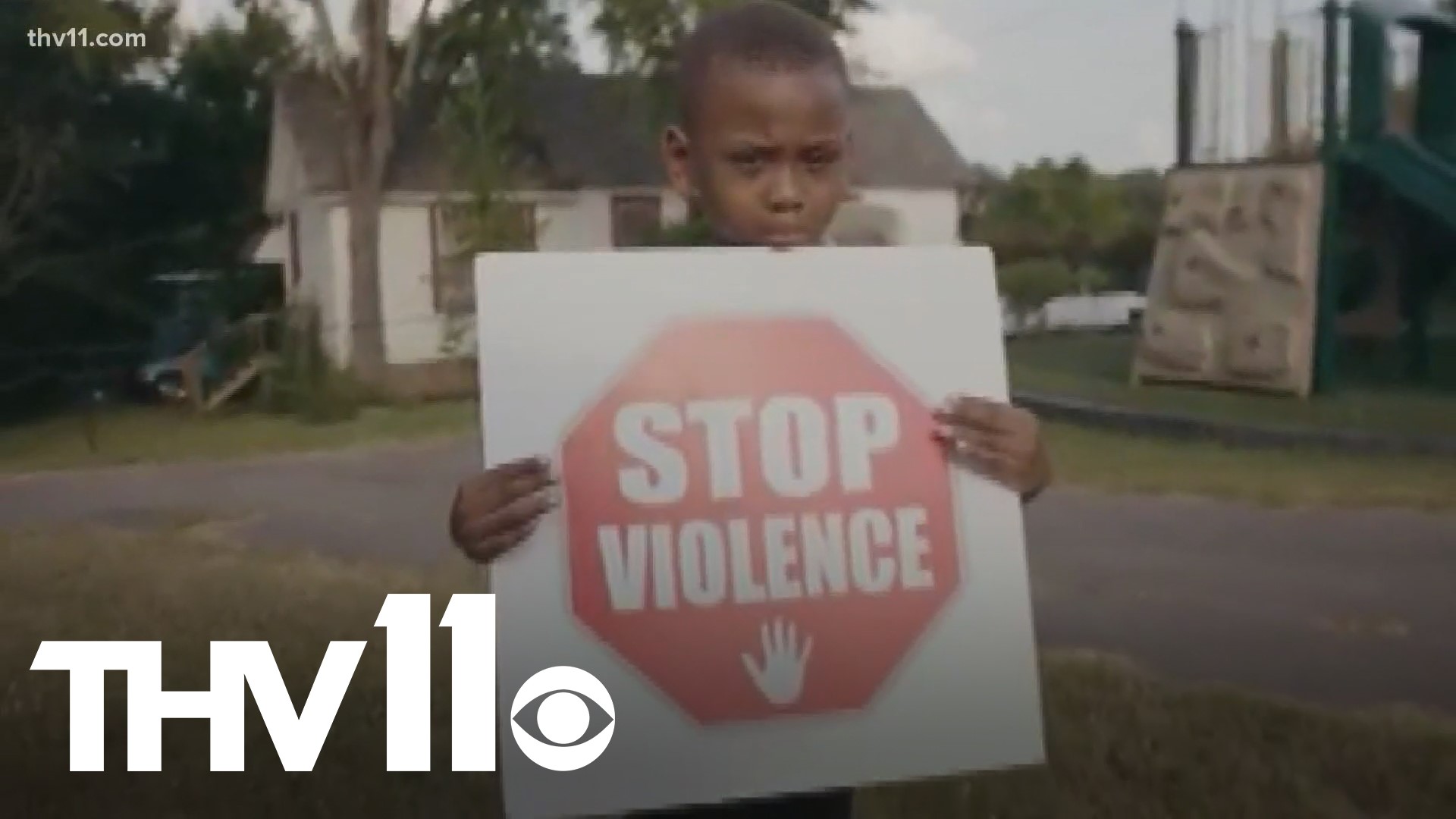 LITTLE ROCK, Ark — Four-year-old Kash Coullier is just like any other kid--- he likes Spider-Man, playing with racecars, and wants to be the Green Goblin when he grows up.

That's if his music career doesn't work out, as Coullier also has a passion for rapping.

He's the son of local musician, Carlos "CraftyLos" Coullier. Kash fell in love with music after hearing himself on a song in a studio session with his dad.

"Kashmania" has been releasing music since he was three, but it's his latest music video that's spreading a powerful message as he speaks out against gun violence in his city.

His remix to "Outside" by O.G. Bobby Billions is a song where Kashmania speaks about his fear of going outside to play with his friends, knowing he could be shot by a stray bullet.

"Because they were shooting. I want people to stop the violence," Kash said when asked about the video's message.

Carlos said he wanted to help his son create song and video so people can view the violence through their eyes.

He said constantly seeing homicides when he turns on the news or to hear about a drive-by is tough.

"Most kids don't really have a real perspective in this world until they get a certain age so no one really listens to them, but they experience the same thing we experience when they're put in certain situations," Coullier said.

As well as being his father, Coullier serves as a manager to Kash. In his short musical career, they've met different celebrities like Boosie who was featured on the remix to his song "Snack Out."

Kash is cultivating his craft by doing live performances, but it was important to Coullier to make sure that his son is also having fun.

He didn't expect to have a son that followed in his footsteps, but he know there's more important things to consider because of Kash's age.

"He's still a kid so we bring his iPad and toys and let him be a kid in the studio," Coullier said.