AGFC keeping close eye on Chronic Wasting Disease as it spreads across the U.S. 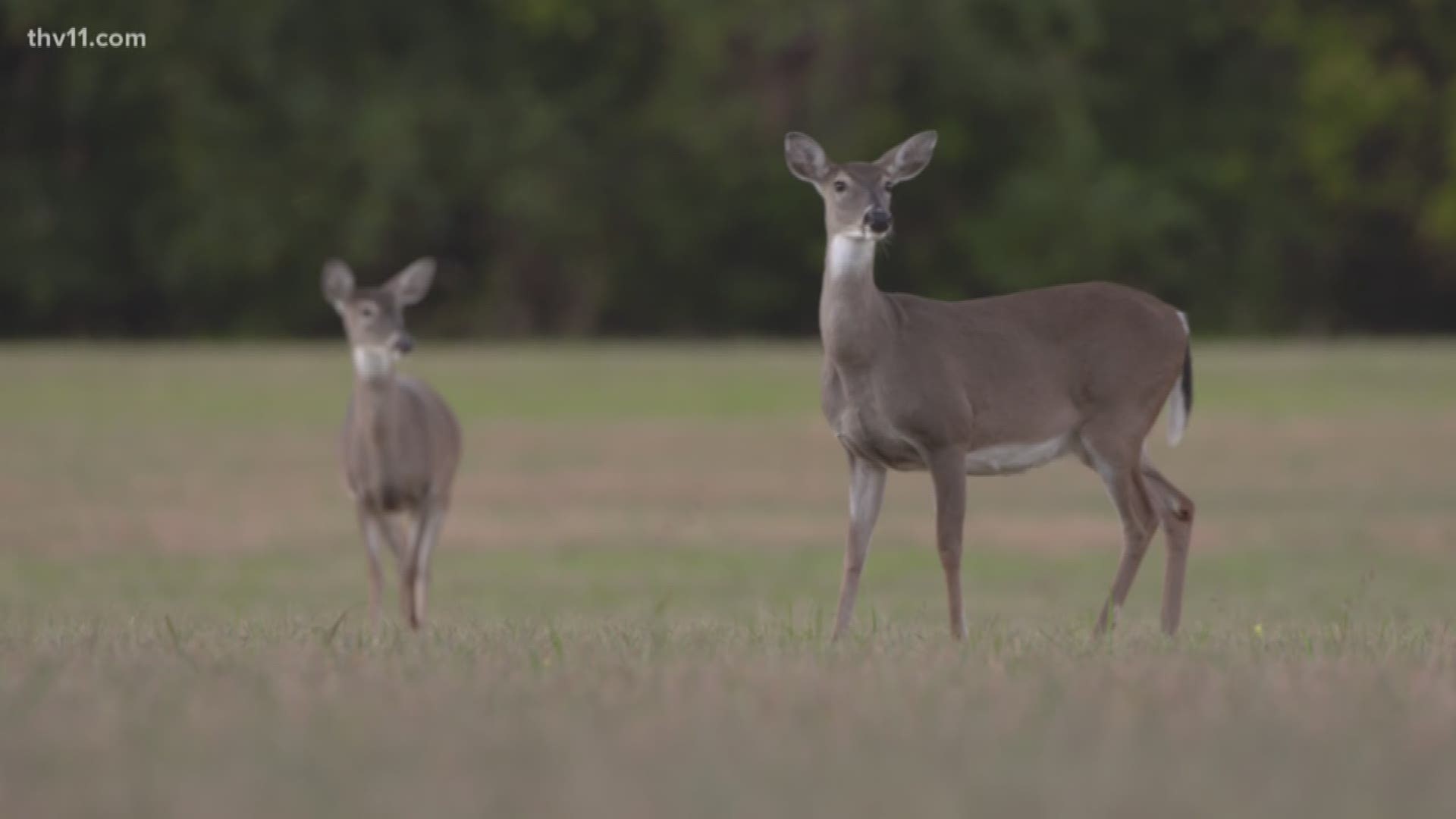 It's been called the "zombie deer disease" and the “mad cow” of the deer woods and it is prompting Arkansas officials to try and clear the air about Chronic Wasting Disease. New guidance from the Centers for Disease Control is also warning humans about avoiding infected meat.

About 600 deer have been found to have CWD over the past four years in Arkansas and cases are expected to keep climbing. More and more resources are being directed to get a handle on it.

“CWD is just something that's not going to go away,” said A.J. Riggs, a wildlife biologist for the Arkansas Game & Fish Commission. “Now that it's been detected in Arkansas, we're going to manage it and deer hunting unfortunately is going to have to change where CWD has been detected.”

Riggs spends about 60% of her time dealing with the deer and elk disease, with that workload increasing to 100% during the fall. That's because CWD is a threat to the huge deer hunting economy.

As it spreads up north, experts are reminding everyone what you need to know about the disease that makes the animals sickly and disoriented... kind of like zombies.

Four counties have a high rate. Newton County is where it started, but now adjoining counties like Boone, Carroll and Madison have dozens of reported cases. Special restrictions are in place there and AGFC needs hunters to do things to turn that around.

“The biggest one is how you handle your meat,” said Riggs. “It's the Center of Disease Control and Prevention's recommendations to have your animals tested.”

While the science of whether it can spread to humans is inconclusive, health officials are being very cautious. Thus, the CDC is advising people not to eat venison that tests positive. Riggs says to avoid making assumptions if you bag a buck in the state’s hot zone because you still need to test.

“An animal looks perfectly normal,” she said. “When I call a hunter and tell them their animal has tested positive for CWD, their first thing is: ‘It was perfectly normal. It was the correct size. It had big antlers.’ All of those type of things.”

The AGFC set up drop boxes to have harvested deer and elk sent off to be tested. They took in 1,400 samples last year. That success rate is leading the commission to install at least one box in every county next season, while encouraging hunters to keep on helping.

“We still need hunters,” Riggs said. “We still need our sportsmen to go out and do what they do best and help us manage the natural resources of the state.”