Dr. Rebecca Martin was volunteering on her last day in NYC at the beginning of the pandemic when TIME approached her with an interview. 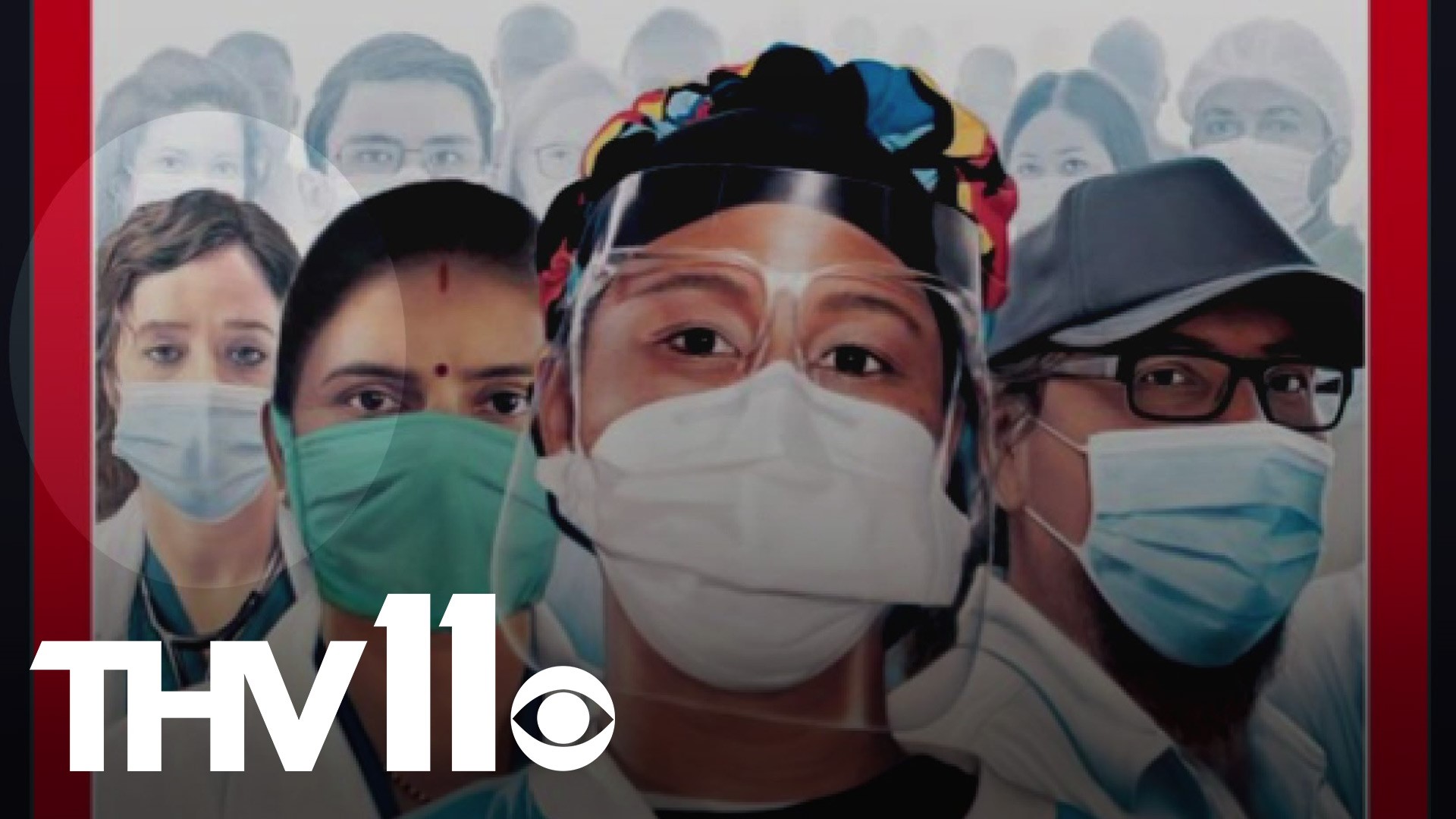 MOUNTAIN HOME, Ark. — An Arkansas doctor was pictured along with other essential workers on the cover of TIME Magazine's Guardians of the Year 2020 edition online.

Dr. Rebecca Martin is a pulmonologist at Baxter Regional Medical Center. She wanted to volunteer in New York City because they were in need at the beginning of the pandemic. So she got permission from Baxter CEO, Ron Peterson.

“She called me, and she told me that she felt that she was being called to go there to help. That she’d been trained as a pulmonologist and that’s what physicians are supposed to do was help," said Peterson.

She flew to NYC for a few weeks to lend a helping hand at Wyckoff Heights Medical Center that was the hardest hit by COVID-19 in Brooklyn.

It was her last day of volunteering when Dr. Martin was approached by TIME who wanted to interview her.

The magazine was initially doing a piece on Wyckoff being the first hospital to make the first diagnosis of COVID-19 in the United States.

"So they brought a video crew out there and they were interested in what brought me out there and why I was willing to volunteer there at such a scary time," said Dr. Martin.

She made a brief appearance in a longer series of their project in June.

"Then one of the colleagues of the guy who wrote the article in June later called and said that she wanted to extend the piece to talk about rural America and how COVID was affecting rural hospitals, physicians and employee burn out," said Dr. Martin.

After follow-up questions and more interviews, Dr. Martin was told the editors at TIME just loved the story and wanted to send down a photographer.

They spent two hours taking photos last week and once given a snippet of the final product, Martin said she somehow made it on the cover.

“I know I’m not the only one in the world that’s fighting COVID right now. I just so happen to be in a right place at a right time where I got to tell my part of the story and that story goes on in every city and every state you know all across the U.S.”