On April 30, Gov. Hutchinson gave gyms and fitness centers the green light to open back up and on May 4, owners unlocked their doors with specific guidelines. 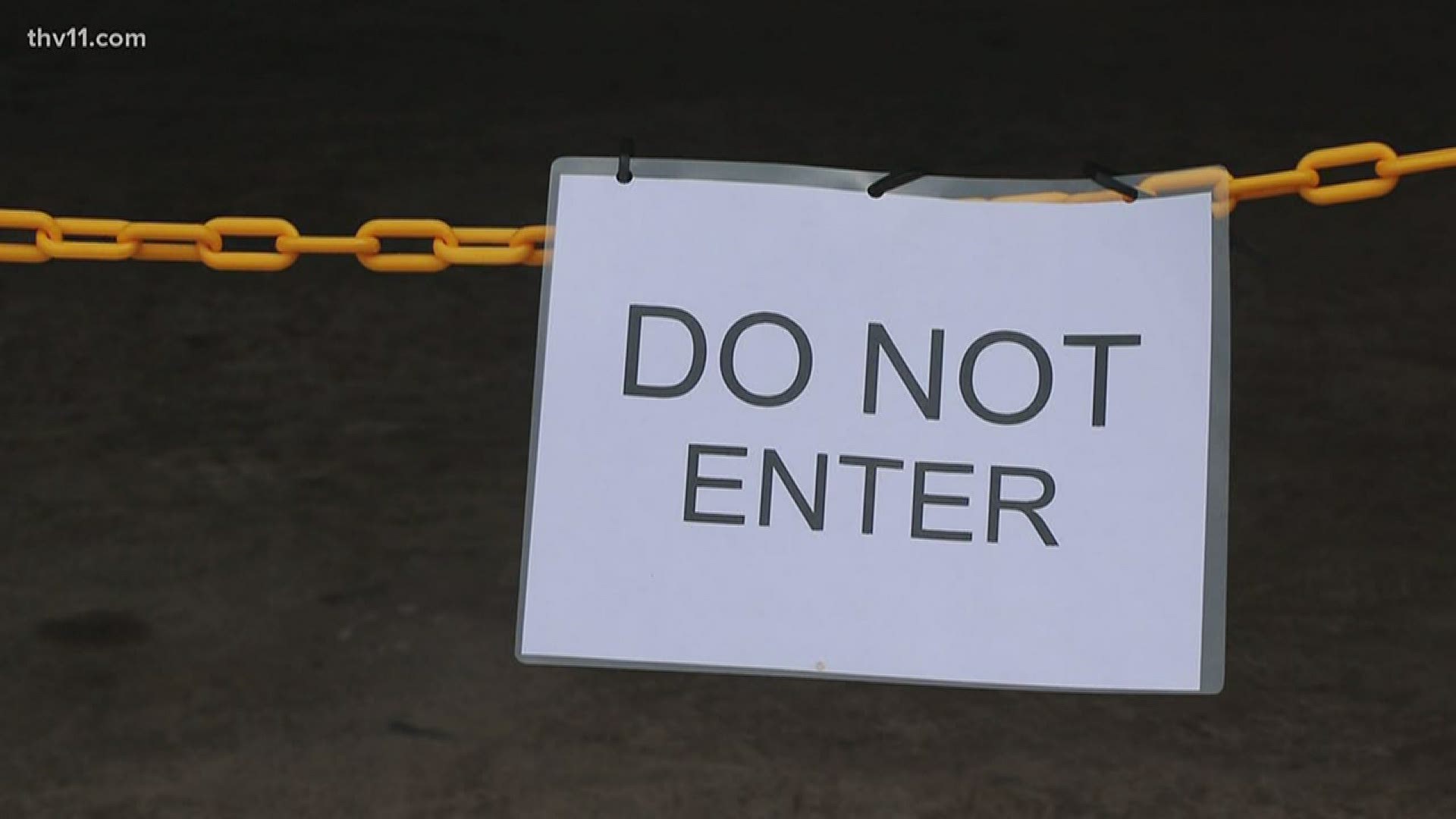 LITTLE ROCK, Ark. — Monday marked the first day gyms and fitness centers could reopen across Arkansas, as part of the state's gradual reopening, but it came with restrictions.

Gov. Hutchinson announced the decision on Thursday, April 30, that gyms had the option to open back up on Monday, May 4.

While several gyms across central Arkansas still have their doors shut, others have been working around the clock in anticipation of welcoming back their members.

At Clubhaus Fitness in Little Rock, General Manager Rush Cornwell wore his mask as he escorted members inside and walked them through the new guidelines on Monday morning.

"We really felt that we needed to be there for them and opening the doors, that's all part of it," he said.

Cornwell said opening back up comes with a lot of changes.

Some of these changes include members answering screening questions when they walk in, sanitation bottles everywhere to clean equipment before and after a workout, smaller class sizes and only every two treadmills are open.

"We're trying to do everything to keep people safe, but basically if people are ready to come back, we're ready to take them," he said.

Another gym ready for their members is Rock City Complete Fitness in Maumelle.

Owner Phil Forrester said once the governor gave them the green light, a survey was sent out to members.

"It was overwhelmingly positive that folks wanted to come back in understanding the restrictions," he said.

Restrictions for the CrossFit and boot camp gym that meant in-person classes have a nine-person limit, equipment spaced 12 feet apart with cleaning supplies at each and the gym closed between 12 p.m. and 4 p.m., according to Forrester.

RELATED: Places of worship, large venues in Arkansas can reopen with restrictions

"We do have some down time and that gives us a chance to regroup and make sure we're in alignment with the protocols," he said.

Even though the first day back was slower for both gyms, they are grateful to be back in business.

"Be smart, be safe and let's all get through this together," Cornwell said.

Both gyms will continue with these safety measures and restrictions until the next phase of Gov. Hutchinson's plan rolls out.