In a press conference on Thursday, Governor Hutchinson announced TempleLive has postponed the concert to Monday, May 18. 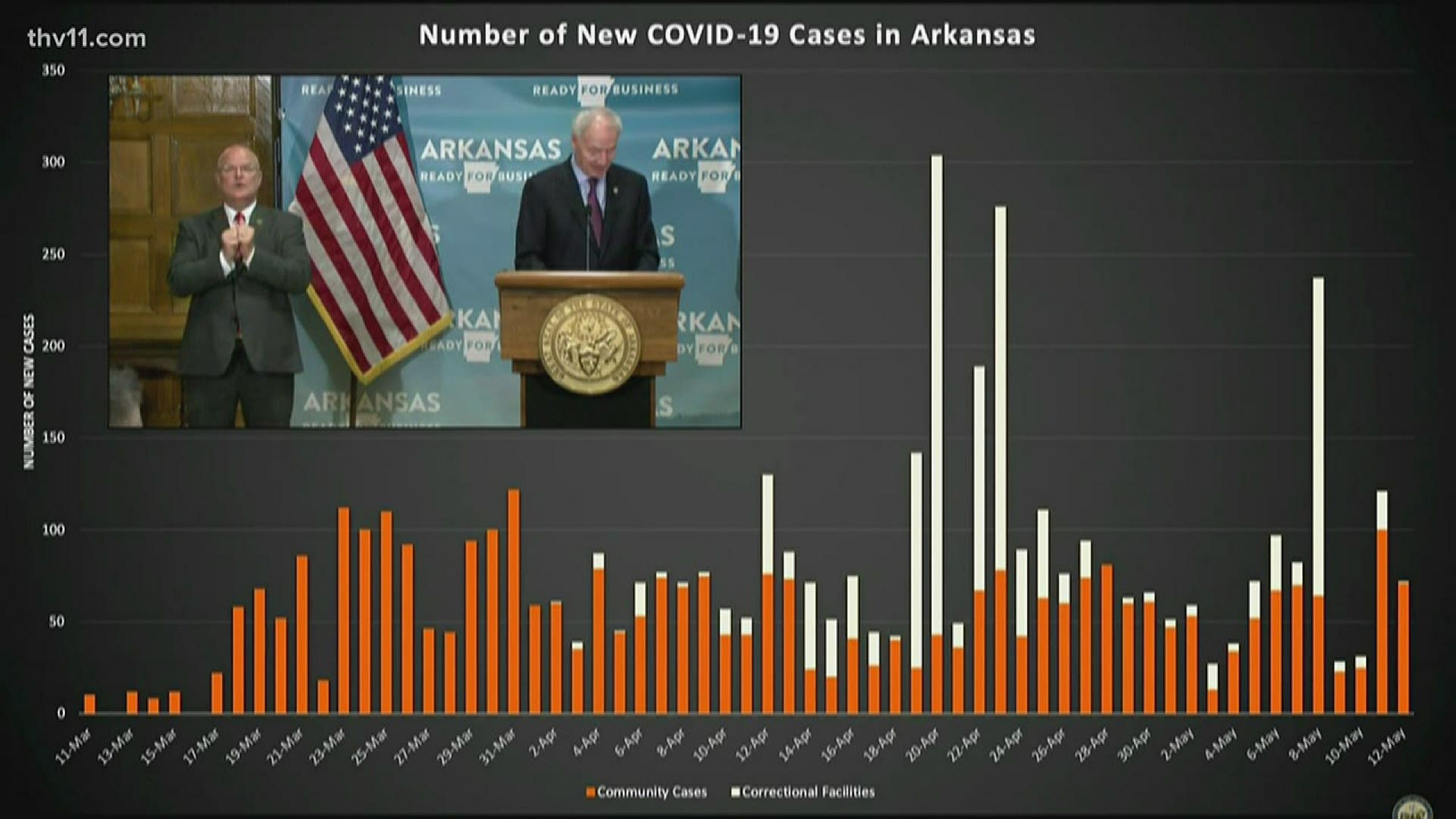 In a press conference, Governor Hutchinson announced TempleLive has postponed the concert to Monday, May 18, which falls within the guidelines. Tickets purchased for Friday's concert will be honored for the event on Monday.

On Thursday, May 14, the Arkansas Alcoholic Beverage Control (ABC) Division announced that TempleLive's permit to sell alcohol was suspended due to going forward with the concert.

"TempleLive is publicly announcing intentions to violate these standards, which will endanger public health and safety. As a result, ABC Director Doralee Chandler today issued an immediate permit suspension order to TempleLive," Scott Hardin, a spokesperson with ABC said.

An ABC hearing has been set for June 3. Following the hearing, ABC will determine whether the permit will remain suspended.

Should Temple Live provide public confirmation that the concert scheduled for May 15 will not proceed, the permit will be returned.

WEDNESDAY UPDATE: Mike Brown, the vice president-entertainment/clubs and theaters for Beaty Capital, says the concert will be happening Friday despite the cease and desist order sent by Governor Asa Hutchinson.

Travis McCready, the artist scheduled to perform at the concert said the following on his Facebook page:

"I am extremely honored and proud to be a part of this event during these strange times!! Thanks again to everyone for all the love and support leading up to such a moment for all of us!!!"

Arkansas has ordered a large theater to abandon its plans to defy the state's coronavirus restrictions on gatherings by holding what could be the nation's first major concert this far into the pandemic.

Gov. Asa Hutchinson said Tuesday that the state Health Department was sending a cease and desist letter to the Fort Smith venue, TempleLive, to postpone or cancel a concert Friday night by country-rock singer Travis McCready. The event, which is expected to draw more than 200 people, would be held three days before Arkansas allows large indoor entertainment venues to reopen.

“You can't just arbitrarily decide when the restrictions are lifted. That is something that is done based upon a public health requirement," Hutchinson told reporters.

The state is allowing theaters, arenas and other entertainment venues to open Monday, but with a cap of 50 people in the audience. Hutchinson said last weekend that the 50-person limit was being revised to allow venues to fill to one-third capacity if they submit a plan approved by the state.

RELATED: Here's what you can do as Arkansas eases coronavirus restrictions

TempleLive did not immediately respond to messages Tuesday afternoon. Organizers have said they planned to reduce capacity at the former Masonic temple from 1,100 people to 229 for the show and to implement other rules, including requiring patrons to wear masks and to have their temperatures checked at the door.

TempleLive on Monday said it planned to move forward with the show after Hutchinson called organizers plans “insufficient."

“We appreciate that the situations faced by the governor and his staff are serious and complex, and much of Arkansas’s COVID-19 approach has been praiseworthy," Lance Beaty, president Beaty Capital Group Inc., the venue's parent owner, said Monday. “However, in these complex matters, general policies and directives are not always best as ‘one size fits all.'"

Arkansas was one of a handful of states that didn't issue a stay-at-home order, though the state-imposed other restrictions that it began rolling back in recent days.