"If you're relaxing in our new normal but you're not protected, you're rolling the dice and taking a big risk," Dr. Joe Thompson said. 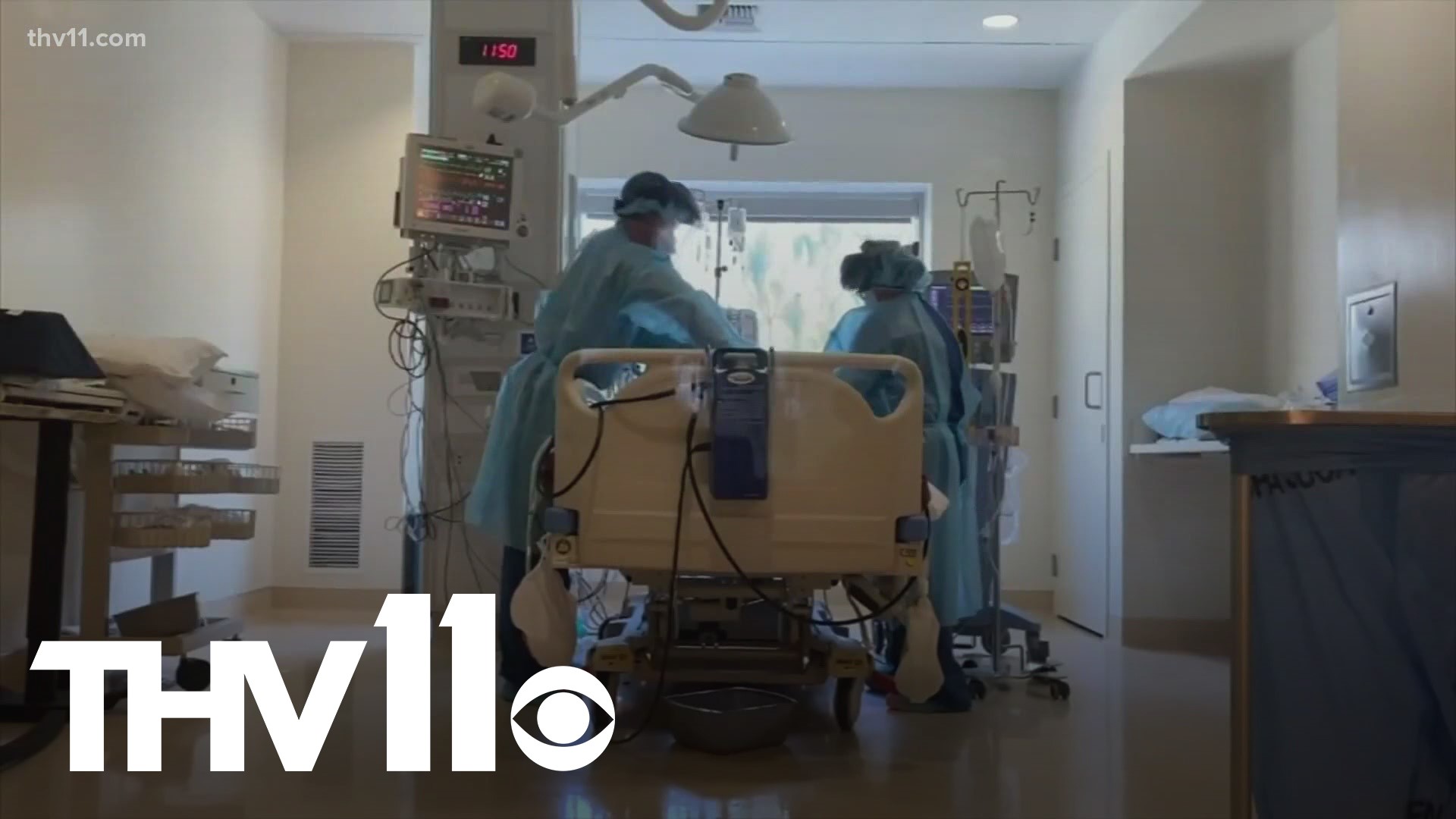 LITTLE ROCK, Ark. — The COVID-19 Delta Variant is gaining speed around the country and right here in our state.

Several Arkansas health officials are pleading, if you haven't gotten the shot, now's the time to do it.

Dr. Joe Thompson, President and CEO of the Arkansas Center for Health Improvement, described the variant as a "major threat."

"For those who are in an unprotected group, have not been vaccinated, this is a new warning sign to get your vaccine quickly," Thompson said.

Just as it felt like life was getting back to normal, there's a new variant in town that is spreading rapidly and causing severe disease.

According to Thompson, the variant started in India where they saw a major spike in cases.

"If you're relaxing in our new normal, but you're not protected, you're rolling the dice and taking a big risk," he said.

Thompson said the speed of the spread coupled with low vaccination rates worries him for the future.

"It could actually escape the control that we have and it could push us backwards in this state or in our communities," he said.

According to numbers from the National Institutes of Health (NIH), the Delta variant tripled in just a matter of weeks in Arkansas.

This concerns pharmacists, like Anne Pace, for those who haven't come back for their second shot.

"Those are the people that are going to have a problem because it is not as effective at preventing COVID infection if they haven't gotten both doses," she said.

Another trend about this variant that worries Pace, is its threat towards those who can't get the shot.

"I'm also very concerned about our children because we've started to see more and more in that six to twelve-year-old population that isn't eligible to get a vaccine, they aren't able to yet," she said.

Hospitalizations and the number of patients in ICU beds are already on the rise.

Dr. Robert Hopkins, with UAMS, believes the numbers are going in the wrong direction.

"I blame a lot of that on relaxing our behaviors and our low vaccination rate. We are not doing anywhere near as well as we need to, with either one of those activities," he said.

Hopkins said the only way to get to the finish line is by pulling together.

"I want everyone to do what they can to protect themselves, but we have to make sacrifices if we are going to beat this pandemic," he said.

For those who haven't gotten the shot yet, health officials said they know many people have concerns, but want to remind you that health care professionals everywhere have plenty of data and information to answer those questions for you.