Arkansas lawmakers who proposed vaping laws are saying "I told you so" after recent statements linking vaping to illnesses. 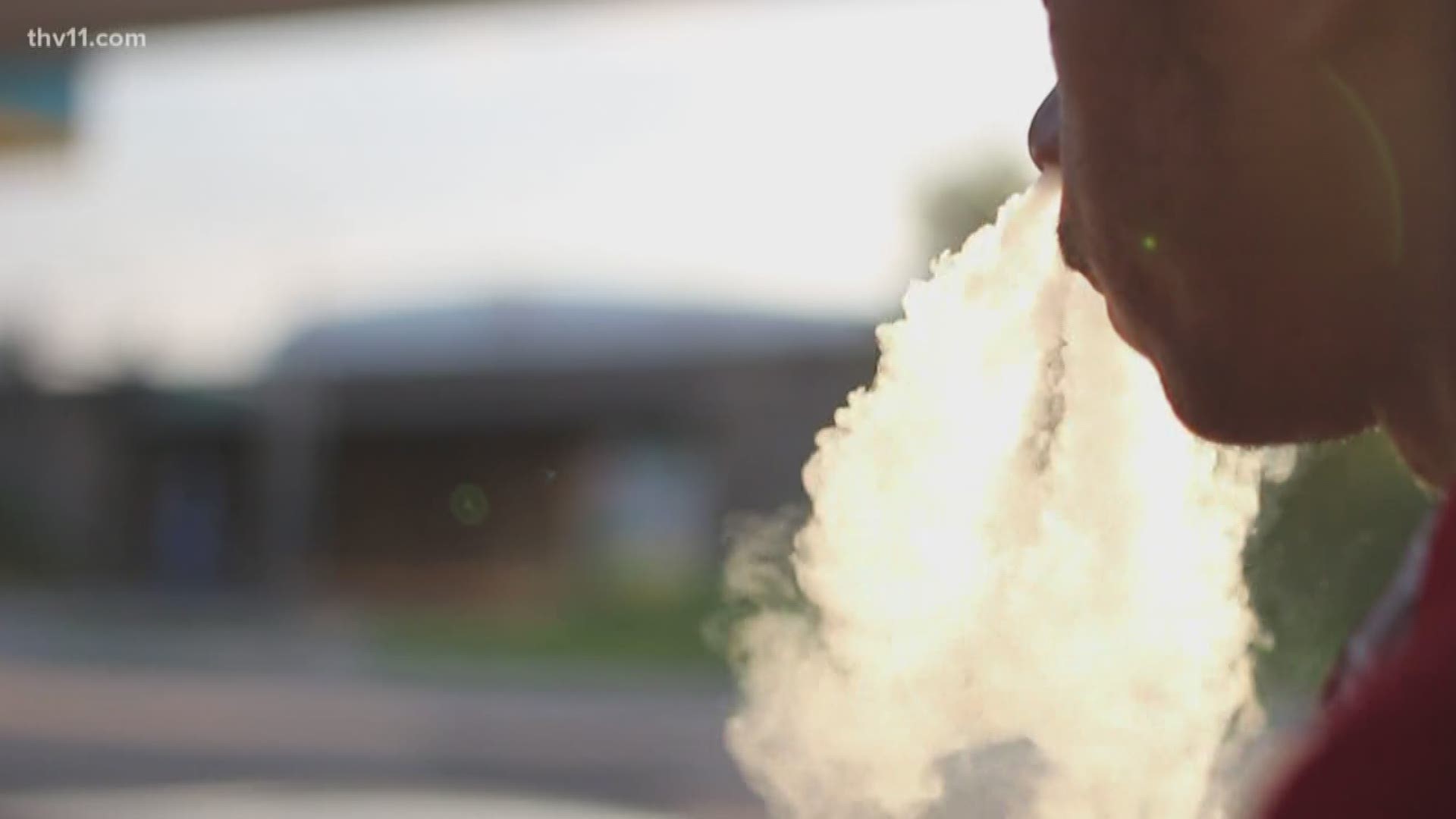 LITTLE ROCK, Ark. — The Joint Committee on Public Health and Safety heard from experts Monday as concerns about the health risks of vaping continue to rise across the country. Committee leaders are hoping to restart the process of passing laws to regulate e-cigarettes after efforts mostly failed during the past legislative session.

"We passed it out of the senate and sent it down to you guys in the House," said state senate president Jim Hendren (R - Sulphur Springs), who posted on Twitter over the weekend plans to add vaping to the agenda. "You did what you like to do with my bills. I never saw it again."

Hendren got to say "I told you so" as his colleagues heard from experts on how quickly youth vaping has become a problem.

"I can attest to the fact that vaping is of epidemic proportions in the schools," said Dr. Debbie Jones, superintendent of Bentonville Schools. "In our school district alone, we have seen a 420% increase since 2016."

"Data on health effects are worrisome," said Dr. Nate Smith, the state secretary of Health. "We do know that e-cigarettes can increase the risk of acute heart attack."

Dr. Smith presented several items to lawmakers he said they could do to curb the problem. He urged lawmakers to use existing laws to match vaping with combustible tobacco regulations. He joined Michael Keck, the government relations director for the Arkansas branch of the American Cancer Society, in saying taxes are too low on e-cigs and that's why use among teens is soaring.

They also pointed to a warning letter from the FDA that blasts vape maker Juul for claiming the product can help smokers quit.

"So now the FDA is in line with the CDC to recommend no use of e-cigarettes until there's further study," said Dr. Joe Thompson, the former state surgeon general and president of Arkansas Center for Health Improvement.

Some lawmakers, including State Senator Trent Garner (R- El Dorado), said constituents have quit thanks to vaping and worried about adding taxes before the products are fully studied.

That's why Sen. Hendren knows this process will take some time to win everyone over.

"It's going to take a lot more hearings like we had today to build consensus to get agreement upon what type of solutions can we all live with," he said. "We don't want to impinge too much on people's personal rights and personal liberties but also protect our youth."

Sen. Hendren added that the issue is too contentious and there isn't enough consensus to allow it to be included in any special sessions that may get called by Gov. Asa Hutchinson.