A locally made product that puts a spin on bullet-resistant backpacks has seen a major spike in sales this week. 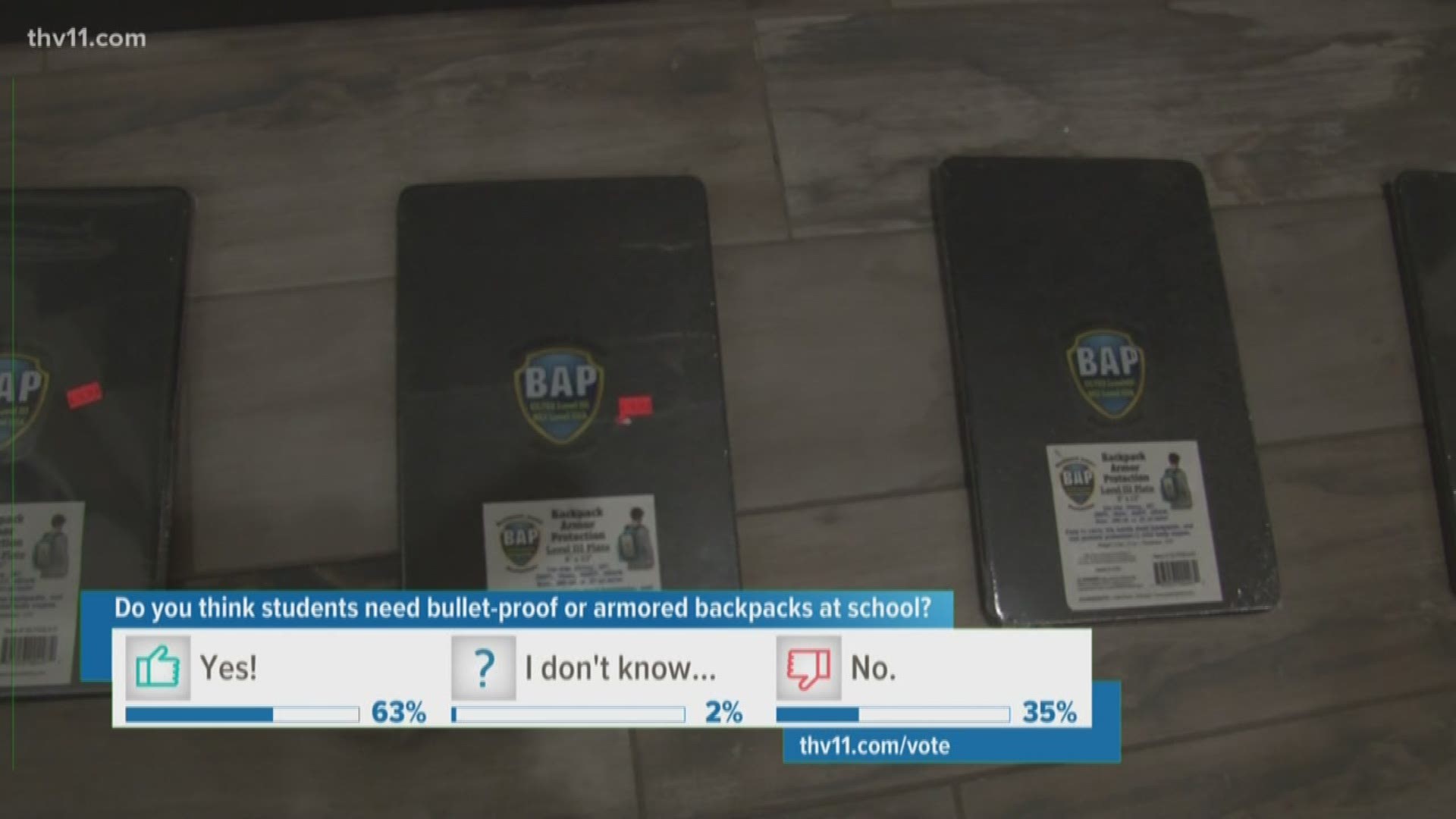 CONWAY, Ark. — The picture used for this article is a stock photo.

In light of the recent mass shootings and school season is just around the corner, bullet-resistant backpack sales are skyrocketing around the country.

A similar product, made right here in Little Rock, has seen a major spike in sales in just this week.

Gina McCarley is a sales representative for PS Products, Inc. and said the product was designed around this time last year.

PS Products is switching up the game by not selling a whole bulletproof backpack but selling an insert instead.

McCarley said it is a level 3 bullet-proof plate that can stop up to a 44 caliber handgun.

"Our owner, Billy, decided that kids are already very picky about their fashion, so we just manufactured the plate that you can insert," she said.

Dewey Mahan, General Manager of Conway Tactical Supply said the BAP plates have been on his shelves since last September.

"With back to school coming it was just kind of a natural fit to offer it as an option for parents to have for their kids," he said.

A safety alternative that McCarley said has had stores wanting many more of.

Mahan said the backpack armor protection weighs about 4 pounds and can easily slip into most backpacks.

"It's just a safety precaution. It's not a, 'oh you have to rush out and buy it and you have to have it,' but if you want extra protection for your kids it's just an offering of something you can do," he said.

Mahan said before they started selling the plate, one of their affiliates tested out its strength on a fighting dummy.

"They shot multiple rounds into it and then what they did is they turned it around and they looked to see if there was any penetration through the plate and there was not," he said.

Mahan said they shot it with 6 different types of guns and the plate beat the bullets every single time.

McCarley said this security blanket adds a layer of protection for students everywhere.

"It's just better to be safe than sorry. I mean it's always better just to have whatever protection you can, unfortunately, in this day and time that you can get your hands-on," she said.

The BAP plate isn't only for backpacks, you can also slip it into things like briefcases and duffel bags.

Mahan said if anyone has any questions about the product, they can call Conway Tactical Supply and they would be happy to explain.