An Arkansas mom is warning parents about a popular toy that took days to get out of her child's hair. 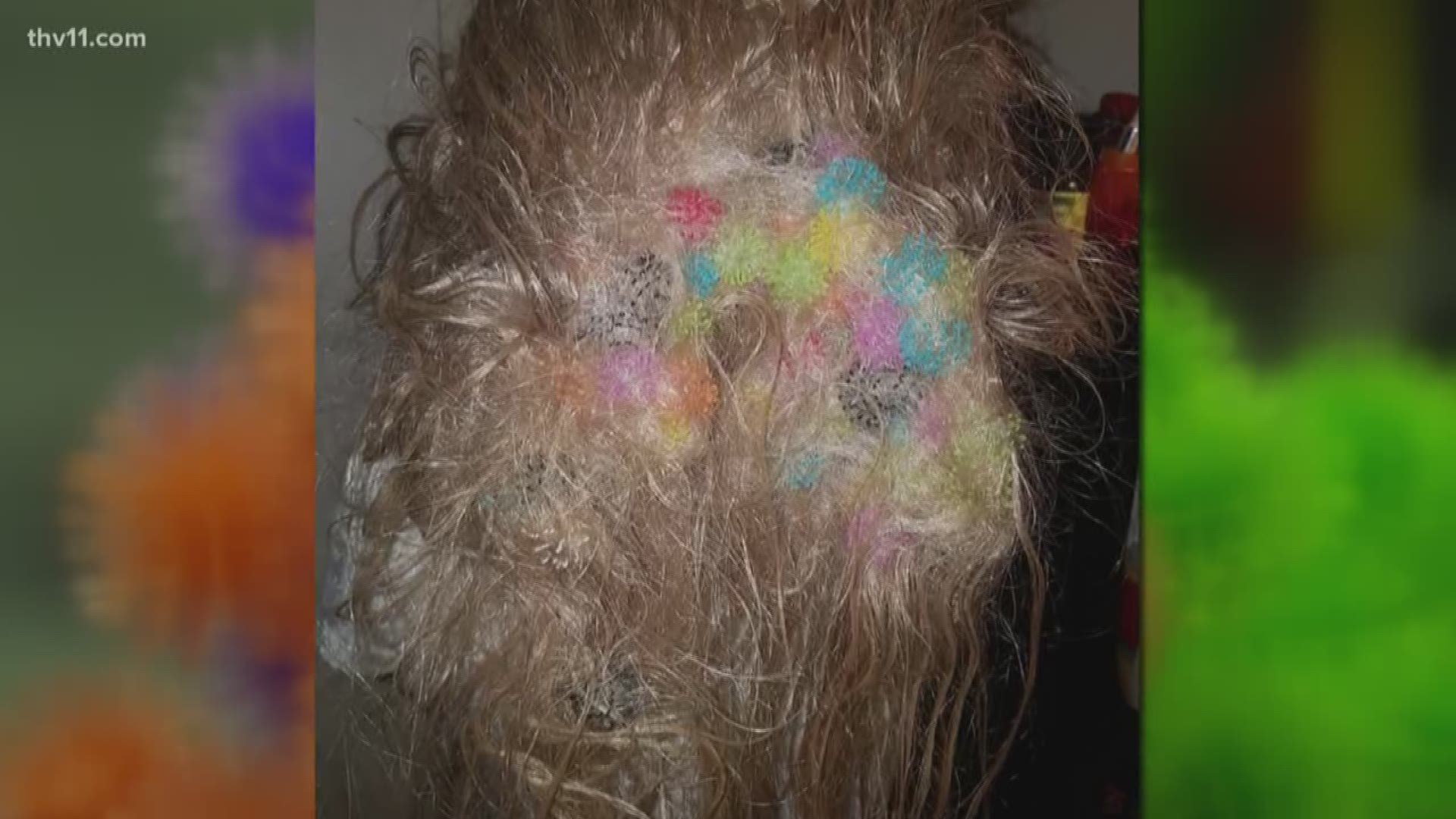 An Arkansas mom is warning parents about a popular toy that took days to get out of her child's hair.

‘Bunchems’ are colorful toy balls with hooks that kids can smoosh together to make creations, but one Arkansas mom wants to make sure other parents know why it’s important their kids don’t get them anywhere near their hair.

This weekend, Jasmine Nikunen's 5-year-old daughter Scarlett's long blonde hair got tangled up with more than 50 of the toy balls.

Kids play with the popular, colorful, little toys by sticking them together to make endless creations. The box even warns ‘keep away from hair’ because they can get tangled up. Nikunen hadn't even heard of the toy when she dropped her daughter off to play with her cousin.

“Collin, who is three, poured the whole bucket over her head and she tried to shake them out and they immediately started to matte up like dreadlocks,” Nikunen said.

Two days later after asking for help on Facebook, she finally got them out.

‘Bunchems’ developer told us after the product launched in August 2015, they heard from consumers about them getting caught in hair. They quickly released an instructional video showing people how to use conditioner or vegetable oil and brush away tangles to get them out.

“We had about 12 containers of coconut oil and vegetable oil and any hair oil you could think of and we drenched her in it," Nikunen said.

Nikunen is thankful she didn't have to cut her daughter's hair.

"She lost a lot of it, like her scalp has thinned out now. We’re just grateful we were able to salvage it," Nikunen said. “Definitely watch your kids if you do have them, keep them away from the hair."

Despite claims of getting stuck in kids’ hair, ‘Bunchems’ have more than 1,000 reviews on Amazon and 95 percent are positive. Just be sure to play with caution and read the warning on the packaging.