The soldiers being deployed are primarily from the 142nd Field Artillery Brigade based in Northwest Arkansas and Airmen from the 189th Airlift Wing. 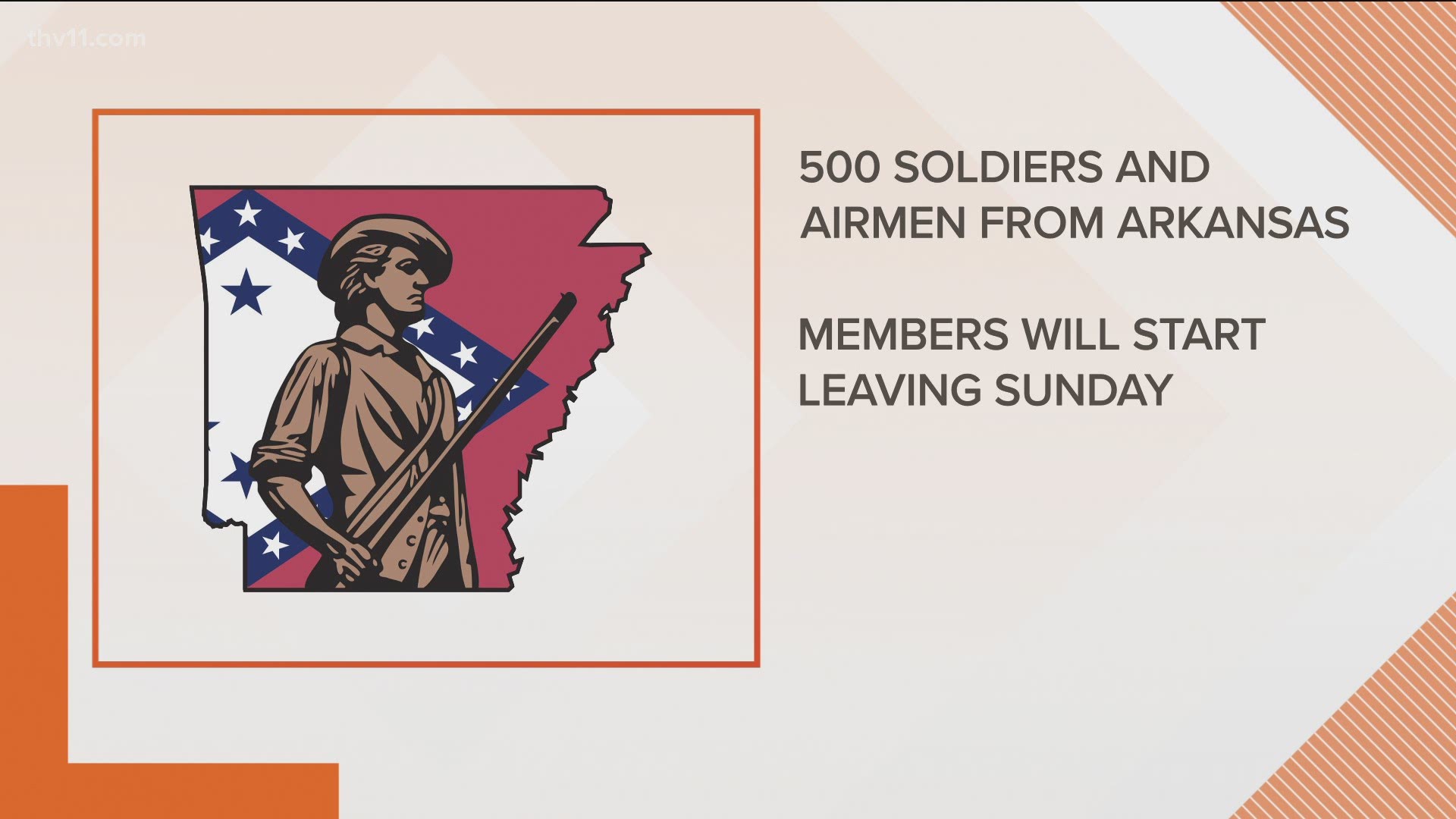 The soldiers being deployed are primarily from the 142nd Field Artillery Brigade based in Northwest Arkansas and Airmen from the 189th Airlift Wing.

The 59th Presidential Inauguration is considered a National Special Security Event, like all presidential inaugurations.

The U.S. Secret Service as the lead federal agency responsible for coordinating, planning, exercising and implementing security for National Special Security Events has requested support from the National Guard.

The requested missions include assistance with Traffic Control and Access Control Points, Traffic Management, Metro Station Security, Crowd Management, Patrol / Watch Stander on outside Fencing, facility security at City Hall / the National Mall, and the Lincoln Memorial among others.

“Being in the Guard is about service. Service to one’s State and their Nation. We’re sending some of our very best to support Inauguration Day activities,” said Maj. Gen. Kendall Penn, Arkansas National Guard’s Adjutant General. “Priority No. 1 is to protect people and property, and our Guardsmen are trained very well to do just that.”

The Arkansas Air National Guard’s 189th Airlift Wing based at Little Rock Air Force Base will provide C130H aircraft to transport the Guardsmen to Washington, D.C.