Out of 3 million farmers across the country, only 45,000 are Black, with only 1% of that number in Arkansas. 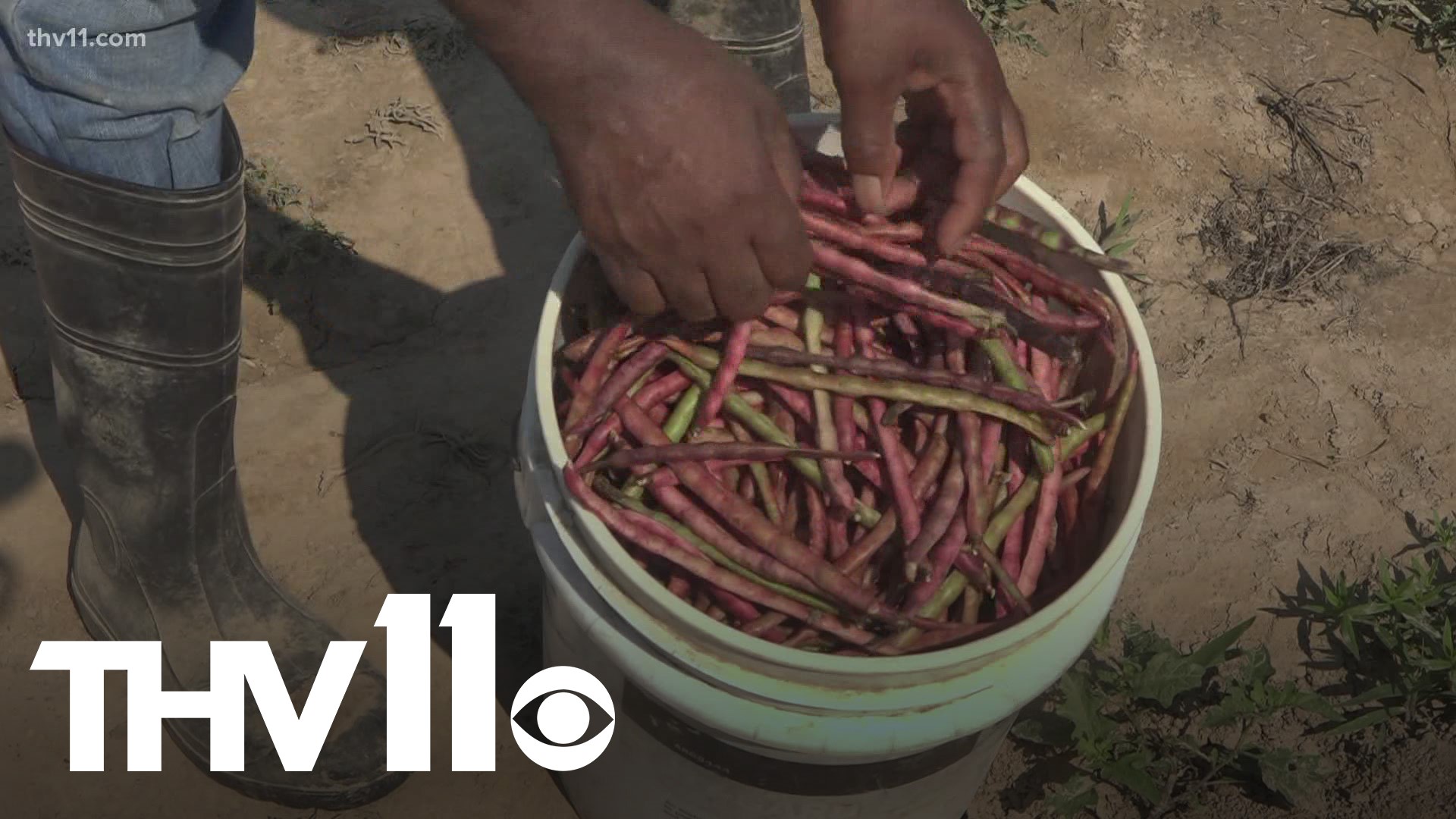 BRINKLEY, Ark — Out of 3 million farmers across the country, only 45,000 are Black according to the United States Department of Agriculture (USDA) with only 1% of that number is in Arkansas.

Carl Burnett is a part of that percent with his 40-acre farm in Brinkley.

You can find him out spraying his pink-eyed purple hull peas in the morning.

He's been a farmer for the last 30 years, inheriting the land from his grandfather. He says there have been two generations of farm loan rejection in his family when trying to apply.

It wasn't until he reached out to the non-profit, Arkansas Land and Community Development Corporation (ALCDC) that he received his first loan.

Ashley Crockett is in charge of outreach for the non-profit and says they oversee 42 counties and counting with a mission to use agriculture to help not only minority farmers but different areas of minority communities.

"We focus on youth, developmental housing, micro-urban farms, and inherited heir properties because, over the years, African Americans have been slighted. Even with other minorities, they're at such a disadvantage," said Crockett.

She says African Americans have gone from 12 million acres nationwide to now four.

By focusing on youth, they're keeping the next generation interested in agriculture. USDA's Rural Housing Service offers a variety of programs to build or improve housing and essential community facilities in rural areas.

Micro urban farms offer individuals a way to start up farming, without the hassle of buying land.

Heir properties can have a lot of legal strings that tie up individuals and their families, and the non-profit helps them navigate through the system.

ALCDC President, Calvin Richard King Sr. has been the running president since the organization started. He says numbers have dropped significantly in the last five decades of just African American farmers.

The organization cites the late Arkansan Floyd Brown who started the now-closed Fargo Agricultural School in 1920 as being the driving force behind remembering how African Americans had a larger presence in Agriculture.