Governor Hutchinson announced on Tuesday that the Pfizer vaccine is authorized in Arkansas for ages 12 to 15. 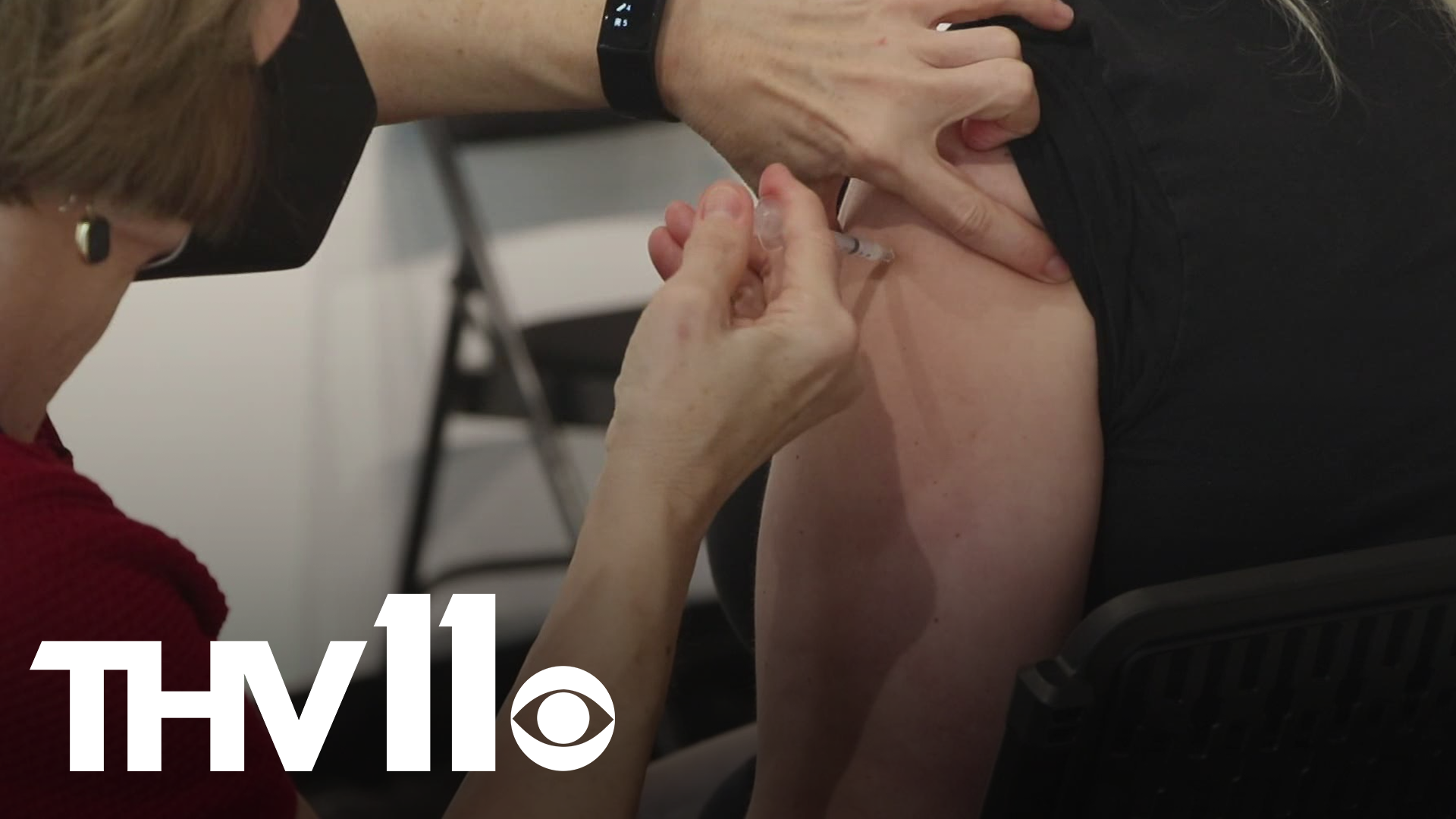 LITTLE ROCK, Ark. — Governor Hutchinson announced on Tuesday that the Pfizer vaccine is authorized in Arkansas for ages 12 to 15.

It comes after the FDA gave its approval Monday afternoon.

We still have to wait on the advisory committee to give the final OK and that is expected to happen Wednesday.

In the meantime, pharmacies and doctors' offices are already getting all their plans set and ready to get those shots into arms as soon as they can.

Over the past 24 hours, Kavanaugh Pharmacy's phone has been ringing constantly.

Several of those calls have been from anxious parents after the FDA approved the Pfizer vaccine for kids 12 and up on Monday afternoon, according to owner Anne Pace.

"We've had a lot of people that are eager to do it, ready to get their kids vaccinated, especially before they go off to summer camp," she said.

Pace said they are hoping for high demand, so they already have their plans squared away.

She said they've expanded their vaccine clinic hours until 4:30 p.m. during the week to get kids in after school.

Some parents and even schools, according to Pace, are already tentatively set up with potential time slots and clinics.

"We actually had some appointments today and tomorrow for it that we've gone ahead and just moved to later in the week," she said.

At Little Rock Pediatric Clinic, excitement is in the air, according to pediatrician Dr. Natalie Burr.

"I really feel like it's a bright spot in the last year with everything, not only we've been through as a community, but really our patients," she said.

Burr said they are partnering with a local pharmacy and since they don't have the proper freezer handy, appointments will be required.

"We would really need to make sure we strategically schedule the appointments ahead of time with people, so we know exactly how much to get," she said.

Both health professionals urging parents to really think about their decision, as cases continue to spread in this age group.

"Over 20% of new infections are now in kids because they're not a vaccinated group so we need to really hit that group hard," Burr said.

"I understand that it is a personal decision for each family and so really talk to someone about it, think about it," Pace said.

For those parents who may still be on the fence about getting their kids vaccinated, both Burr and Pace said to talk with a health professional who you trust.

Some school districts are making plans to set up clinics for their students in that age range while others are deciding not to because of the window between the two shots since students won't be in school anymore by the second dose.