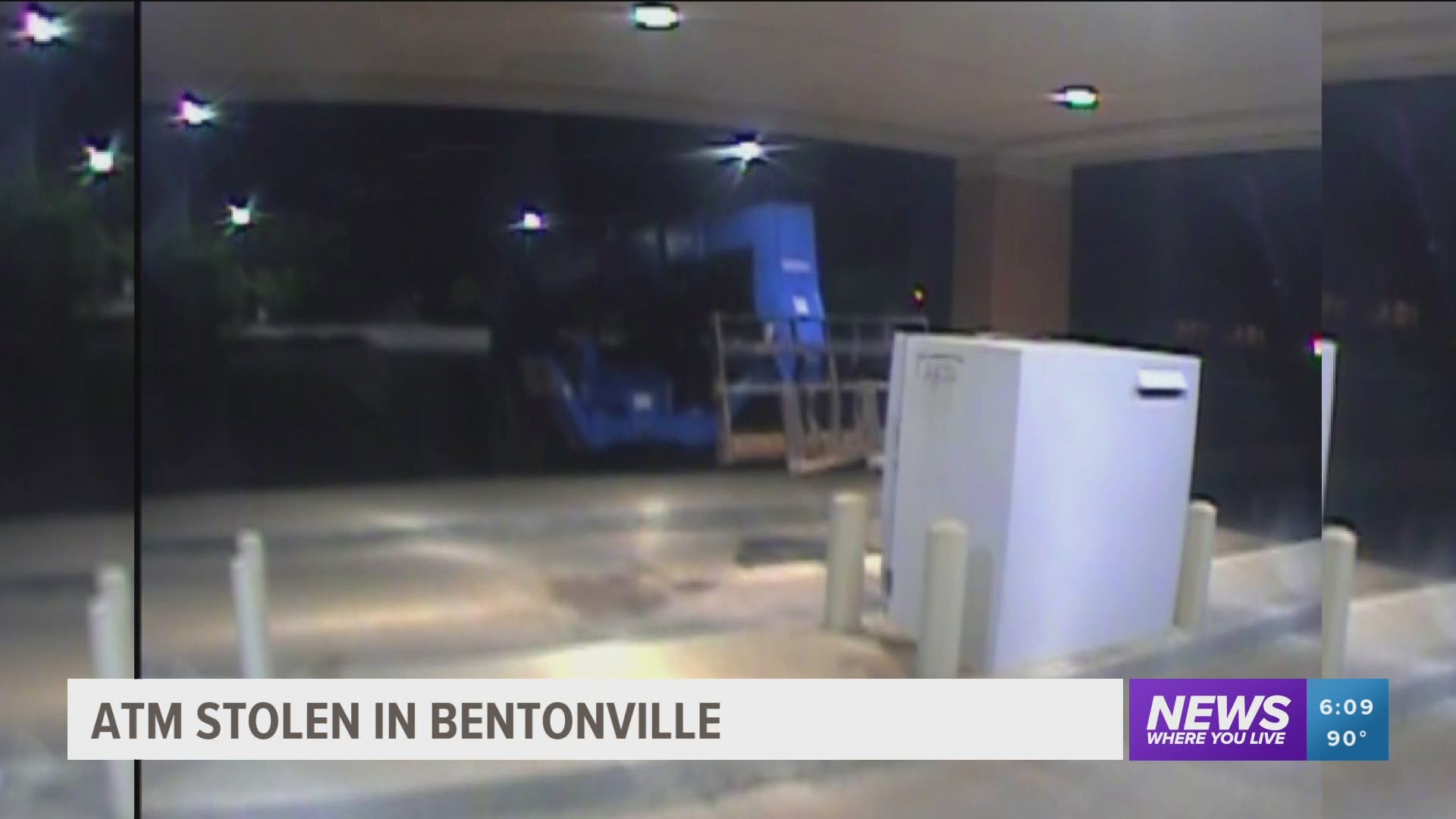 Video footage from the bank determined that the suspect or suspects who did this loaded the ATM into a large dump truck, and fled the scene.

At 8:58 a.m., Bentonville Officers were able to locate the dump truck at a construction site in Rogers, just a few miles from the bank.

With the assistance of the Rogers Police Department and the local FBI Field Office, critical pieces of evidence are being collected.

The investigation is currently ongoing, and a reward of up to $10,000 is being offered for information leading to the arrest and prosecution of the suspects or suspects related to this investigation.

Anyone with information about this crime can contact the Bentonville Police Department’s non-emergency phone number at 479-271-3170. The personal information of callers can remain confidential.

RELATED: Man steals tip money from Benson's Grill in Fort Smith, returns later to give it back