For the first time in 10 years, a Black-owned restaurant opens in the River Market District 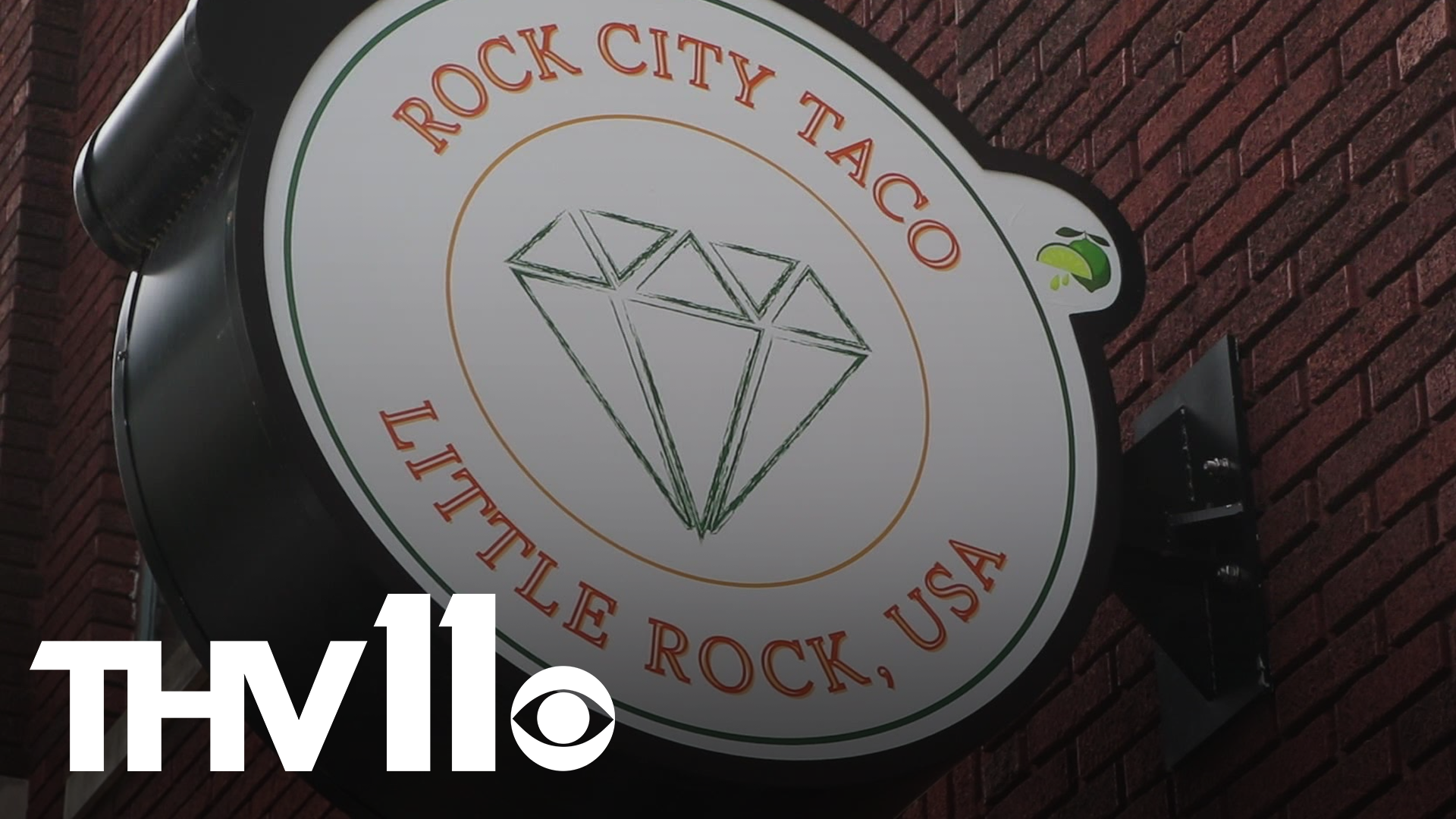 LITTLE ROCK, Ark — The first Black-owned brick-and-mortar restaurant in the River Market, in over a decade, is getting ready to open its doors.

Rock City Taco is the newest addition to the 3rd Street block in downtown Little Rock.

Owner Joe Vincent opened up another restaurant near the Capitol less than a year ago and said this has always been a dream of his.

"I was always in the kitchen with my grandmother cooking, trying to learn little secrets, learn family recipes," he said.

From a young age, Joe Vincent loved pleasing others through service; whether it was in the janitorial industry where he started, or in the restaurant industry that he's now taking by storm.

"It's kind of taken off faster than we expected, but it's been a year, and here we are on the third location," he said.

He opened up two different restaurants last summer, in the middle of a pandemic, with a third on the way.

The newest, Rock City Taco, is an idea birthed from Vincent's other restaurant, Rock City Kitchen.

"With us being right here next to the presidential library, some other mile markers here in the city, I think that it's a great space for us to be in," he said.

Those mile markers, that could also be described as milestones, with Vincent being the first Black-owned brick-and-mortar restaurant to open its doors in the River Market in over a decade.

Gabe Holmstrom, the Executive Director of the Downtown Little Rock Partnership, said this is exciting for downtown and the city as a whole.

"It's always great to see when we have new businesses coming in and opening up and offering a new variety of things for downtown," he said.

Holmstrom said not only does the opening bring diversity, but it also shows the life breathing back into the capital city.

"People are willing to come back out and they're ready to come out and spend money," he said.

Excitement and variety are exactly what Vincent hopes to bring downtown with every taco he serves.

"After 10 years to be able to come back to the River Market downtown area is a great opportunity," he said.

Rock City Taco's grand opening is Wednesday, May 5, to celebrate Cinco De Mayo. It is open Monday through Sunday from 7 a.m. to 11 p.m.