Breaking a sweat while spreading awareness: Running 13 miles to find a cure for Alzheimer's

Sunday marked Jason Boschan's 24th half marathon in his 24th different state. All of these runs are for one main cause. 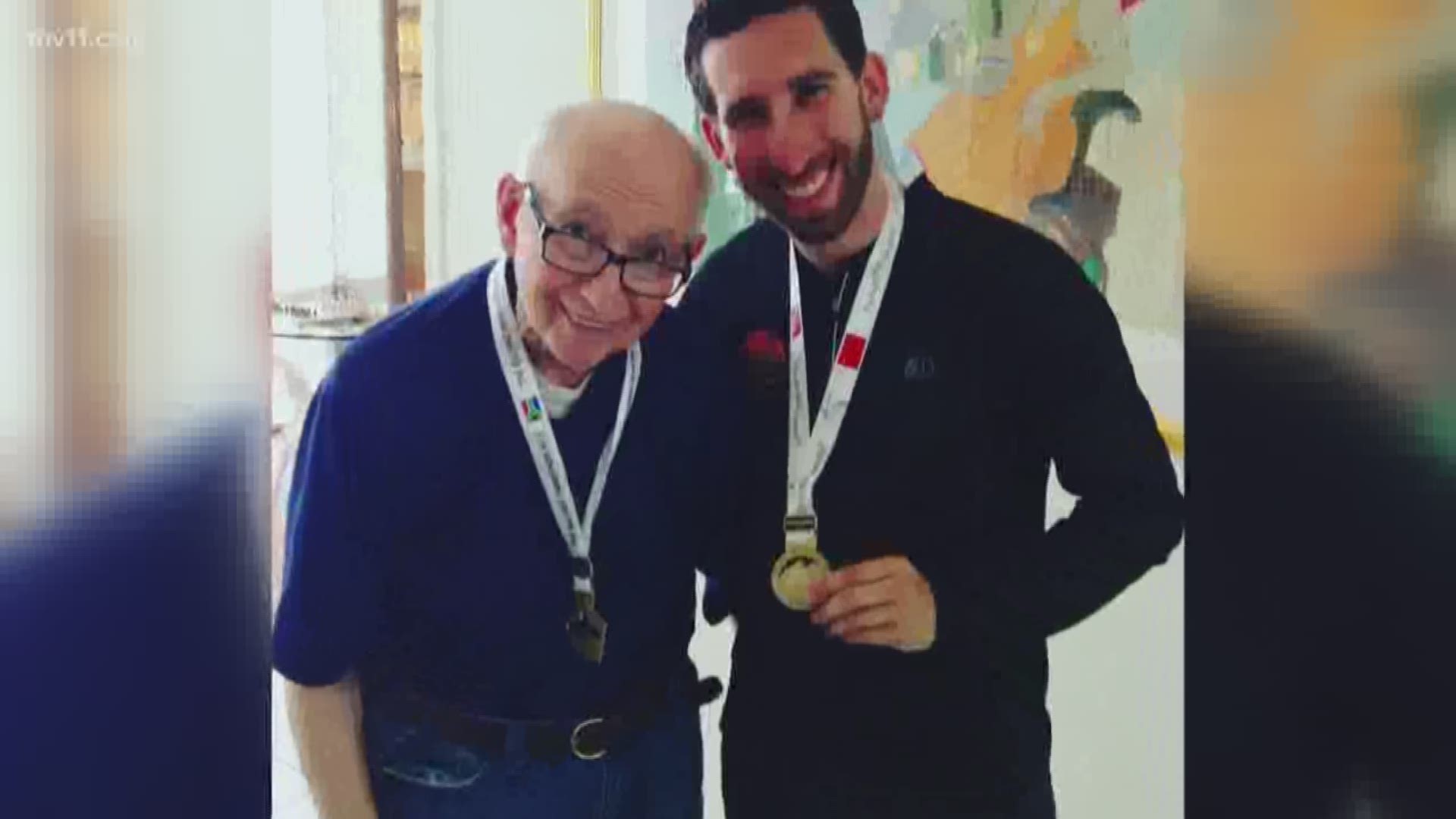 LITTLE ROCK, Ark. — At the Little Rock Marathon on Sunday, when one runner crossed the finish line he was looking for a prize much bigger than a finisher's medal.

It was Jason Boschan's 24th half marathon in his 24th different state.

Believe it or not, he was actually in Jackson, Mississippi on Saturday running a different half marathon and got into Little Rock Saturday night for his first trip here.

Boschan said all of these runs are for one main cause.

"My hope is that there will be a cure for this disease in 10 years or less," he said.

For every 13 miles Boschan runs, he is crossing the finish line not only to remember the memory of a man close to his heart but also for hundreds of people he has never met.

"Dementia isn't relegated to Little Rock, Arkansas. It's not relegated to Charlotte, North Carolina or the United States, so it's impacting families all around the world," he said.

About eight years ago Boschan's grandfather was diagnosed with a rare form of dementia and passed away.

"Like many other people who go through this vicious disease, it's equally as hard on the family as it is on the person," he said.

That's when Boschan decided to create Run4Papa as a one-year idea to raise money for Alzheimer's and dementia research.

"Running a race like this for a few hours or a marathon is nothing compared to what the families are battling each and every day," he said.

It has taken Boschan to places like the Great Wall of China, Antarctica and in two months, Mt. Everest.

"By running all of these different venues it's highlighting the city that I'm in and it's also showing that dementia affects people all over the world," he said.

Partnering with Northwestern Medicine, Boschan has raised more than $250 thousand in donations, which have helped fuel more than $5 million worth of clinical research.

"We really turn that money into proactive clinical research this year. It's not five years out, it's not 10 years out," he said.

Boschan said he has never trained for any of the 13 miles he has ran.

This ability to just get up and go, is what he calls, his hidden superpower.

A superpower fueled by love and fight for his gentle-hearted grandfather.

"He knew that it was for more than just him. He knew it was for people like him that would have a better shot at surviving this disease over the next decade or so. For that I take a lot of solace and comfort," he said.

100% of every contribution goes to fund Alzheimer's and other related dementia research and all of Boschan's trips are self-funded.

You can learn more and donate to Run4Papa here.

RELATED: Fight to the finish line: Pacer in Little Rock Marathon helps others while battling fight of his own

RELATED: Benton Elementary P.E. coach gets emotional as her kids prepare for marathon