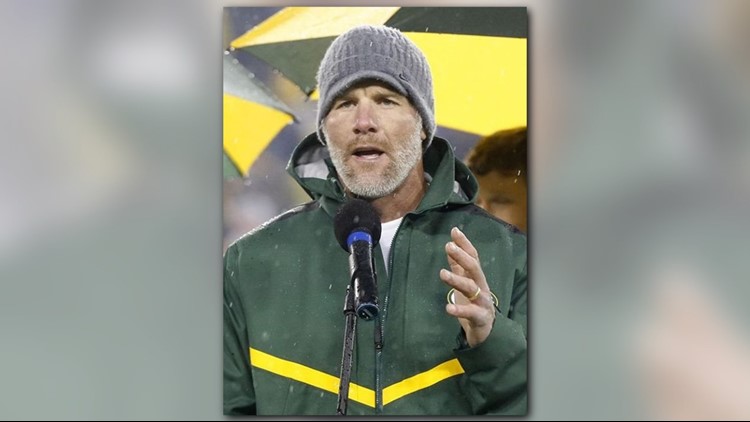 Photo by: AP
Former Packers QB Brett Farve released a statement Saturday explaining how he was duped into recodring a video that included anti-semitic language.

Hall of Fame quarterback Brett Favre on Saturday explained how he was duped by white supremacists into using coded, anti-Semitic language in a video.

In a statement posted to his Facebook page on Saturday, the ex-Green Bay Packers QB wrote that he had received a request through the "Cameo" app to record what he believed was a message of support for a veterans group. According to Cameo's terms of service, users can buy personalized video messages from celebrities and athletes. Favre, who had to approve the message, receives $500 for each recording.

However, as Buzzfeed reported Friday, the request to Favre was not from a veterans group but from white supremacist YouTubers who provided coded language for the video that Favre recorded:

“Brett Favre here with a shout-out to the Handsome Truth and the GDL boys,” he said. “You guys are patriots in my eyes. So keep waking them up and don’t let the small get you down. Keep fighting, too, and don’t ever forget the USS Liberty and the men and women who died on that day. God bless and take care.”

Favre said in his statement Saturday that a few days after making the video, "I was distressed to learn that the request came from an anti-Semitic group that reposted my video with comments implying that I endorsed their mission. Nothing could be further from the truth."

He added that he was "sickened" by what these groups represent, and said he is donating his $500 payment to charities that fight hate and bigotry.

While Buzzfeed said it had viewed the video -- which was removed by Cameo -- the site chose not to post it. In a statement emailed to USA TODAY Sports and posted on its Facebook account, Cameo said:

"On or about November 22nd, Cameo talent received requests that appeared to be aimed at supporting the American military. After recording the videos Cameo learned that the request came from an anti-Semitic group and contained content that could be interpreted as anti-Semitic.

"This was a blatant misuse of the Cameo platform and a violation of Cameo’s terms of service. This is the first incident of its kind in more than 93,000 Cameos and a gross misrepresentation of the talent’s political beliefs. Cameo immediately removed the videos from the website, requested YouTube to remove the content and created new filters to prevent this from happening in the future. The user has been banned from purchasing Cameos."