Officer Hodgson showed her battle wounds where shotgun pellets tore into her head. "I'm here for life, this doesn’t change anything,” she said of being an officer. 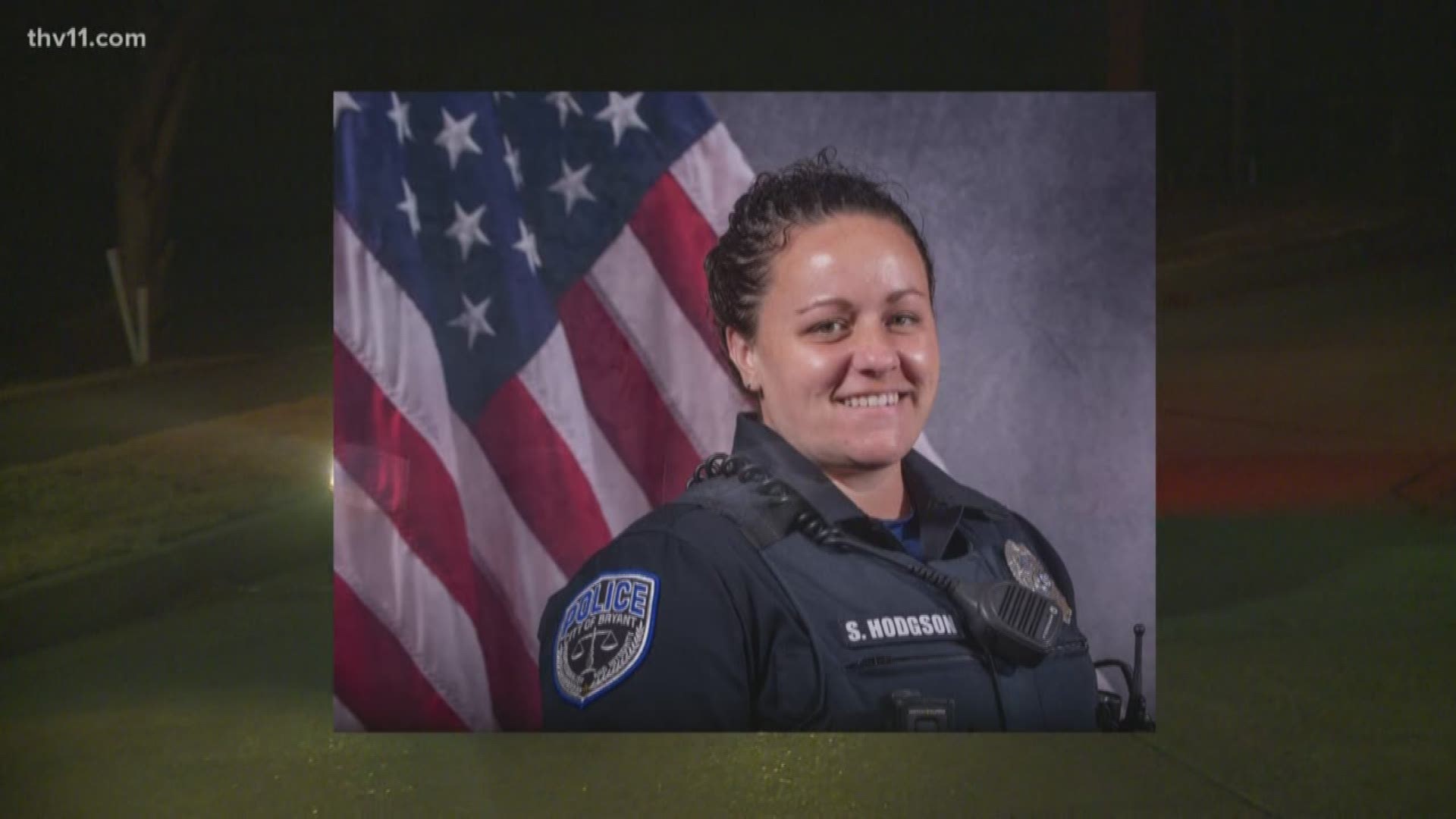 BRYANT, Ark. — Bryant police officer Samantha Hodgson spoke for the first time Tuesday after being shot in the line of duty right before Christmas.

Officer Hodgson showed her battle wounds where shotgun pellets tore into her head.

“I've had a lot of prayers, and I appreciate it more than anyone will ever know,” said Hodgson. "I'm actually doing better than people think."

The Bryant community came to a stand-still when hearing what happened to officer Hodgson.

She was hit checking on a man whose family feared he could be suicidal.

As she worked to get the man help, he fired through the front door, striking her in the head, neck, and shoulder.

"I'm here for life, this doesn’t change anything,” said Hodgson. “I’ve always wanted to be a police officer.”

While Officer Hodgson continues her fight to get better and suit up again, the community is helping in her healing process.

“This is really about Sam,” said Chuck Camarato, owner of Lost Pizza Co. in Benton.

The Lost Pizza Company in Benton, with no ties to law enforcement, hosted a community-wide fundraiser all day Tuesday.

"We are donating 10 percent of all proceeds straight to Sam for whatever she needs,” said Camarato.

“They put their lives on the line every day, so this is a great way for the community to come together to support her."

Hodgson said it's this community support that's pulling her through recovery.

"Thank you so much for everything, the thoughts, the prayers, the encouragement,” said Hodgson.

Lost Pizza Co. will be open until 9 p.m. Tuesday for anyone who wants to donate to Officer Hodgson.

RELATED: City of Bryant stands behind injured officer shot in the line of duty