Bryant police identify man who was killed after shooting officer

According to Sergeant Todd Crowson with the Bryant Police Department, an officer was shot at the Greens apartment complex. 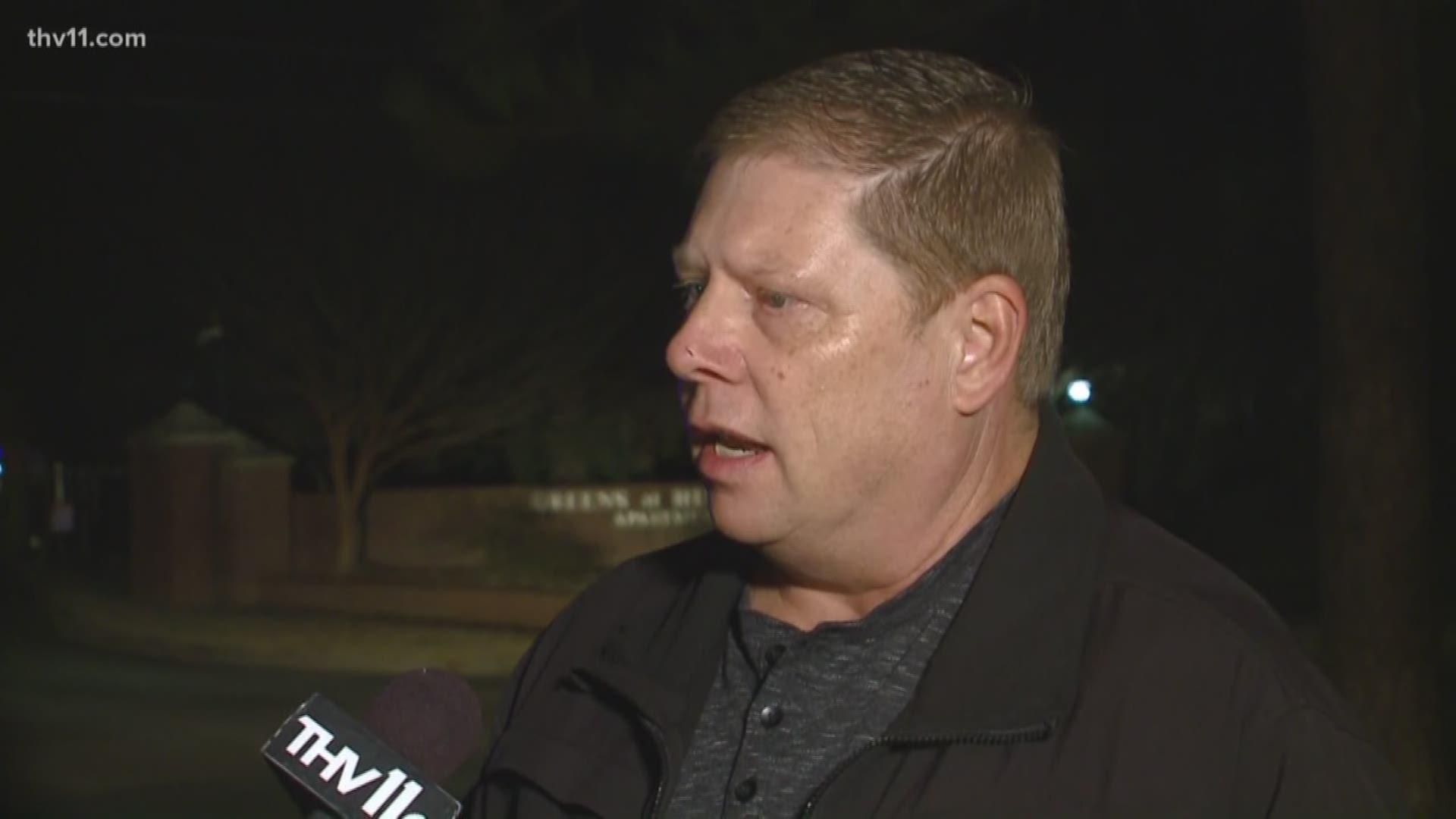 BRYANT, Ark. — A use of deadly force by a law enforcement officer investigation is underway by Arkansas State Police arising out of an officer involved shooting incident in Bryant on Monday, Dec. 23 shortly before 8:30 p.m.

The investigation was requested by Bryant Police Department authorities after one of their officers was shot and wounded.

Austin Chase Swindle, 24, was shot and killed by police after he allegedly fired a shotgun blast through a door at police officers who had arrived at an apartment complex to check his well-being based on a report from a concerned family member. The incident occurred at 1200 Whirlwind Street in Bryant.

Following the gunshot being fired and wounding one officer, Swindle reportedly exited the apartment brandishing the shotgun. Swindle is said to have refused to comply with police orders to drop the gun, then pointed the shotgun at police who shot and killed him.

The wounded officer was identified as Officer Samantha Hodgson. She is believed to be stable at a Little Rock hospital.