"We just wanted to have an option so people could still be involved in Halloween and kind of make it fun for the kids." 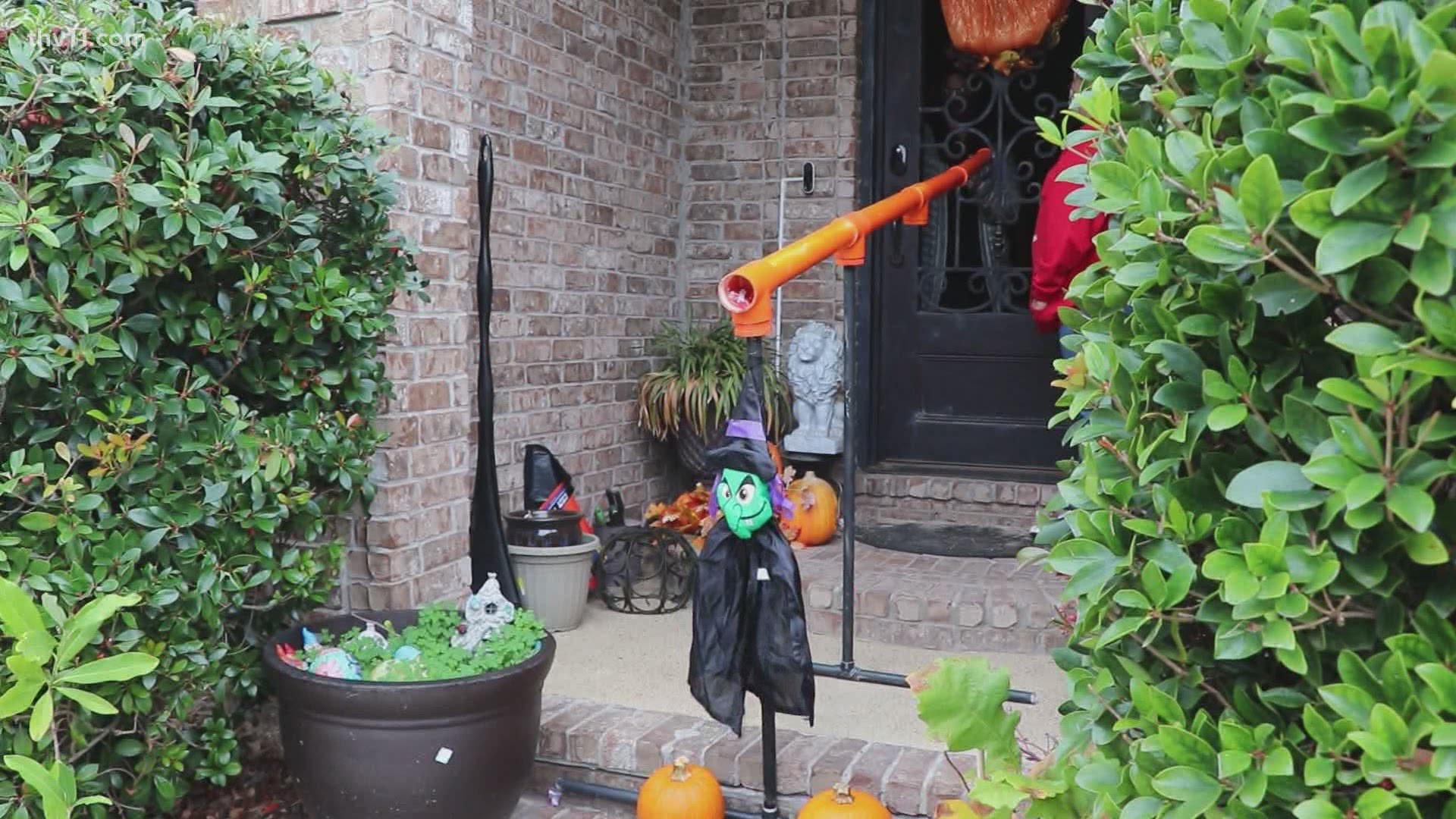 CABOT, Arkansas — With Halloween just five days away, many families are preparing for what is going to be a very different holiday.

Cabot mom Brandy Bullock decided to think outside the box with a new and safe way to still give kids their treats.

It's becoming a pretty popular way for families to still take part in trick-or-treating, but with safety at the heart of it all.

Bullock said that "safety element" is why she decided to start making the candy chutes.

"I think it's important to make sure we have something familiar for our kids," she said.

According to Bullock, all it takes is just three simple materials.

"All of this is actually just PBC pipes, spray paint and connectors," she said.

Bullock is bringing familiarity to her neighborhood streets by delivering that sweetness everyone craves on the 31st of October, but in a whole new way.

"All you have to do, basically, is put in candy in the tube at the end there and then it just shoots out down here," she said.

Just like that, the goodies fall right into the bucket for, what Bullock described, as an easy contactless trick-or-treating.

"There's also going to be a remote control doorbell, so whenever the kids come up they can hit that without having to come up to the door," she said.

The idea sparked at the beginning of the month when one of Bullock's friends reached out and asked if she could make one of these chutes because several of her family members are immunocompromised.

"We just wanted to have an option so people could still be involved in Halloween and kind of make it fun for the kids," she said.

No matter the color, design, or size, Bullock will put it together so that her community can have a safe Halloween and kids can celebrate a holiday with some sense of routine.

"It makes them feel special and it's something that's not normal, but at least it still celebrates that thing," she said.

You can reach out to Brandy Bullock on Facebook to order a candy chute. She will be taking orders until Friday morning. Prices vary by customization.