The Bryant community is standing by Officer Samantha Hodgson after she was shot and injured in the line of duty Monday night. 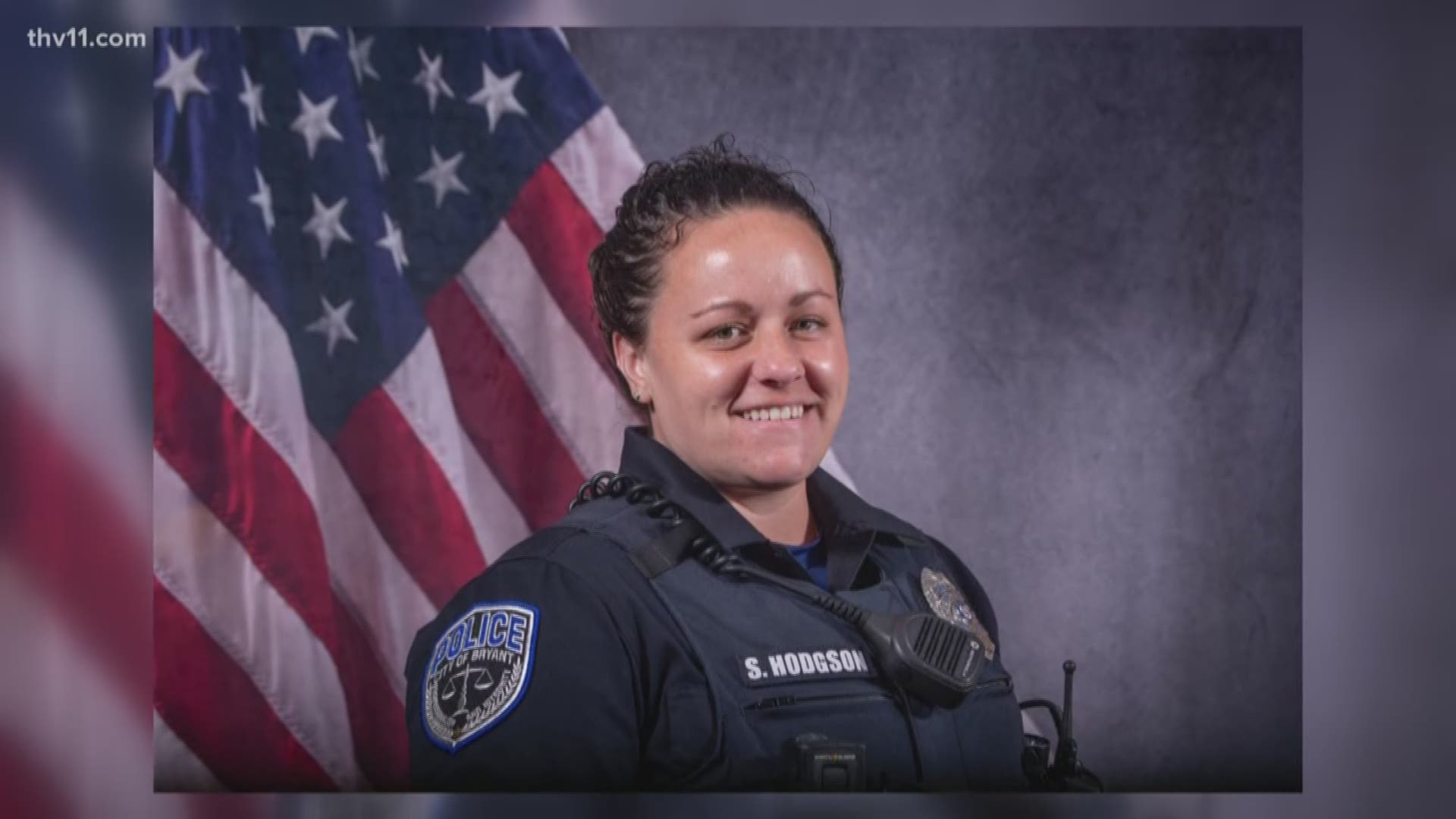 BRYANT, Ark. — The Bryant community is standing by Officer Samantha Hodgson after she was shot and injured in the line of duty Monday night.

"If there is anyone out there born to wear the badge, it is her,” said Sgt. Todd Crowson with the Bryant Police Department.

Officer Hodgson is stable at UAMS in the Intensive Care Unit recovering from her injuries. Her condition is unknown.

"This is not how she expected to spend her Christmas,” said Crowson.

She's one of the first officers who responded to a welfare check for a man whose family said may be suicidal.

She met Austin Swindle at his apartment door at the Green's Complex hoping to get him help. Instead, he immediately fired a shot and wounded her.

“She loves what she does, she loves helping people as much as she can,” said Crowson.

After Swindle shot the officer, he came out of his apartment with the gun, and according to police refused to comply with their orders and pointed the gun at them.

Bryant Police Officer David Miller then shot and killed him.

The community is showing their support as the small town gets through the holidays and these tough times.

"We’ve gotten all kinds of texts, phone calls, messages from people everywhere checking on her, checking on us. It really means a lot. This community just wraps themselves around us not just law enforcement but the entire first responders here,” said Sgt. Crowson.

Officer Hodgson has served over a year at Bryant PD. Her Friends in blue call her a fighter and believe they'll see her smile again in uniform.

"We are strong,” said Crowson. “Bryant is strong, and so are our officers. We will pull through this."

Officer David Miller has been placed on paid-administration leave as standard procedure.

A PayPal account has been set up for Officer Hodgson's recovery fund.