"I really put literally everything into it and it was a big gamble that sadly didn't pay off," the owner said. 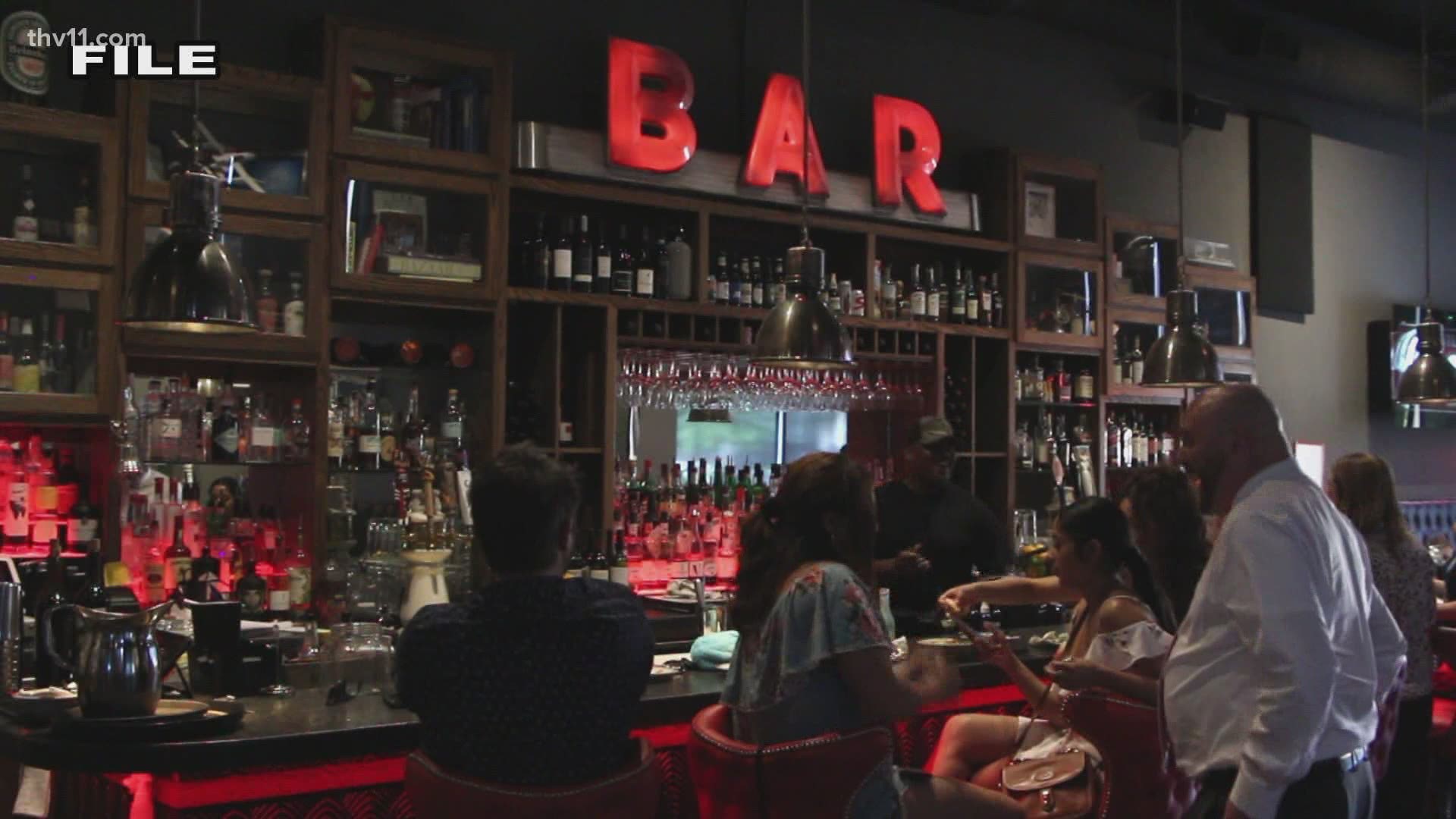 LITTLE ROCK, Ark. — Among the industries hit hard by the pandemic, bars and restaurants are especially affected.

We've watched our favorite spots fight to survive with takeout and limited seating, but unfortunately, some didn't make it.

Atlas Bar was just over a year old when the coronavirus started to make its way to Arkansas.

Just five days ago the cocktail bar made the announcement on Facebook that they were shutting down for good.

A decision that owner, Tony Poe, said wasn't easy but was the only thing left he could do.

"I really put literally everything into it and it was a big gamble that sadly didn't pay off," he said.

It was a risk Poe was willing to take to fulfill a lifelong dream that dates back to his high school years.

"I wanted to bring that sort of urban vibe to what I view is the most urban and diverse neighborhood in Little Rock," he claimed.

According to Poe, his Chicago style corner bar in the SOMA district was up and running for a little over 12 months when bars were mandated to shut their doors.

"I was like, 'Wow, okay, so we cannot operate, we have no revenue whatsoever and our space is intimate,'" he said.

The intimate space that Poe said the cocktail lounge was known for turned into a roadblock when bars could open at one-third capacity.

"The expense of getting back open, getting staffed up, getting the inventory up, would be just as much as if we were opening 100%," he said.

Without takeout, limited seating and no way to qualify for the PPP loan, Poe realized the cards were stacked up against him and it was time to pull the plug.

But he said he doesn't feel like a victim or a failure.

"It is sad and I'm grateful for the outpouring of support that we've gotten since the announcement, but I'm not alone, I take a little bit of comfort in knowing that I'm not alone," Poe said.

Greg Henderson, the owner of Rock City Eats, fears Atlas Bar and other restaurants that have followed suit won't be alone for much longer with rent and utility bills coming up.

"Coming into July and August, that is the point where restaurants are going to start closing that have been able to survive for this long, but now all of a sudden they have a higher operating cost," he said.

RELATED: Brewski's shut down by Arkansas after link to cluster of coronavirus cases

For those whose doors remain open, Henderson believes it's a tough road ahead.

"I think you're probably looking at the end of the year before restaurants can even think about making anywhere close to the amount of money they were used to making before," he said.

Poe said he's not sure of the future of Atlas Bar at the moment.

He said these last months have been stressful and jumping back into this business isn't appealing right now.