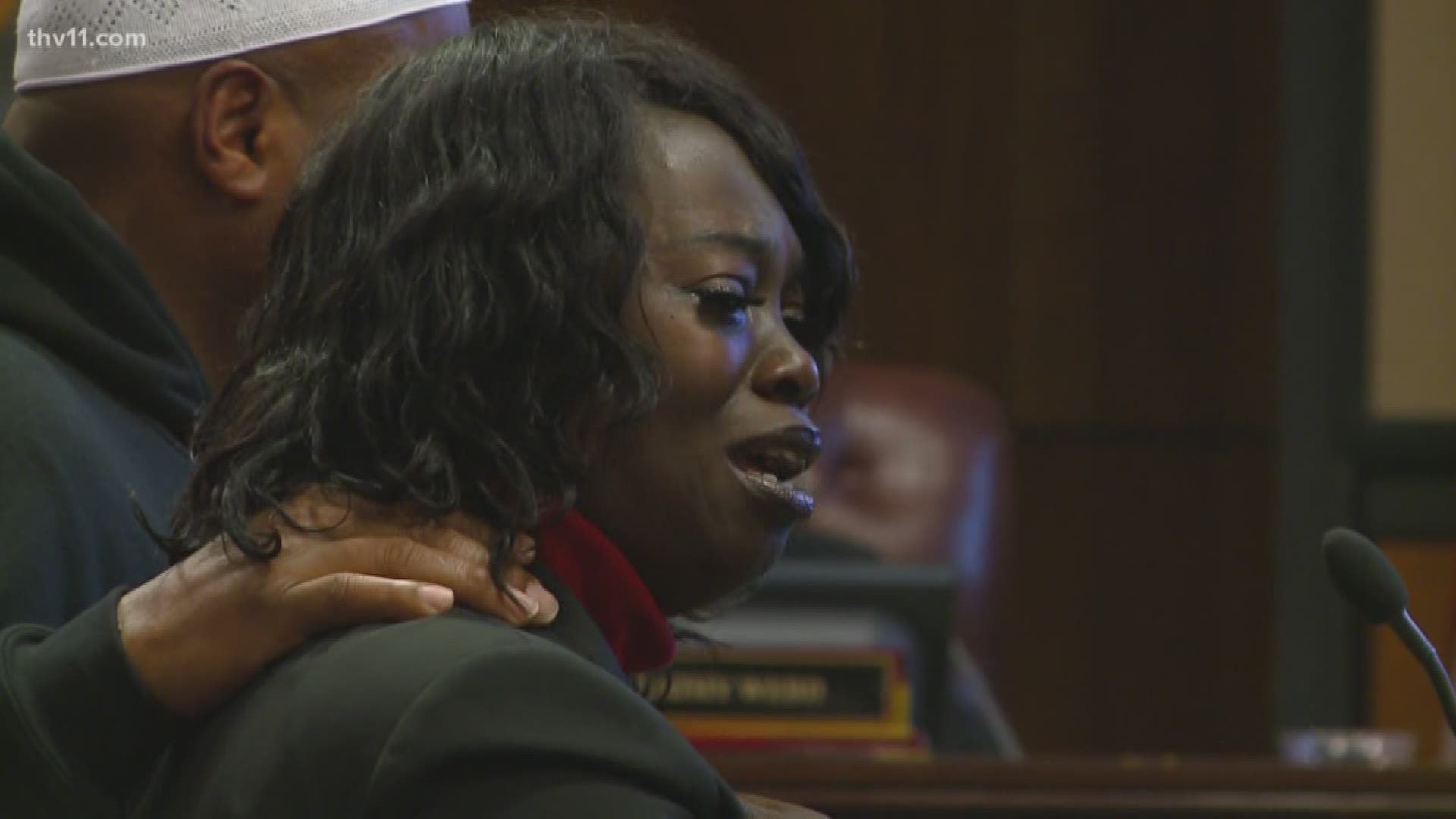 Our cameras were there as those at the center of the city's recent officer-involved shooting continued to make their voices heard.

The message from many community members Tuesday night was that Officer Starks should be charged with murder.

A "critical incident video" was released to the public on March 8 with dash cam videos, surveillance footage and narration from Little Rock police about the shooting.

Some in the crowd Tuesday asked for more accountability from the department, including body cameras for officers.

The prosecuting attorney's office says it is treating this case like any other homicide case and will determine if criminal charges are warranted.