People who were two strangers just months ago are now calling each other family after acts of kindness brought them together. 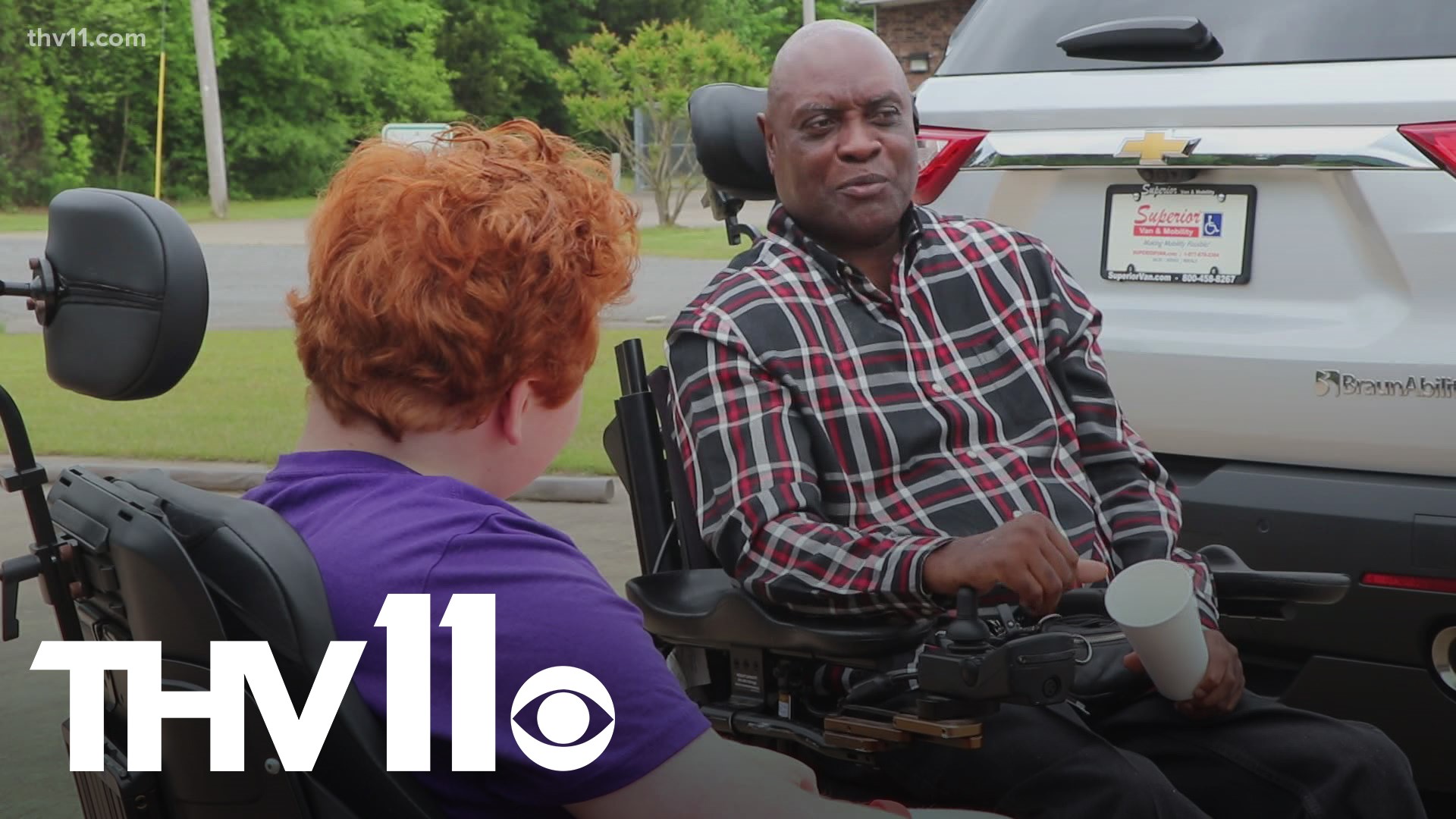 NORTH LITTLE ROCK, Ark — People who were two strangers just months ago are now calling each other family.

What started as an act of kindness from one man came full circle when he least expected it.

At first glance you may think Robert Ford and Dutch Daniel have known each other for years. Generations apart, but connected through their wheels.

"He taught me how to drift and how to go fast," Dutch said.

But this life long friendship only started months ago.

"It is crazy, but God says he moves in mysterious ways and only God can touch someone's heart," Robert said.

It all began at a wheelchair shop.

Robert was getting repairs done while the Daniels were looking to buy Dutch's first powered chair.

Robert saw many people that day, but he said there was something about this little red-headed boy.

"We have a disability van that we ride Dutch around in and he said, 'Let me take a look at that van of yours.' So, we went out there and that's where he approached and said, 'Hey, I've got a chair for you,'" Dutch's father, Scott Daniel, said.

A blue wheelchair that, according to Robert, he has been holding onto for over a year, just waiting on the right person to give it to.

"The Bible says better give than receive, so when God tells you to do something, you do it and you don't look for nothing in return," he said.

Scott said he really didn't know how to respond at the beginning.

"For a guy like me that has the ability to buy a wheelchair, if you will, where Robert doesn't have the ability to necessarily do that. For him to just show that level of an act of kindness is beside me, frankly," he said.

It wasn't until Robert insisted on coming over to the Daniels to show Dutch how to use his new wheelchair that Scott noticed Robert's van tied together with ropes and tape.

"It smacked me in the face that I knew right then I had to help get Robert a new van. He's got 200 something [thousand] miles on that current van and he needs a new one," he said.

With over $13,000 raised, Robert will soon be driving around in a whole new way.

The act of kindness coming full circle with strangers showing what it really means to pay it forward.

"Scott will always be my family, Scott has done more for me than anybody has ever did," Robert said.

"There's lots of ways that you can touch people's lives. He and Dutch now are going to be pals forever, drag racing buddies," Scott said.

Robert should be behind the wheel of his new van by next week.

If you want to help the Daniels' raise the rest of the money for Robert's van, you can click here.