Not only are parts of the trail caved in or bumpy, but numerous other parts of the park were also damaged -- like concession stands, pavilions, and soccer fields. 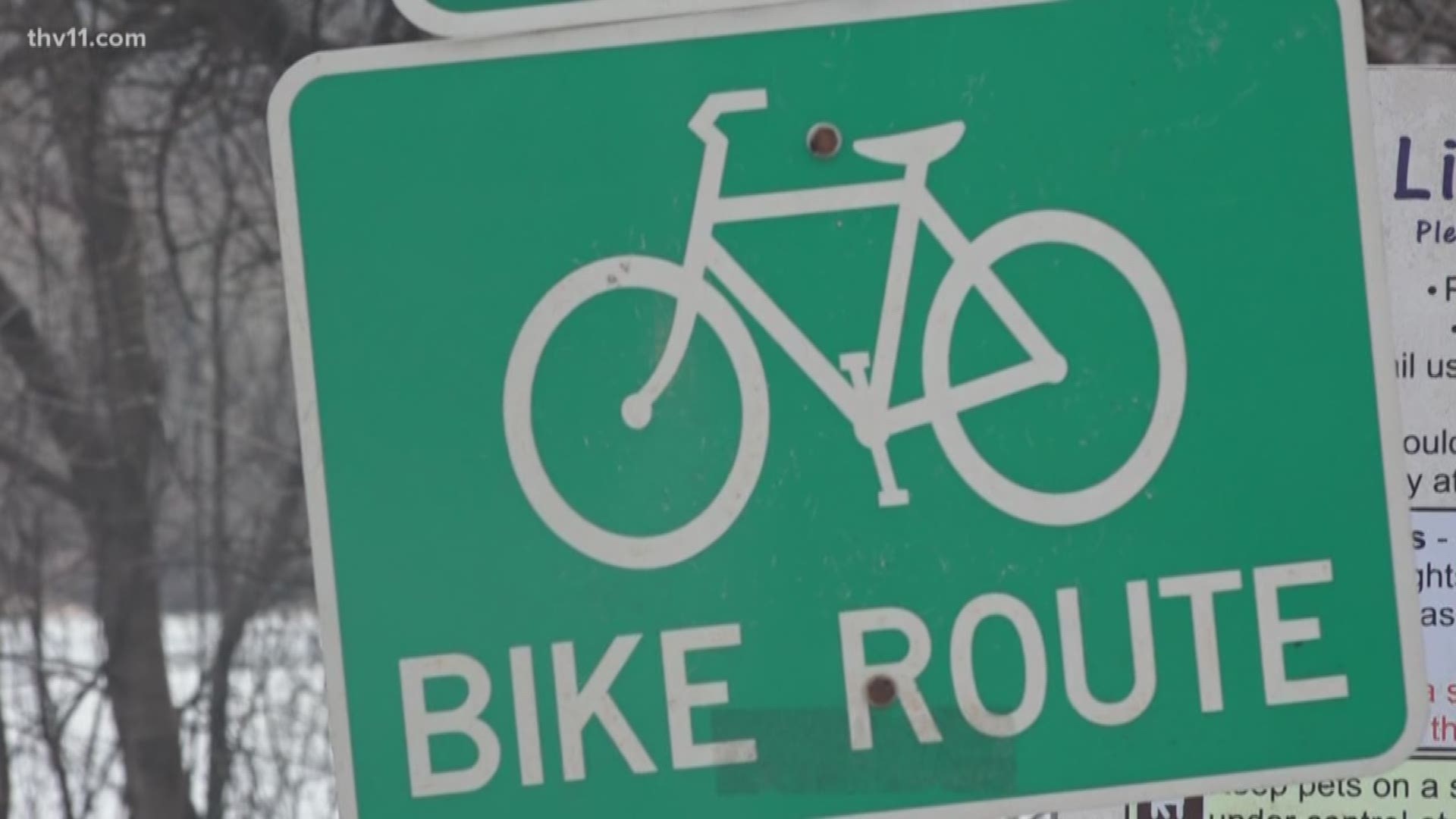 NORTH LITTLE ROCK, Ark. — After months of preparation, the Arkansas River Trail is being repaired after flood waters caused tons of damage.

Terry Hartwick, the parks and recreation director of North Little Rock, said crews are working fast, but have seven miles of the trail to complete.

"There's a complete gamut of things that happened with the flood,” said Hartwick. “Water got up to this area about 10 feet.”

John Foster is just one of hundreds of cyclists who consistently used the river trail. He ran into the construction Thursday and saw crews working on parts of the trail that caved in.

“We've been needing it for a while. It floods every time it rains,” said Foster. “It’s bumpy in areas where some of the trees are, so hopefully, this will alleviate the problem.”

Hartwick said numerous other parts of the park were damaged like concession stands, pavilions, and soccer fields.

It’s costing about a million dollars to repair everything.

“All this is underneath FEMA. This all happened during the flood,” said Hartwick. “From the Clinton bridge all the way to the Big Dam Bridge, it's just a mass reconstruction of things."

Walkers can still safely use the trail as it’s under construction. However, it could be too dangerous for bikers.

"It’s the bikers who are our concern,” said Hartwick. “Biker has his head down at some extent going 25 to 30 miles an hour, he comes around that curve and all the sudden, he comes up on a spot under construction.”

With multiple projects to complete along the river, it’ll take several weeks to complete.

Depending on weather, Hartwick believes it’ll all be done by the start of April.

RELATED: Arkansas River going down despite rainfall this month