Behind the fences of the highly-anticipated Argenta Plaza

The highly-anticipated Argenta Plaza will be ready for the community to enjoy the Saturday after Thanksgiving. 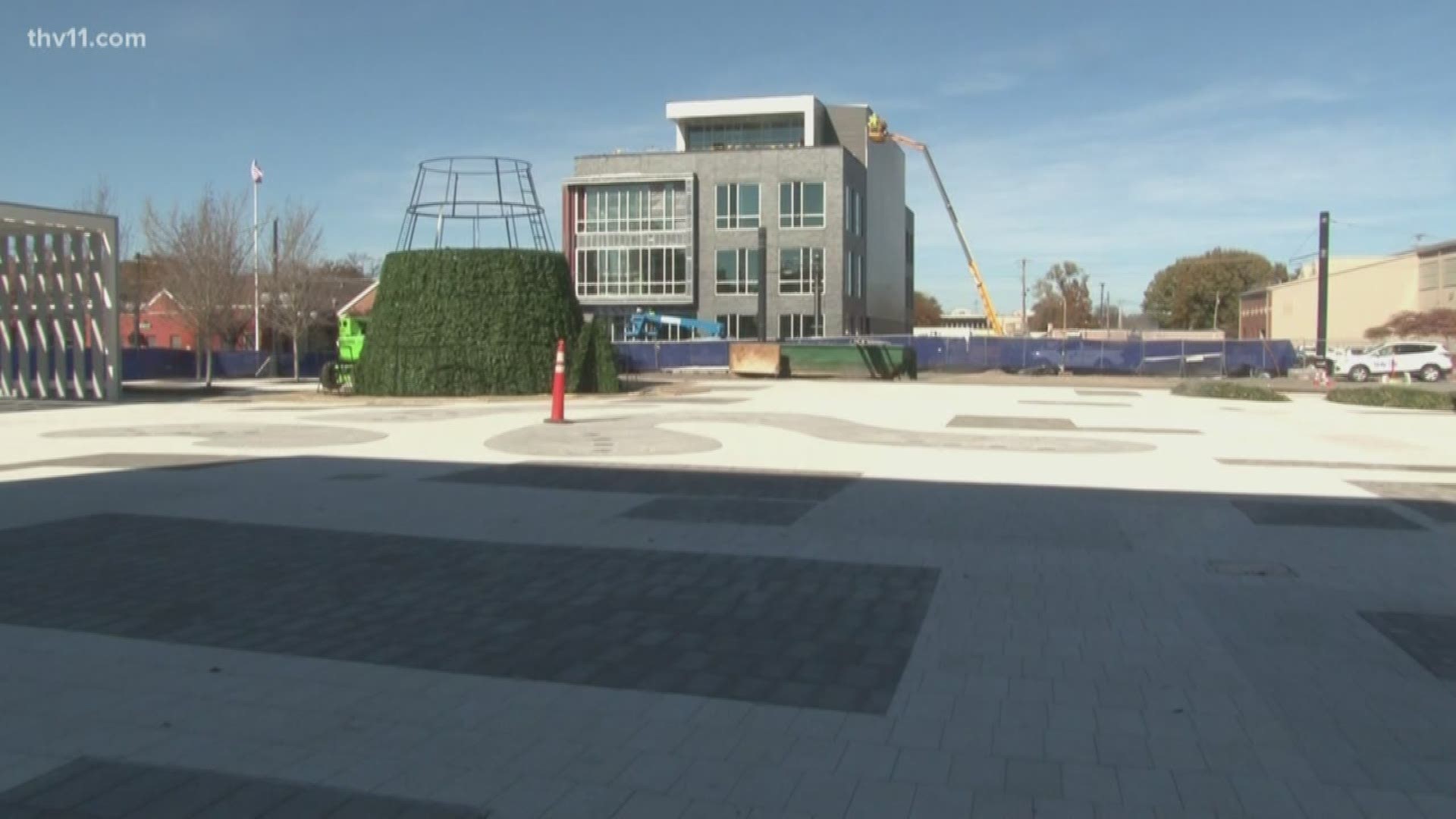 The highly-anticipated Argenta Plaza will be ready for the community to enjoy the Saturday after Thanksgiving.

It all started a couple years ago with a vision by North Little Rock Mayor Joe Smith. That vision turned into hard hats last October and in just under two weeks, those hard hats give way to a whole new space.

Robert Birch, Director of Workforce Development and Education for the city of North Little Rock, said it's a place where everyone in the community can come together as one.

"They're really going to be blown away I think," he said.

Finishing touches are all that's left for the long-awaited Argenta Plaza. Birch said Mayor Smith wanted a town square for all of North Little Rock to enjoy.

"We felt our downtown needed a spark. We already had some great development going on, but we just needed a place for the whole community to come," he said.

Birch said what started as a $5-million investment has turned into a $50-million return for the city.

"It started with that. And with that growth, we've had some businesses that you see being built around us," he said.

Businesses like the North Little Rock Convention and Visitors Bureau, brand new apartments, and the headquarters for a national tech company will call the plaza home.

James Meyer, project architect for the plaza, said Argenta and North Little Rock have been growing well, but there hasn't been a "recent signature place to show off."

"It really kind of helps plant the flag," he said.

Meyer said while the businesses are a plus, the vision all comes down to what will be ready the Saturday after Thanksgiving and what will fill the 150 by 250 foot spot.

"We talked about what makes something feel homey, what makes it feel like a place worth spending time in," he said.

Since Argenta is considered North Little Rock's front porch, Meyer said the planning team thought it was essential to add three huge swings at the front to give it that southern front porch feel.

Meyer said the front porch will welcome people from Main Street, fountains and colors will light up the center, and the backyard will be filled with greenery and shade right behind the 50 foot long waterfall.

"We offer a different vibe down here. It's really, truly going to be a place for everyone to come," Birch said.

To mark the occasion, the city will light up its Christmas tree, celebrating with music and bands as the Argenta Plaza makes its grand debut.

"It's not Argenta's Plaza, it is the city of North Little Rock's plaza," Birch said.

The Northern Lights Festival is on Saturday, Nov. 30 starting at 5 p.m. They will have it all, from food vendors to carriage rides to fireworks.