You may never walk a mile in one of our nation's heroes' shoes, but you do have the opportunity to walk alongside them to honor what they've done. 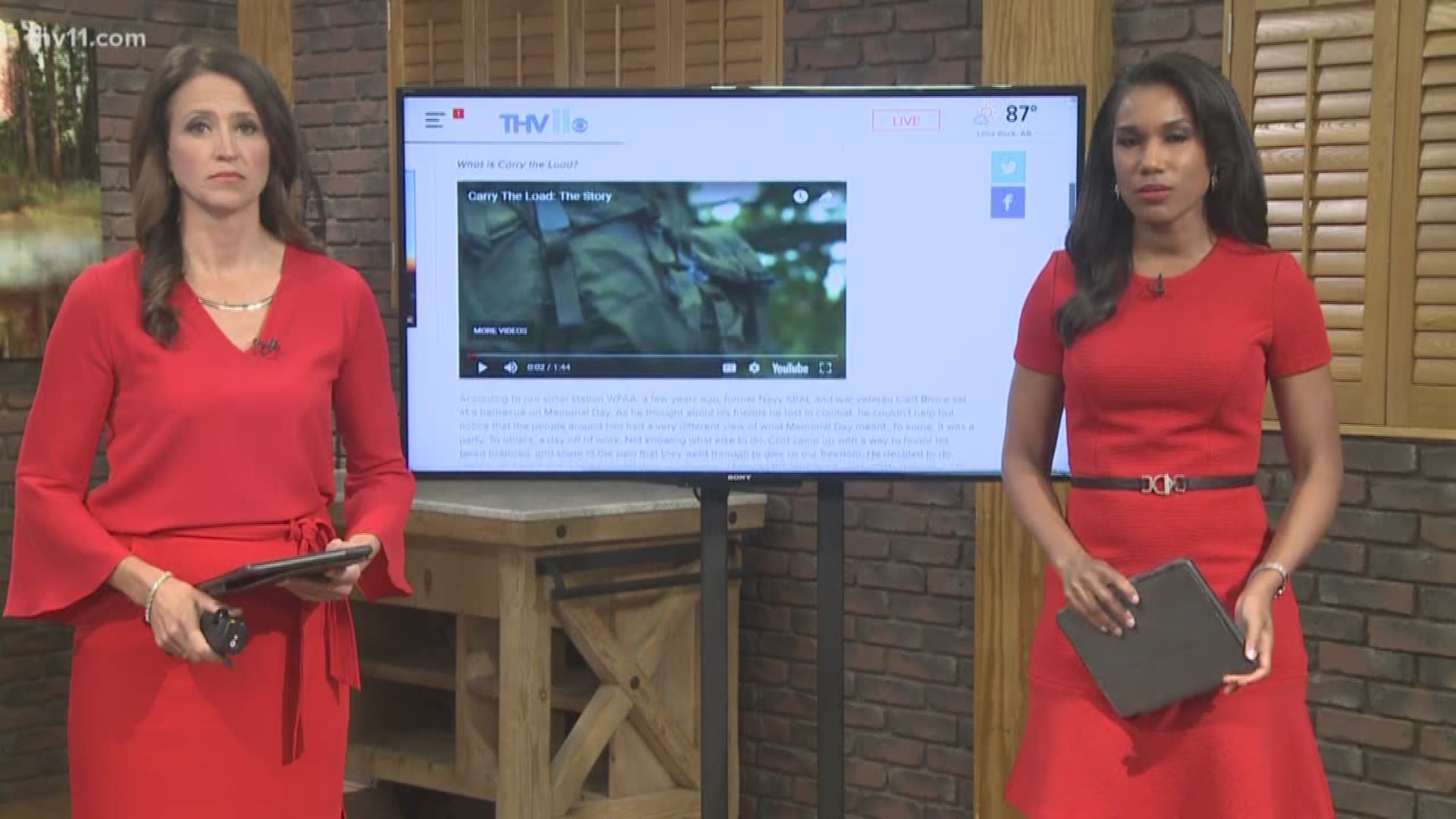 DALLAS, Texas (KTHV) – In an ongoing effort to connect Americans to the sacrifices made daily by our military, law enforcement, firefighters, rescue personnel and their families, Carry the Load kicked off its Memorial May campaign and will make several stops in the Natural State.

What is Carry the Load?

According to our sister station WFAA, a few years ago, former Navy SEAL and war veteran Clint Bruce sat at a barbecue on Memorial Day. As he thought about his friends he lost in combat, he couldn't help but notice that the people around him had a very different view of what Memorial Day meant. To some, it was a party. To others, a day off of work. Not knowing what else to do, Clint came up with a way to honor his fallen brethren, and share in the pain that they went through to give us our freedom. He decided to do what he did most when he was protecting our country alongside the buddies he lost. Clint strapped on his pack and began walking, all the while thinking about the guys that sacrificed for him, and for you. As he walked, he encountered another veteran, an older gentleman who knew exactly why, and exactly what Bruce was doing without either of them speaking a word. With understanding and wisdom, the man simply said, "Son, who are you carrying?" And with those five words, Carry the Load was born.

Since then, it has been Clint Bruce's and fellow Navy SEAL veteran Stephen Holley's tireless mission to restore the true meaning of Memorial Day, and connect Americans to the sacrifices of our military, law enforcement, firefighters, and rescue personnel. Get involved and show your support through participation, donating to the cause, or volunteering at a Carry the Load event.

You may never walk a mile in one of our nation's heroes' shoes, but you do have the opportunity to walk alongside them to honor what they've done.

Throughout the month of May, Carry the Load’s Memorial May campaign offers meaningful ways for people to join the National Relay team, City Rallies, and Dallas Memorial March.

Come join the Carry The Load Relay team as they stop in Hot Springs, Arkansas along the East Coast Route of the 2018 National Relay. Meet them at La Quinta on Central Avenue at 10 a.m. on Wednesday, May 23 and help welcome the Relay Team!

The route will make several stops in Arkansas beginning May 21 through May 24.

Funds raised during Carry the Load’s Memorial May campaign provide a continuum of care for our nation’s military, first responders and their families. New in 2018, Carry the Load has added a Text to Give feature.

By texting HONOR to 27722, participants can give $10 in support of Carry the Load and its mission. Chase, the U.S. consumer and commercial banking business of JPMorgan Chase & Co., is the title sponsor of Carry the Load for the fourth consecutive year, which reflects the firm’s ongoing commitment to the veteran and military communities. Chase’s support helps ensure that Carry the Load can live out its commitment to honor and remember our nation’s heroes.

“We are committed to supporting our nation’s military service members, veterans and their families every day,” said Ross Brown, Head of Military and Veteran Affairs at JPMorgan Chase. “We are honored to be supporting Carry the Load’s mission and look forward to paying special tribute to those who lost their lives in service to our country this Memorial Day.”