"We're all really facing the extinction of our businesses," said one Hot Springs business owner. 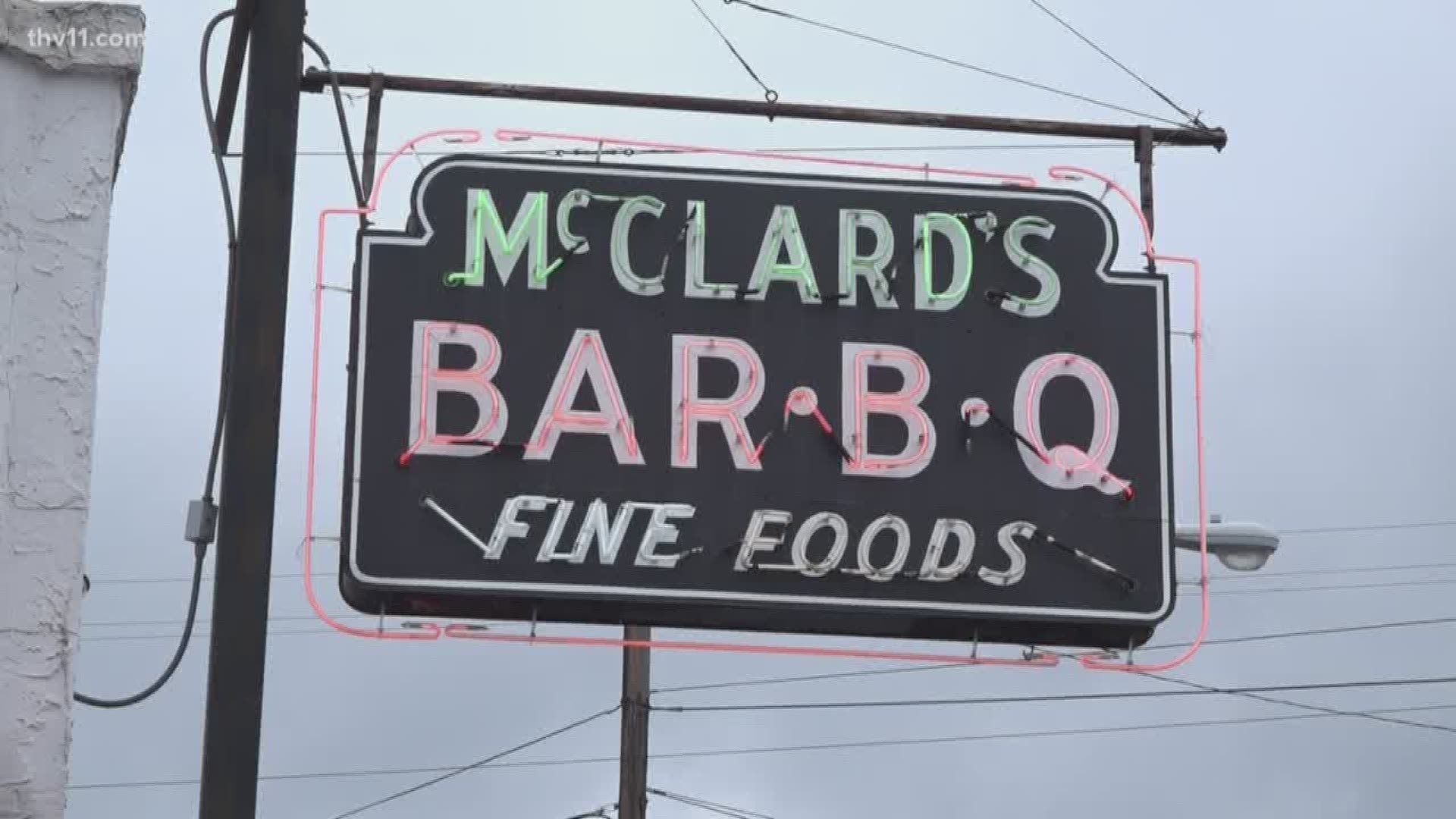 HOT SPRINGS, Ark. — Any hope that Hot Springs could try and salvage some of the tourist trappings at this busy time of the year were dashed Thursday when Governor Asa Hutchinson announced stringent social distancing measures in the face of the coronavirus pandemic.

"Everyone is struggling and you don't want to hurt your bottom line, but you don't want to put people at risk," said Scott McClard, co-owner of McClard's Bar-B-Q, the landmark restaurant famous for its celebrity diners over the years.

The pandemic has already led to the postponing of the Shortest St. Patrick's Day Parade and the closing of Oaklawn Racing Casino Resort to horse racing spectators and gamblers.

Mike and Donna Pettey had already closed the Ohio Club bar across from Bathhouse Row and moved their famous Al Capone statue inside. They even covered his mouth with a surgical mask.

"I don't know how long after 90 days we can hang on without some kind of assistance," said Mike Pettey.

"And I think most of the businesses are the same way," said his wife, Donna Pettey.

At lunch, city manager Bill Burrough met with McClard and Anthony Valinoti, owner of Deluca's Pizza, to plan a campaign to let people know restaurants could avoid spreading the virus by closing every other table and scrubbing beyond their normal routines.

"We're all in a really perilous time right now," said Valinoti, whose pizzas have been recognized as among the best in the state. "We're all really facing the extinction of our businesses in a lot of ways."

But after the governor announced a huge increase in positive cases and more evidence of community spread, Burrough and the others knew sit-down meals would be going away for a while.

Mike Pettey is covering his 30 employees for at least two weeks while watching closely for help from the government. He also is using the time to make some repairs.

"We're going to take advantage of while the doors are closed to do some of the stuff that would definitely disrupt business, like digging up drain pipes," Pettey said.

Across town, restaurant workers and others beat a steady path to the local unemployment office. Gov. Hutchinson had announced several workforce measures to help cushion the blow as events get canceled.

"The Kentucky Derby was probably one of our biggest events," said Brian Garrett as he filled out a form in his car. No one was allowed to linger in the office. Garrett had been laid off from a company that framed event pictures. "We'd set up tables [at events] and sell pictures, but they closed it down completely, I guess."

Some are trying to look for silver linings in the very grey skies, including Pettey, who notes a lot of things are merely postponed and the virus doesn't figure to shut things down forever.

"Everything that was here that was already bringing people here is still in place," he said. "As soon as this is over and people are cleared to be around people again, I really feel like Hot Springs will be one of the absolute first places in the country to bounce back."