When the Hot Springs Cultural Alliance said they wanted a mural honoring African Americans in Hot Springs, the ideas starting flowing from half a world away. 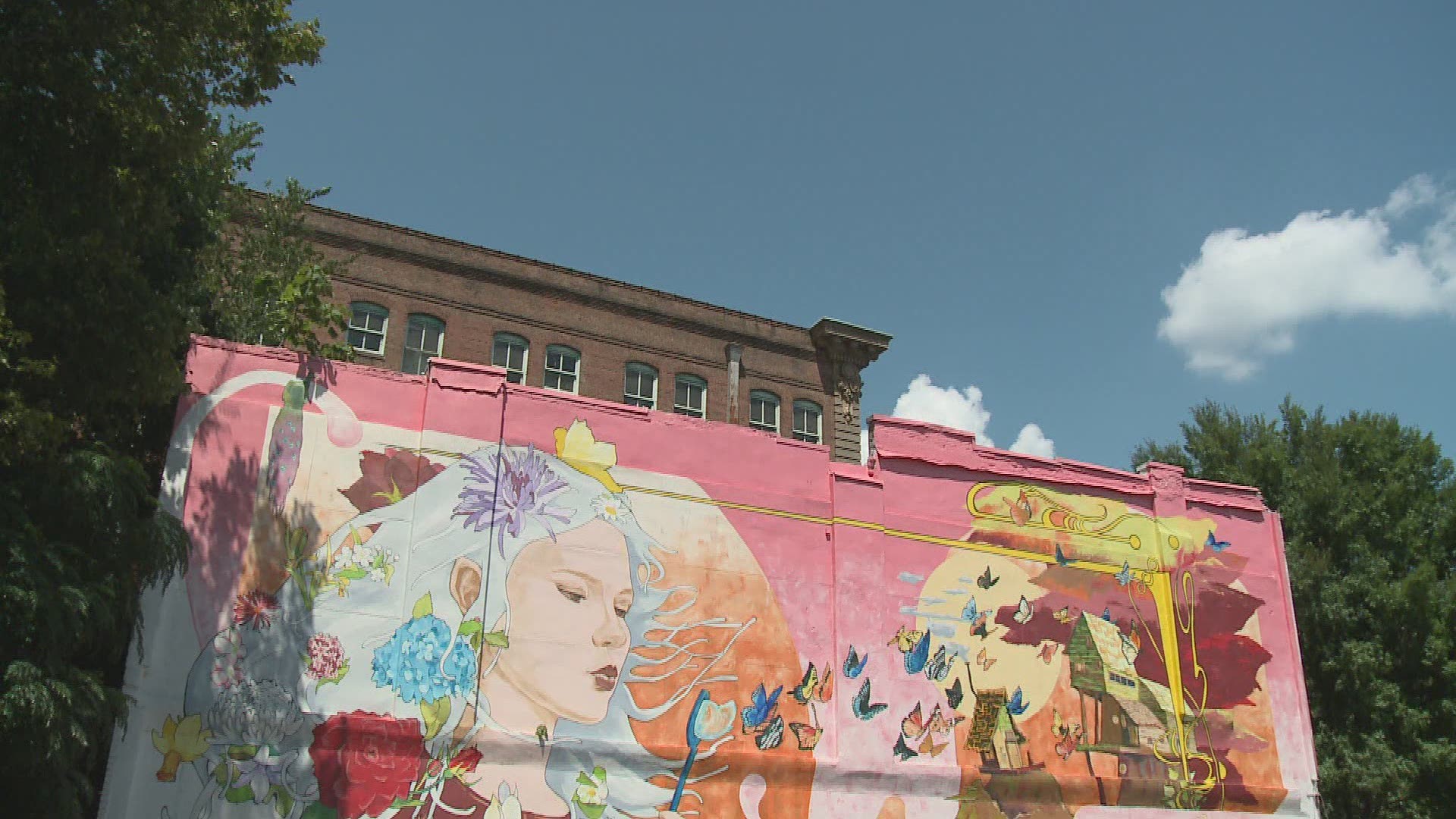 HOT SPRINGS, Ark. — It's magical, enchanting, whimsical, and joyful. It's a mural celebrating Garvan Woodland Gardens on a building opposite Bathhouse Row.

The name of the artist adds even more to the mystery. It says "Pepe Gaka," who is a visiting artist from Italy. This mural of 2018 and totally different from the one he produced in 2017.

RELATED: Searcy artist booked months in advance to paint murals was once too afraid to start

The mural shows twin native Americans, who were the first visitors to Hot Springs.

It looks so real, the authenticity leaps off the wall.

A local artist and full-time barber watched him paint it -- a man who this year would become a collaborator, Anthony Tidwell.

"We're from two totally different worlds, but the art world, that language is uniform," Tidwell explained.

Tidwell has achieved local notoriety for a studio in inner-city Hot Springs that he opens to kids in the summer.

His work earned him a Governor's Art Award.

Back in Italy, Pepe had a similar program with an orphanage.

When the Hot Springs Cultural Alliance put them together to produce a mural honoring African Americans in Hot Springs, ideas flowed from half a world away.

Gaka returned to Hot Springs in the spring. In May, they produced a tribute to 'black broadway,' referring to the African American stars who inspired the piece.

You can find the mural on Malvern Avenue, near an area where Count Basie and Duke Ellington once played.

The figures you see in the mural are actual people living in Hot Springs. The musicians are members of the Hot Springs world class high school band.

"Thirty or 40 years from now, they can come back and show their grandkids," Tidwell said.

"It was me. I end up painting myself," Tidwell said.

As he worked on the mural, something magical happened. He said the mural started talking to him.

What did it say?

"My first love was art and I've been cheating on it a long time," Tidwell said.

Tidwell went and told his boss he was quitting the barbershop. To keep the peace, Anthony put his boss on the mural in the parade.

The parade represents a brighter future, but it also celebrates Hot Springs' past and black broadway, a place that matters.

It's an exuberant celebration of Hot Springs culture, courtesy of Pepe and Anthony.

There's no racial divide. How could there be with art?

"I think visual art, murals on the walls, it brings back the humanity in us," Tidwell said.