A Little Rock man is loading up his truck with essential workers every day until the snow melts so they can keep being essential. 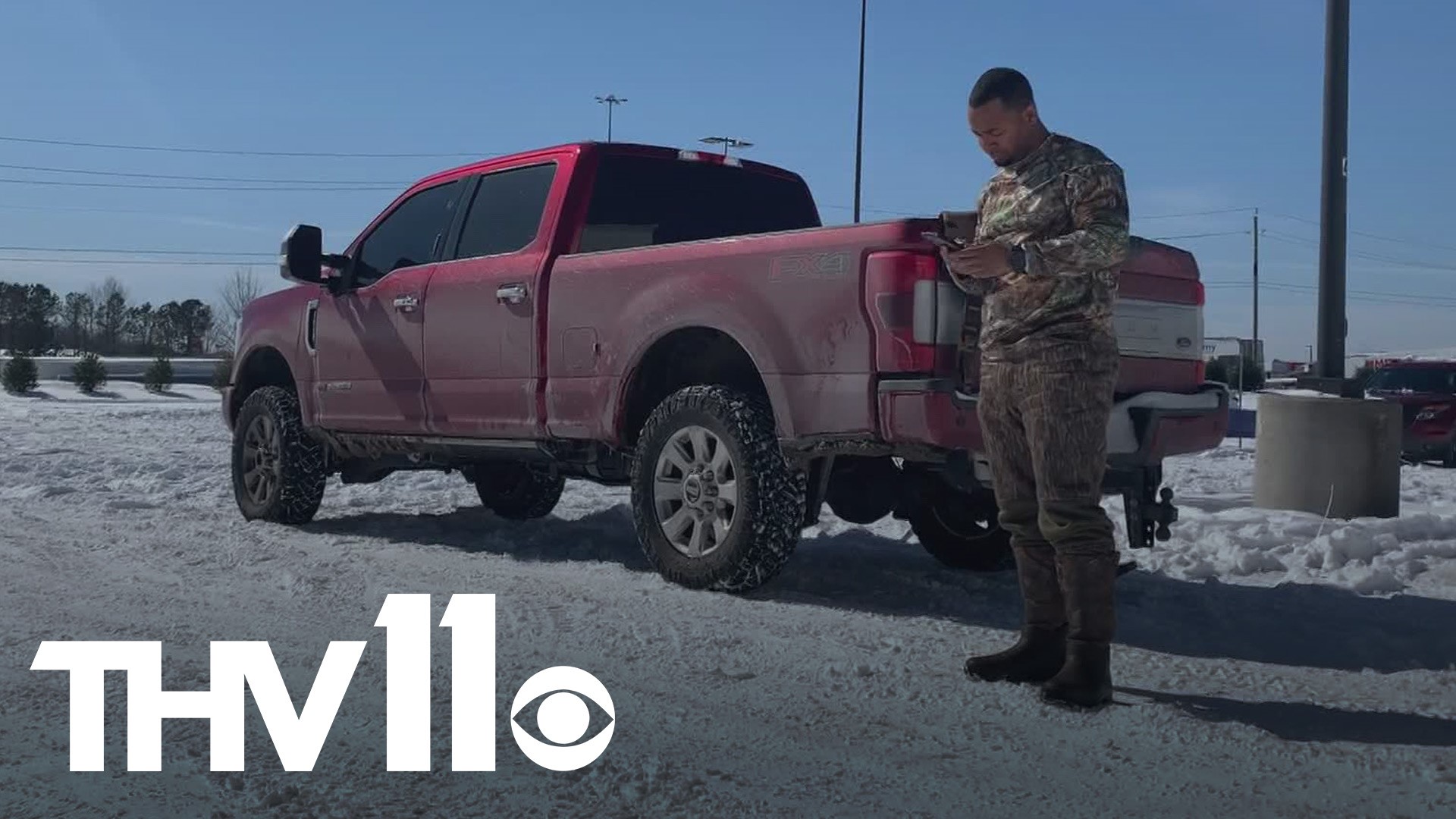 LITTLE ROCK, Arkansas — A Little Rock man is loading up his truck with essential workers every day until the snow melts so they can keep being essential. Since a lot of snowplows aren't able to clear individual neighborhood streets, some people are unable to drive.

Ryan Hill says he's seen a lot of back roads and streets less traveled still piled with accumulated snow. He started picking up people yesterday after asking on Facebook who needed a ride.

He's organized a team of other drivers with vehicles that can go through the snow.

Based in Little Rock, Hill and others have branched out to help people outside the area as well from 6 a.m. until sundown.

His inbox has been full of people asking for help.

Jon Honeywell with the department of public works for Little Rock says that crews have been hard at work on the main streets, but when snow keeps falling they constantly have to go back and forth to keep them clear.

"We try to get all of our major big roads cleared first. It takes several days before we can ever get to them and then typically we don't get to all of them before in Arkansas the snow's melted," said Honeywell.

They have 16 cars working 12 hours shifts and Honeywell is asking for people to be patient. If you don't have a vehicle or tires that can sustain this type of weather it is best to stay inside.