A Little Rock woman who started her t-shirt company less than a month ago is already selling to people all over the country, inspiring Black people everywhere. 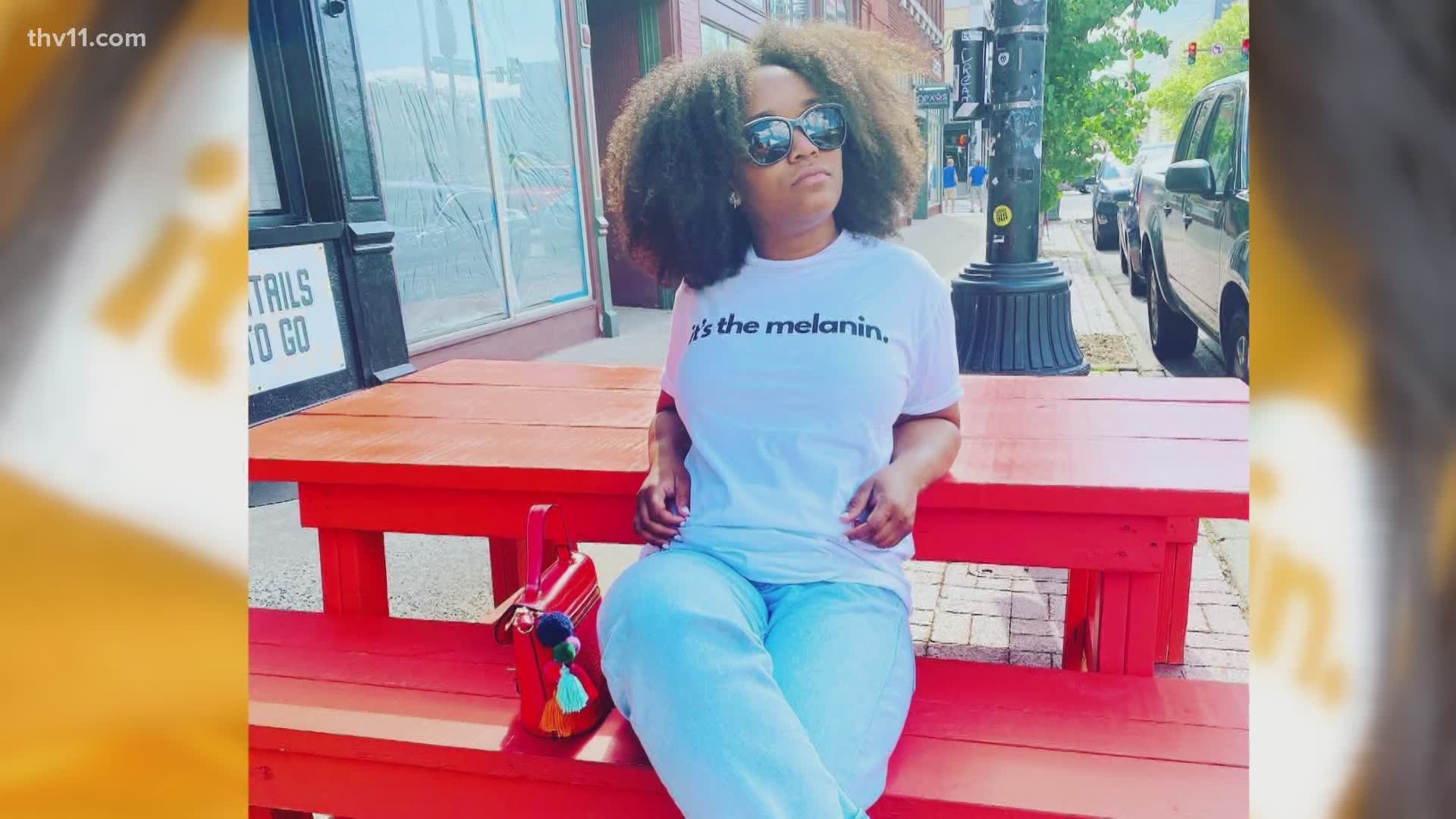 LITTLE ROCK, Ark — A Little Rock woman who started her t-shirt company less than a month ago is already selling to people all over the country, inspiring Black people everywhere.

"I want it to be a movement," founder Allison Victoria said.

"It's the melanin" may seem like a simple phrase, but it holds so much meaning.

"It's a slogan that I came up with that I felt was uplifting to the Black community to be happy that the skin that you're in, since we are in a difficult time right now," Victoria said.

RELATED: UCA graduate gets recognition from Beyoncé for small business

Victoria got the idea to put the phrase on a shirt last month. The message quickly took off.

"I just had this ah-ha moment," she said. "It just so happened protests came right after the time I made the shirts."

Dozens of people wore her shirts to the protests all over Arkansas earlier this month. Victoria said that was an honor.

"It was a shock honestly. I was like, 'Oh my gosh people are wearing my shirts,'" she said.

She has since shipped shirts off to people in New York, Las Vegas and Florida.

"Blacks are coming together to support one another in the effort of basically Black entrepreneurship, Black business," she said.

And being a new entrepreneur, it feels good for her to know her business is keeping the conversation going.

Victoria hopes each Black person who puts on her shirt creates their own meaning behind it.

"For me, it means like the uniqueness of me. My beauty.. or like, my talents, my skills... those things that stand out about me. It's the melanin!"

If you would like to order a shirt, go to itsthemelanin.co.