Superintendent Poore said the board needs to hear more from the community before it makes a decision on those zones. 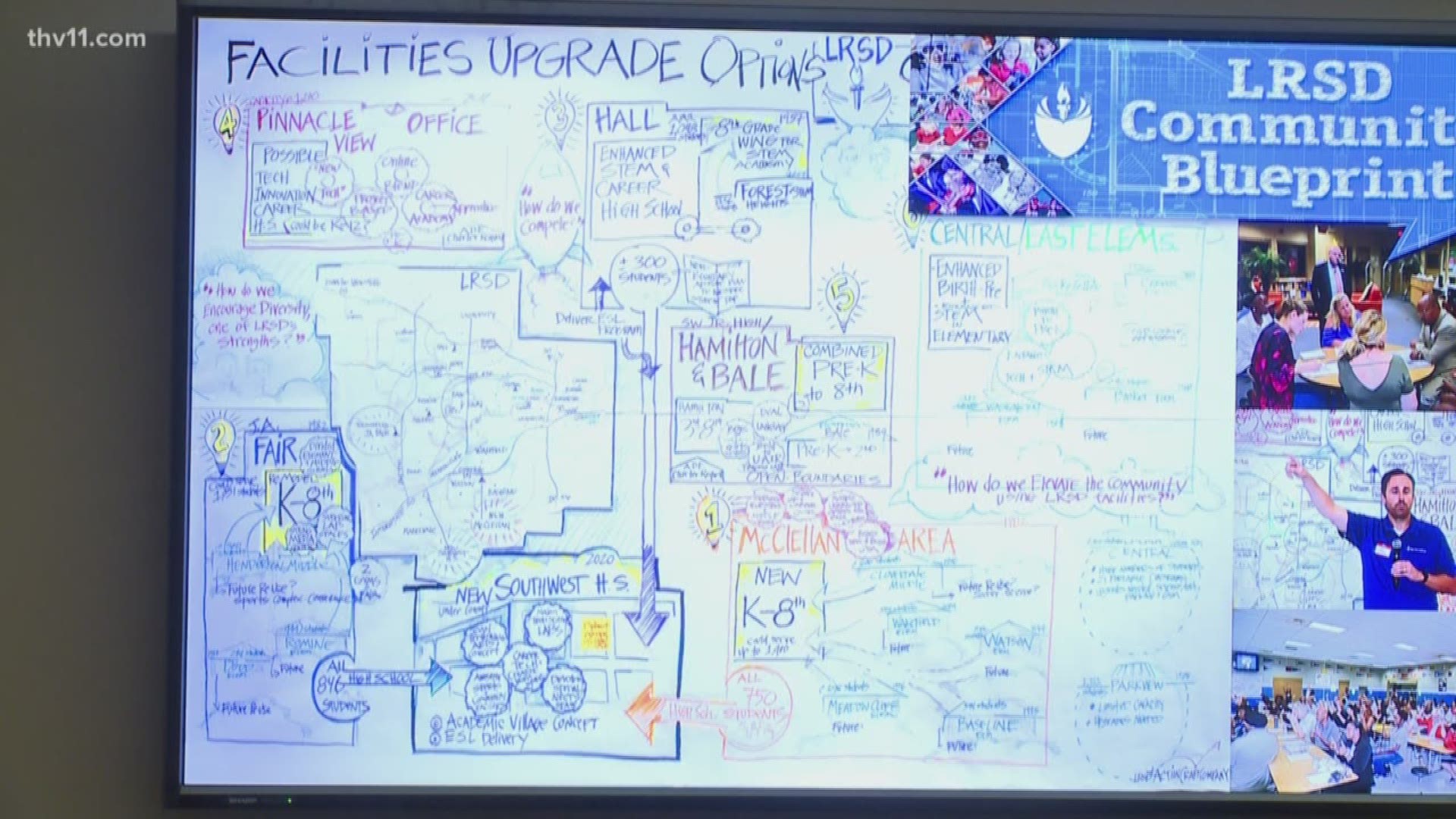 LITTLE ROCK, Ark — The Little Rock School District is putting the brakes on some attendance zone plans as some say there is not enough input form the community.

Those attendance zones affect thousands of students in the district and were the over-arching topic at Thursday's monthly Community Advisory Board meeting. This all comes exactly one week after the one-day teacher's strike.

"I lean towards saying we should back away for a little bit," Superintendent Michael Poore said.

Poore said the board needs to hear more from the community before it makes a decision on those zones. Specifically, Poore recommends the board delay the blue print of the K-8 model for J.A. Fair.

"We’ve got a great building at J.A. Fair. And do we really want to leave that under-utilized?" he said.

But, he said that blue-print could save the district $2 million.

"So, if you back away, you also back away from that $2 million," Poore said.

However, Poore said the board must move forward on boundary adjustments for the high schools.

"That's because we created a settlement in law," Poore said.

And just before Thursday's meeting, Poore sent out a letter to district staff following last week's strike. It said he has to enforce the rules for employee absences. Any employee who did not call in and show up or was on the picket line could see a reduction in pay and benefits.

"In the classroom, they teach that if your rights are being violated, or if laws have been created to violate and discriminate that, you should speak up," Dr. Anika T. Whitfield said.

Dr. Anika T. Whitfield said it's not right what the district is doing to students and educators.

On Thursday, she and other teachers and parents had their own meeting outside the LRSD CAB meeting.

"I wanted to make sure that we continue to honor democracy. What's happening on the other side of the walls is not democracy," Dr. Whitfield said.

Dr. Whitfield said it is important to keep showing up and standing up for what is right.

"We'll continue to have these meetings, and we're very hopeful that the state will understand whether it's by law or by force that we want our elected school board and we don't want the CAB," she said.

The board voted to have another meeting Thursday, Dec. 5, to continue discussions on those school zones.