"It was time to turn the page and get Mayflower to rise again." 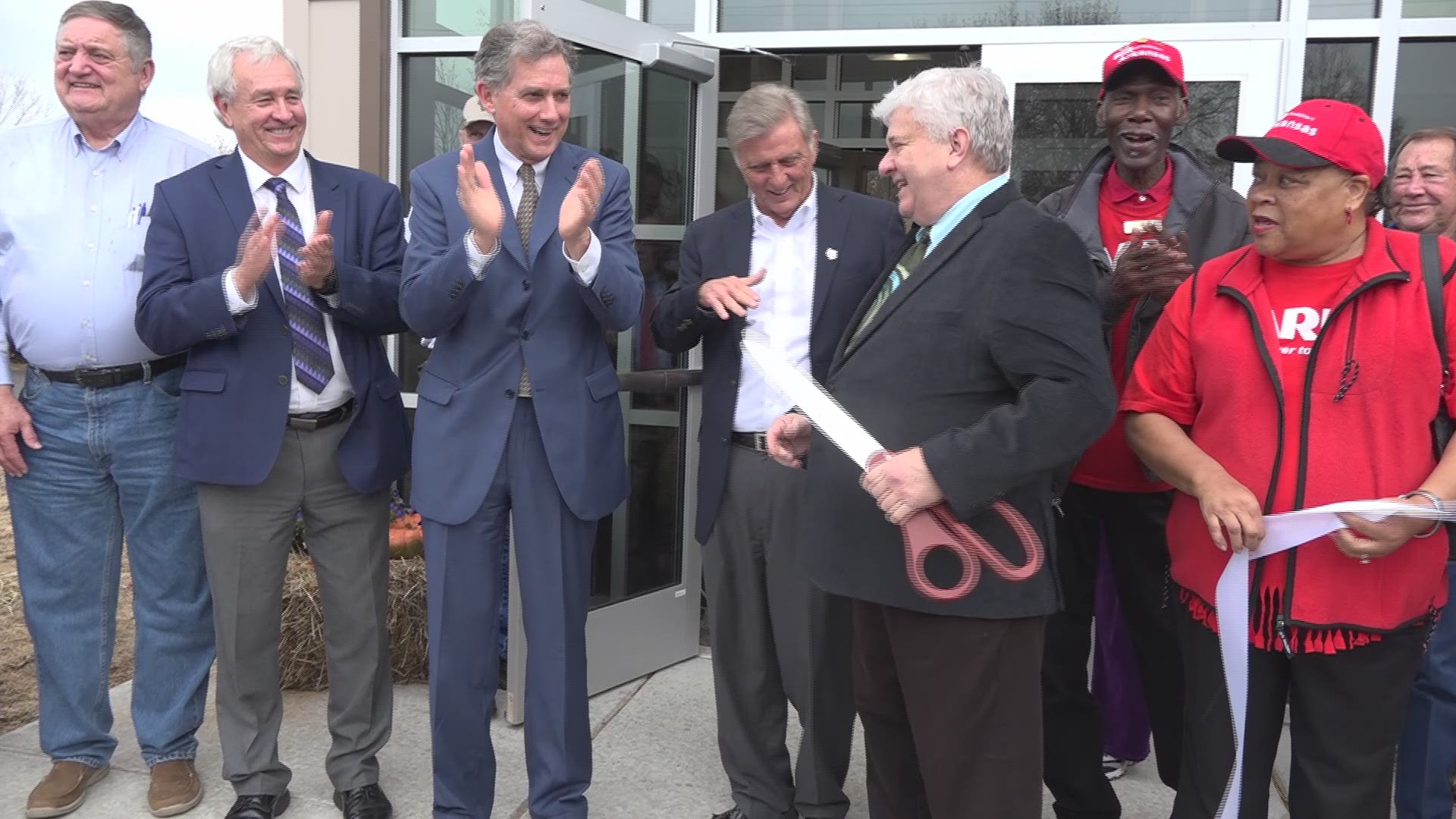 MAYFLOWER, Arkansas — A city that has been forced to tear down buildings after three catastrophes in six years got to put up a new building for the entire community as Mayflower cut the ribbon on a new city center.

"We've been through so many things in the past few years," said Mayflower Mayor Randy Holland. "It was time to turn the page and get Mayflower to rise again."

A minister who gave an invocation spelled out what the city has endured, listing a massive crude oil spill in 2013, a devastating EF-4 tornado in 2014, and massive flooding along the Arkansas River that rose 24 feet above normal.

Those catastrophes led to outpourings of support, and after the Pegasus pipeline oil spill, a flood of money from Exxon Mobil and the federal government.

When a plan to fund improve the water system fell through, Mayor Holland pushed to have this community center built.

"Let's celebrate and take a victory lap and talk about when things work," said Rep. French Hill (R - Arkansas), while applauding the work of the federal Economic Development Administration. "We're grateful to the EDA and their flexibility for letting the mayor do something different with the funds."

"I had the opportunity to run across a lot of community leaders. Some of them were better than others," said former governor Mike Beebe, who was in office for both the oil spill and the tornado, pointing to Holland. "All of us who run for office all say we want to do what's best for our people. I gotta tell you in front of all your people, you're one of the best at putting your people first."

Holland described the new building, which will have police offices, an economic development center, and space for municipal court meetings as a potential heart for the city.

Holland and Hill also took the event to announce a long-awaited plan to build an overpass over the railroad tracks and through the city will soon be put out for bids by the state transportation department.

RELATED: On 'My Side of the Mountain' lies Mayflower, Arkansas

RELATED: Mayflower teacher goes above and beyond for student battling cancer