'One dog at a time': Arkansas man uses hot dog stand to help those in need

"We'll probably feed 20 to 25 homeless people here a day. As long as I can, as long as God continues to direct us, that's the direction we're going to go." 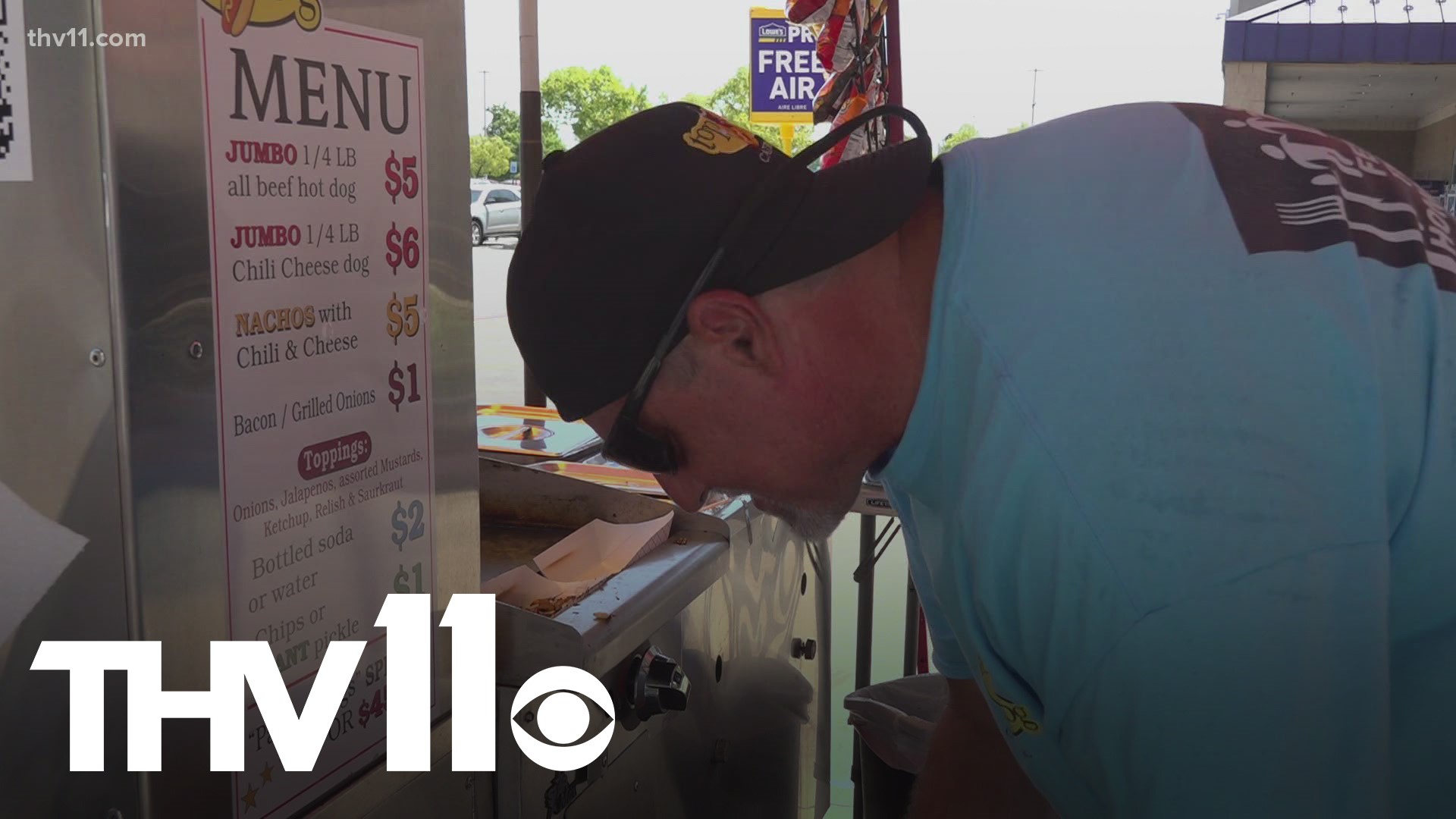 NORTH LITTLE ROCK, Ark. — It's not every day you wake up trying to make a difference in the world. For Neil Blanford, owner of Top Dog Catering, that's actually the case.

Five days a week you can find him in Central Arkansas, giving hot dogs to one group that always eats for free: the homeless.

"Here at the Lowes in North Little Rock. Mondays, Wednesdays, and Fridays," Blanford said. "I'm at the Little Rock Air Force Base on Tuesdays and then on Saturdays I'm at the Home Depot in Cabot."

Blanford feeds the homeless populations in the area. Proceeds from paying customers are used to buy more food and then donated.

"We'll probably feed 20 to 25 homeless people here a day," Blanford said. "As long as I can, as long as God continues to direct us, that's the direction we're going to go."

The most popular choice on the menu is of course, the hot dogs.

But there's more to it than that – Blanford doesn't just donate food.

"There was a guy today who really needs a tent for shelter," Blanford said. "So when we close down, I'm going to Walmart next door and I'm going to buy him a tent."

For those he helps, Blanford is a welcome sight.

He said things have been a little difficult, but with people like Blanford, it makes every day a little bit easier.

"Neil to me is a friend. A valued, valued friend," Hughes said. "He's been helping me out a lot actually. He's helping me get a new bank card, allowing me a place to send my card from my bank in Tennessee."

Blanford knows he can't help everyone, but he's doing everything he can to do what he can.

Even if it is just like the slogan on his stand reads – "One dog at a time."

"I'll never do enough, there will always be more," Blanford said. "There's people that's in need. When I lay my head down on the pillow at night, in my home, I think about these guys, and how we're all just basically one catastrophe or paycheck away from being right where they're at now."