Muralists turn vandalism into messages of peace in Little Rock

After several buildings in Little Rock were vandalized, the owners decided to turn their boarded-up walls into something beautiful. 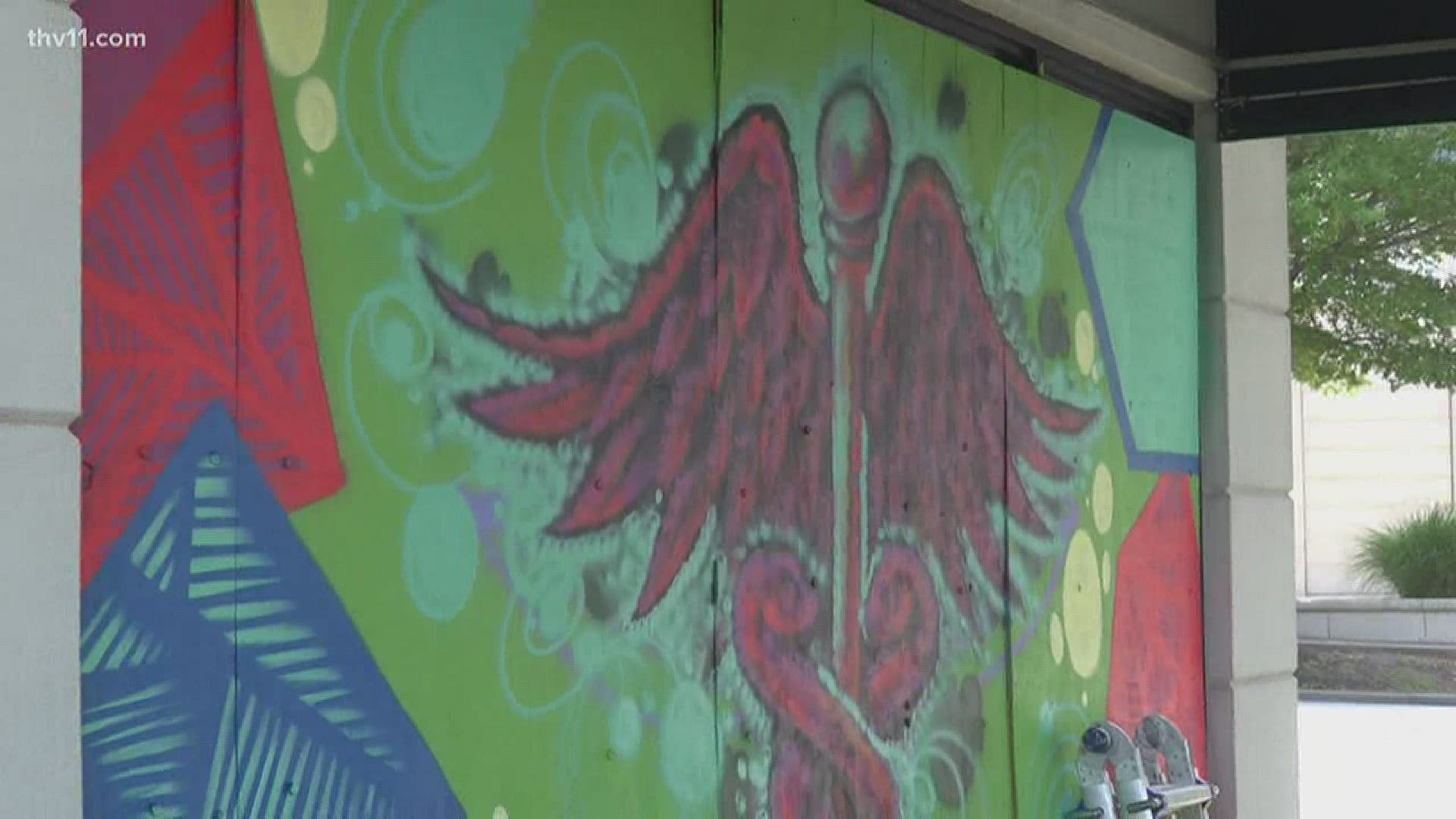 However, their owners turned them into messages of peace.

RELATED: Little Rock protesters believe damage left is no match to injustices dealt with every day

“Over the last three nights, our building has sustained damage with broken windows and a fire. And we’ve been cleaning up, boarding up our windows. We’ve been moving valuables that survived the fire out of the building all day today,” Vinson said.

He decided to turn their boarded-up wall into something beautiful.

“In a very difficult time in our community, when emotions are hot and there are a lot of challenges that need to be solved, a lot of conversations that need to happen, a lot of relationships, a lot of love that we need to see in Arkansas and in Little Rock,” Vinson said.

That’s exactly what a muralist, who goes by X3mex, aims to do.

“It sparks dialogue with our community. Whether they like it, whether they hate it, they agree with it, they don’t,” X3mex said.

This is the fourth mural he’s done in the last few days to raise awareness about racial injustice.

“We are here doing our part, using our platform to spread that message,” X3mex said.

He also worked on a mural on the Democratic Party Headquarters building after windows were smashed.

“It’s disheartening and no one deserves that, but it’s an opportunity to focus on the real issues and have everyone involved and everyone working toward a common goal,” Democratic Party Chief of Staff Karyn Bradford Coleman said.

In the center are the names of those who’ve died, with George Floyd’s at the top.