It's the first organized work stoppage in the state's second-largest district since 1987. 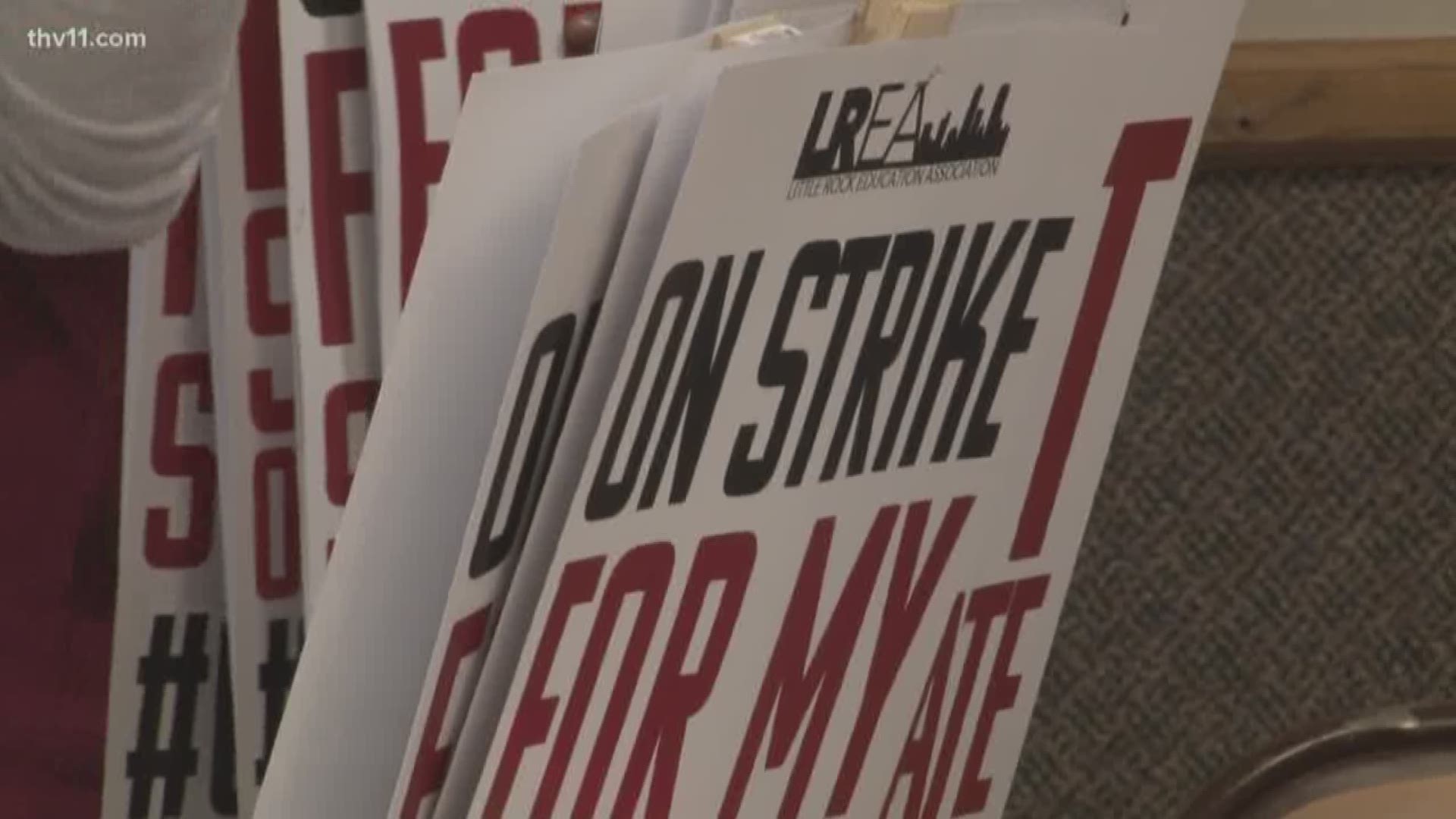 LITTLE ROCK, Ark. — Schools will be open, buses will run, and meals will be served Thursday in the Little Rock School District, but a majority of the state-controlled district's teachers will be on picket lines that morning.

They will be taking part in a one-day strike, protesting the Little Rock Education Association's loss of collective bargaining rights and proposals to reconstitute the district when the five-year state takeover runs out early next year.

"This is a special, definitely unique situation," said Angela Alexander, a parent of two children in the district, volunteering to support the teachers by organizing alternative safe spaces.

"We have several libraries and community centers and faith communities who have opened up their doors," she said.

On a normal day, kids hanging out at the library while class is in session would lead to trouble.

The district, the city, and the library system have all agreed that they are public spaces and should be allowed to host students if properly staffed and children are not unattended.

Available space is limited and varies by site, with students served on a first-come, first-served basis.

"We've had a lot of very positive response from the community," Alexander said. "They're happy to open their doors and provide a safe space for our kids."

The LREA posted a list of safe sites on its Facebook page. As of Wednesday night, the 10 facilities had a capacity of 940 students.