For the past week, community activists have had meetings with city officials about the differences that can be made in Arkansas. 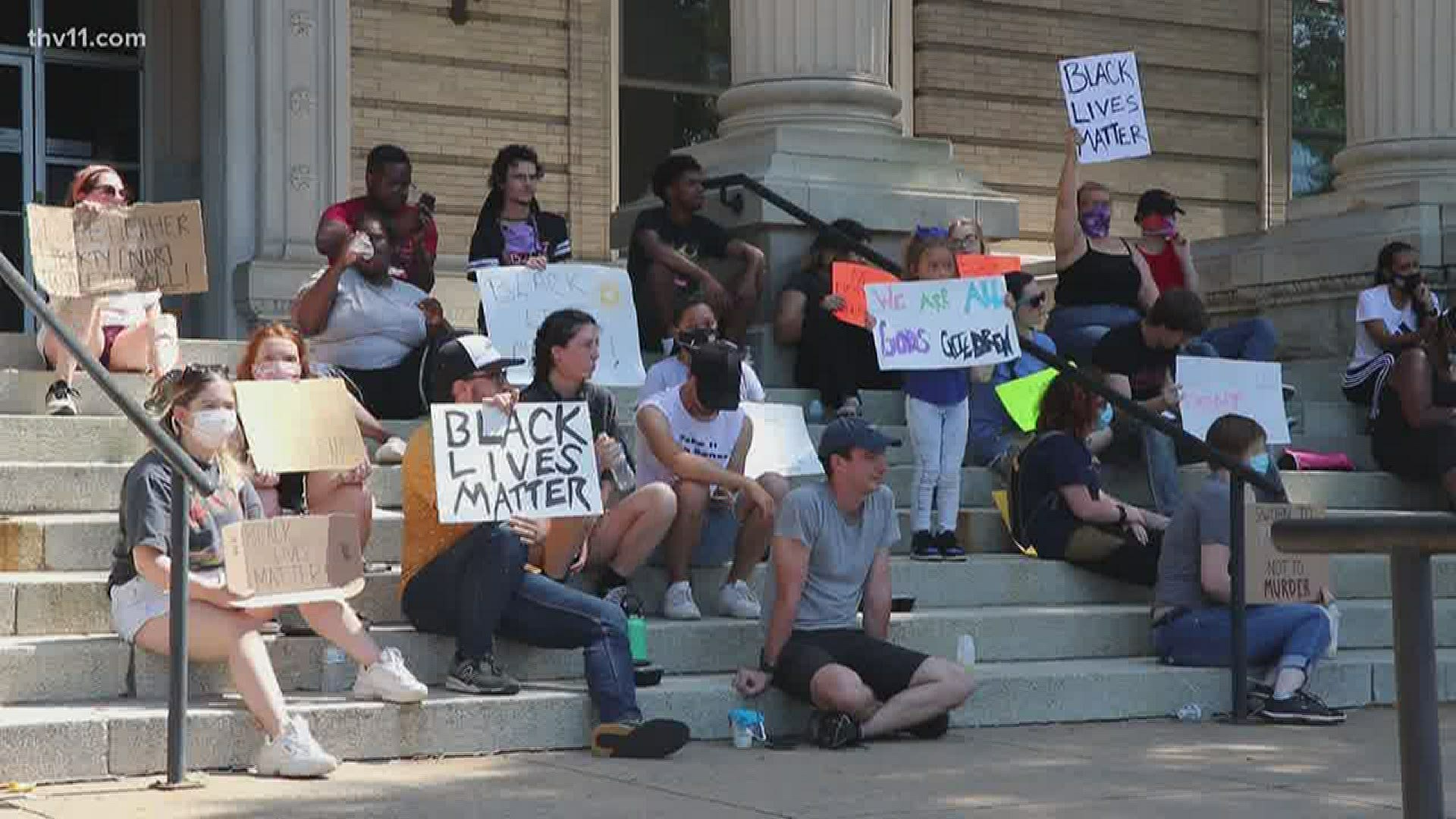 In his press conference on Friday, the mayor thanked the peaceful protesters and said they are "galvanizing and creating positive change."

One of the protest organizers, Marcus Hunter, said in the past week they have achieved a lot.

For seven straight days, the steps of Little Rock's City Hall have been decorated with signs and filled with chants.

Hunter said peace is always what they wanted to express.

"We really, really don't want to burn down our city. We want justice, we want things to be done. If we burn down our city, we're going to get attention, but at the end of the day, we need to make sure that attention has some ground behind it," he said.

The protesters' peaceful way of fighting for that justice has resulted in several meetings with city officials, according to Hunter.

Hunter said change like child care, police reform, and access to voting are just a couple of things on their agenda.

"As a black woman and a mother of a young black man, I wanted to do something. I wanted to offer something concrete for people to take towards change," Terri Hollingsworth, Pulaski County Clerk, said.

That direct action of registering to vote was taking place on Friday, just steps away from the protesters' home base.

Hollingsworth had set up a voters registration booth because she said this time, more than ever, these voices need to be heard.

"I wanted to make sure that we tell them that their peaceful gatherings have been inspiring and that their voices are being heard," she said.

Their voices are being heard not only by the county clerk, but by Mayor Frank Scott Jr., who said it's vital to listen to the citizens on how they envision their city.

"Even if we feel that we are on a good path forward, we can always get together and can always improve and the best way to improve is to sit down and be open and willing to listen to constructive feedback on where we need to move forward as a city and as a nation," he said.

With more plans set in place, Hunter said they are proud of the work they've done, but there's still so much more to do.

On Friday, some of those organizers did meet with Gov. Hutchinson to share with him different things they want to see in legislation.