"It's not about defunding the police or anything. It is putting in some safeguards that allows the police to stay safe and also keeps the citizens safe." 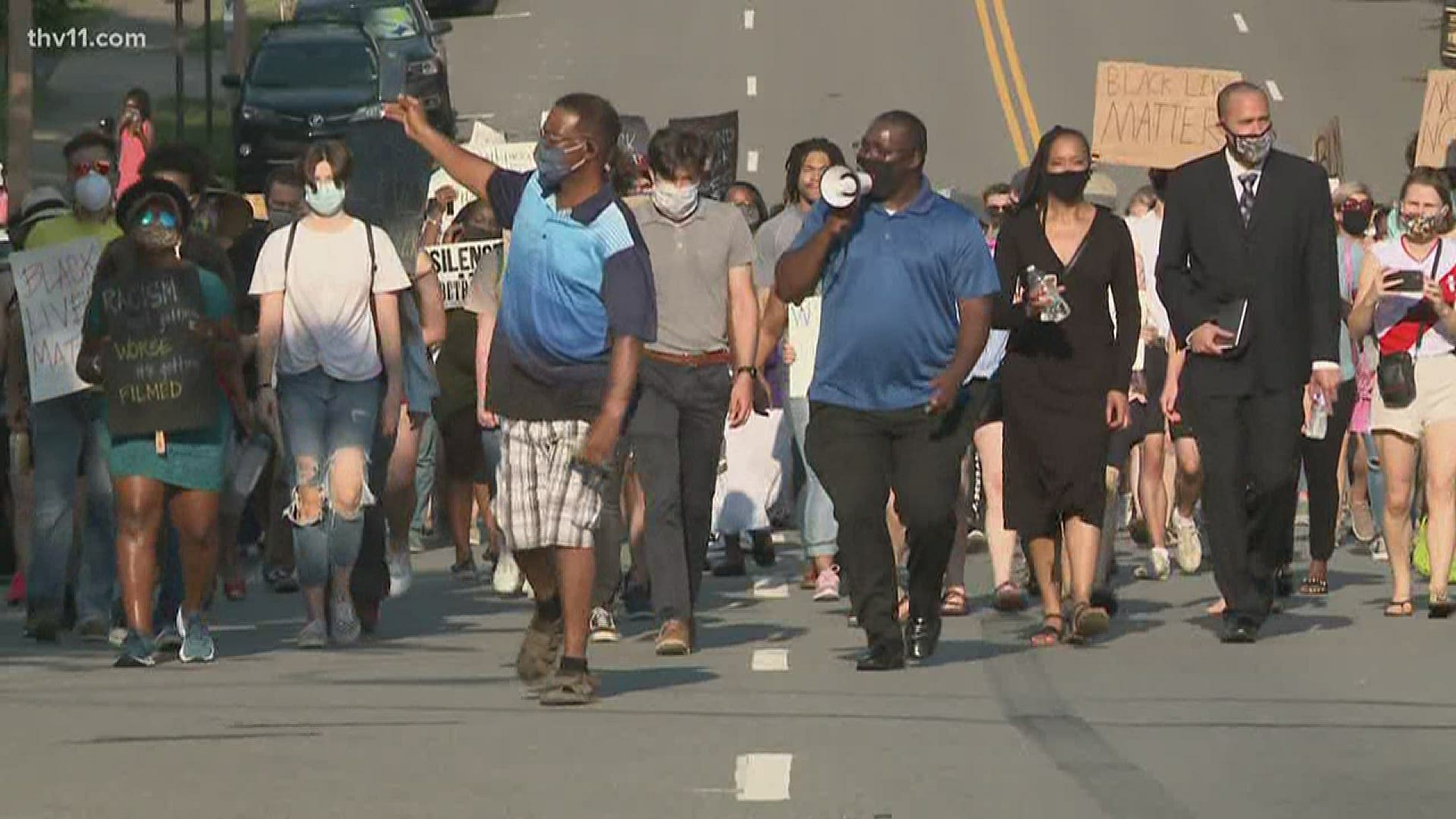 LITTLE ROCK, Arkansas — Juneteenth is a day to celebrate the end of slavery. Several people came together to recognize the significance of this day, plus the state of America in terms of racial injustice.

"We do need criminal justice reform, but this piece seems to be the most pressing at the moment," said Deputy Public Defender Alicia Walton.

RELATED: Juneteenth: A day of hope for a better future for Black Arkansans

Walton was a marine and then went to law school. She is now a lawyer defending those needing legal representation. She says she's seen this civil rights activism play out before, but change has been little to none.

"I watched the Rodney King beating play out on television and I know then there were marches, and so some changes came about. But over the years, it seems like change has been very slow," said Walton.

She knows first-hand how prejudicial the system can be against Black Americans, especially men.

"Unfortunately, black males die at the hands of the police three times higher than whites, and so we've got to change that," said Walton. "It's not about defunding the police or anything. It is putting in some safeguards that allows the police to stay safe and also keeps the citizens safe."

Friday on the Capitol steps, several lawyers took the stand to talk about how important Black representation is important in the government and the courtroom.

RELATED: Why is there a push to make Juneteenth a national holiday?

"We recognize when we are in the courtroom alone because oftentimes, oftentimes we are the only Black person in there," said Denise Fletcher.

Then, several people marched around the Capitol chanting, "Black lives matter" and "No justice, no peace."