If running a school district is a complex puzzle, attendance zones are the tiny puzzle pieces. The community is now getting the chance to fit those pieces together. 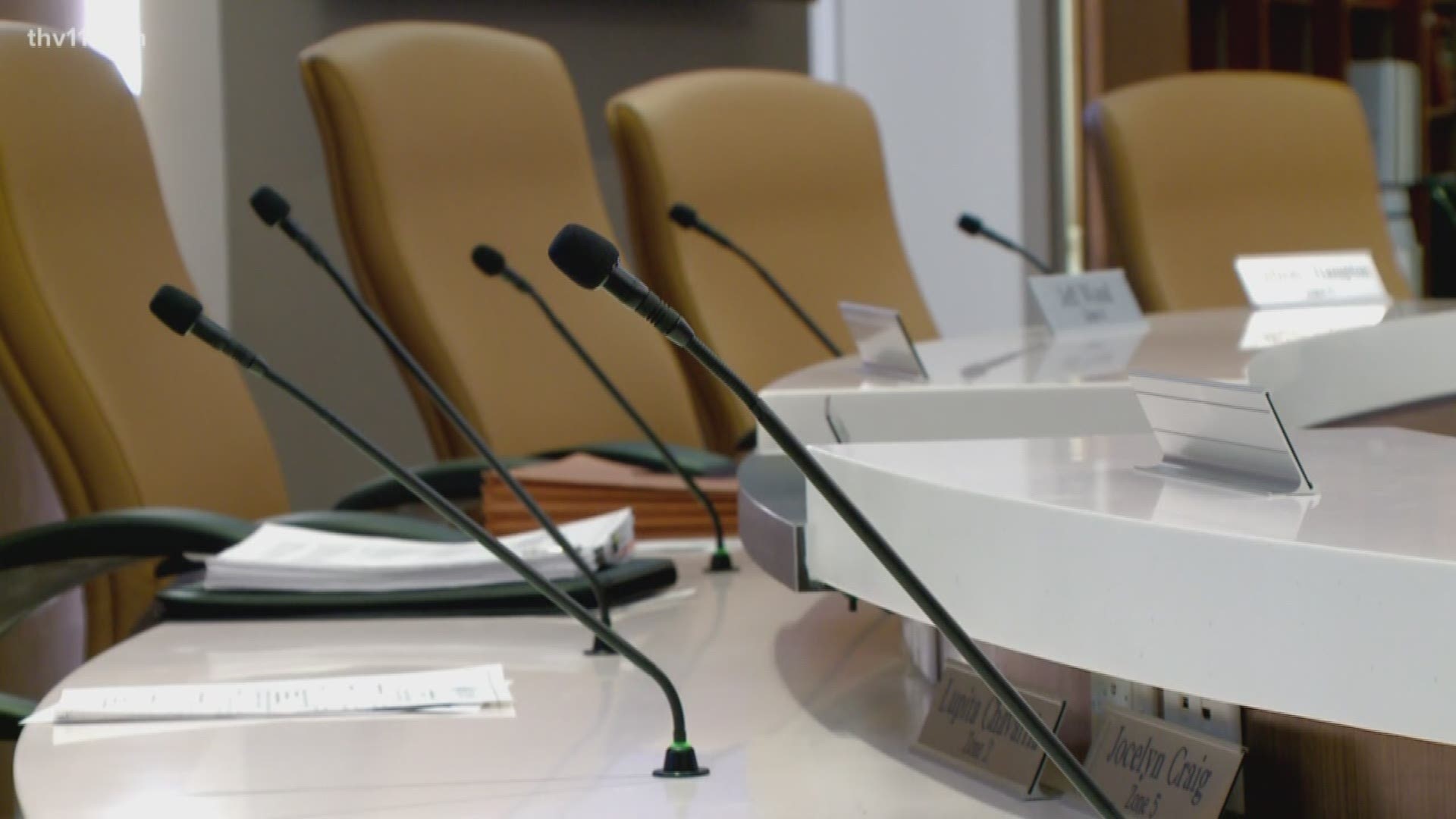 LITTLE ROCK, Ark. — If running a school district is a complex puzzle, attendance zones are the tiny puzzle pieces. The community is beginning to get the chance to respond to the proposals to fit those pieces together in the Little Rock School District next year.

"Your elementaries and your middles and your high schools don't always match up in terms of numbers," said Superintendent Michael Poore. "So typically, you can't create a crystal clear feeder pattern that parents really want."

Poore has been working to explain the plans to reshape where the approximately 23,000 students attend class. As schools close, one opens and the state of Arkansas relinquishes direct control over the 40 schools after a five-year takeover.

"You have to start off with Southwest High," Poore said, referring to the brand new high school set to open in 2020 just south of Interstate 30. "That's a big number right there in itself. That number is at least 1,700."

Southwest High absorbs all the kids from J.A. Fair and McClellan High Schools. Then, Fair becomes a K-8 campus. That shifts the zones for several elementary and middle schools, moving hundreds of students, but then comes the hard part.

"There's been greater concern for Hall [high school], which I really appreciate," Poore said. "We really need to do more for Hall."

There are three proposals on how to improve the struggling school that has been listed as "failing" the last two years, according to the Every Student Succeeds Act rating system used in Arkansas. Two of the proposals would make Hall High a magnet school, much like Parkview High and an international studies program in Central High.

The sticking point for those plans will be what to do with fast-growing west Little Rock as Pinnacle View Middle School gradually takes on more students, potentially evolving into a high school.

The second attendance zone proposal would create an area where parents could choose between "West High" or Central. That idea drew criticism when it was first announced last week for giving more choice to a perceived affluent part of the city.

"I dispute that notion, and tell people the west Little Rock of today is not the same as it was 20 years ago," said Jeff Wood, the chair of the Community Advisory Board that provides non-binding guidance to Poore and his boss, Education Secretary Johnny Key. "The area is quite diverse, but the options for parents have been so limited when it comes to growing Pinnacle View."

"When you look at it in terms of competition and the growth out there, it kind of has to be a response to hold on to students," Poore said. "If we lose those kids to private schools or charter schools, it's a net loss to the entire district, not just to another part of the city."

Poore wants everyone to weigh in on how Hall, Central High, and Pinnacle View all fit together and he wants them to keep the pressure on district leaders.

"I think that's a healthy thing to have that, to have some pressure on us to say we've got to produce," he said. "We've got to have a strong system there otherwise we lose students and families."