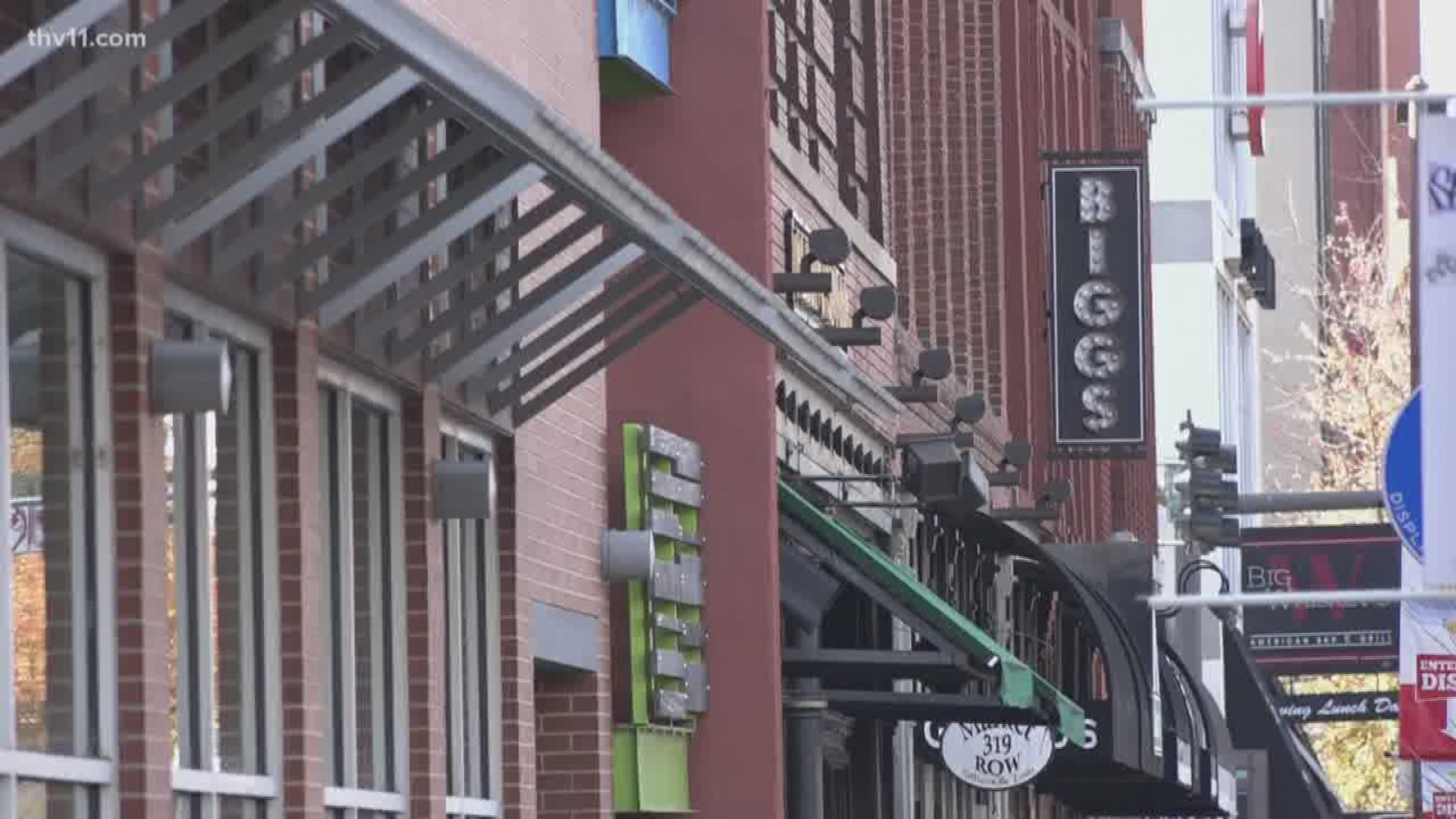 LITTLE ROCK, Ark. — Three months since the opening of an entertainment district in part of the downtown River Market section of Little Rock, city leaders are being asked to allow a half-block expansion for one day, Nov. 30.

"Why would we not want people to come in and promote us. I think it's amazing," said Kendall Sandifer, owner of Fringe Clothing, a boutique on River Market Dr., just on the fringes of the four-block area where carrying alcohol openly is permitted on the street. "I love it. As far as our business goes and our business hours, we haven't seen a lot of change."

But on that Saturday, the district boundaries would extend past her shop's door between President Clinton Ave. and 2nd Street.

"In an effort to be as inclusive as possible, so that people can take their drink with them as they shopped, we just asked for a half-block extension," said Diana Long, the director of operations for the city-owned food pavilions and waterfront park. "We would like people to walk into [those stores] and have their mimosa or wine and do their shopping there."

It allows places like Fringe, its next-door neighbor Luv, and the bar Stickyz to join the block party.

Stickyz owner Suzon Awbrey said it clears up confusion for her customers. The bar's back patio entrance is on Clinton, meaning patrons can carry their authorized alcohol on to the street there, but on Nov. 30, they'll be able to use the front door as well.

"I would say it's gone pretty much according to plan," said Danny Bryant, the owner of Ernie Biggs bar and the driving force behind creating the entertainment district after state lawmakers authorized them earlier this year. "It hasn't been, and we didn't want it to be Beale Street or Bourbon Street."

Nov. 30 is Small-business Saturday, or as Long from the River Market calls it, "Think Big, Shop Small." The day after Black Friday is set aside to promote shopping local. Long said it's the perfect next-step to take now that the entertainment district is off the ground.

Long and Bryant both add it won't be long before more streets and more shops want to join the dancing in the streets.

"I think that we've proven that it's not going to be something that the city can't handle," said Bryant.

RELATED: What you need to know before you start drinking in the River Market streets