After 50 years of memories, people who attended Jacksonville High School said goodbye to the campus Saturday. 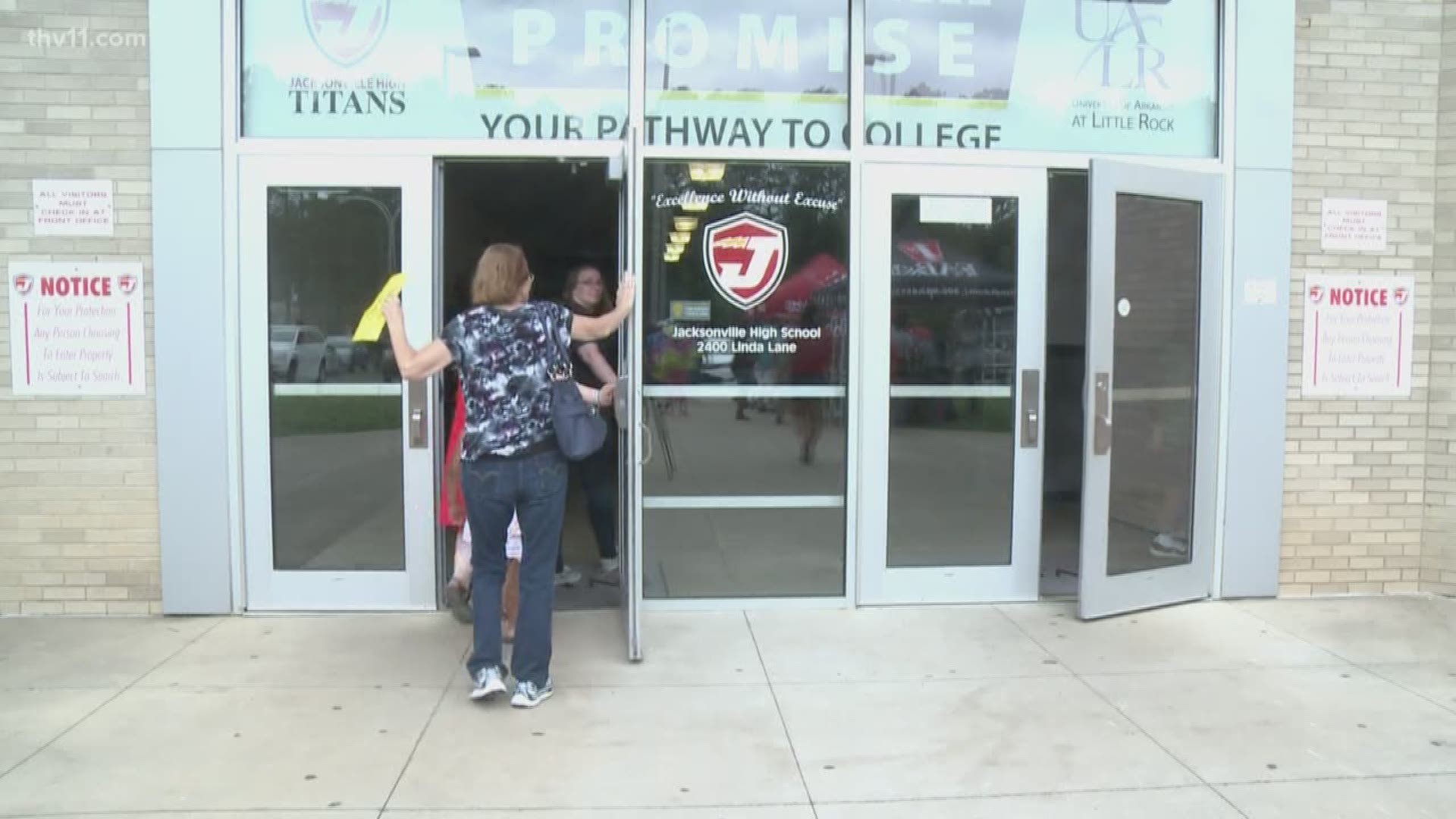 “Oh memories, memories lots of memories. And it still smells the same in here too,” 1996 graduate Jaci Stiffler said.

In the next year, the school will be torn down and a new middle school and elementary school will go in its place.

Titans will go to the newly built campus in the fall.

The community joined together to take final tours, purchase collectibles, and reunite with classmates.

“Was able to get a few pictures with some of my classmates and picked up some memorabilia,” Stiffler said.

High school sweethearts Jimmy and Theresa George reflected on the significance of the halls that brought them together.

“34 years later we were reunited and married for 9 years now,” Teresa said.

For just a second, the past came back to life.

“We used to hold hands walking through the ramps here,” Teresa said.

Although things may look a little different, the memories are still the same.

“This cafeteria was study hall, and detention too,” Teresa said.

Former students and teachers took home pieces of their past that they’ll always cherish.

“About 3 or 4 jerseys. Just to kind of reminisce over the school and where I graduated from, so excited about it,” 1980 graduate Thomas Womack said.

“I got a t-shirt that shows the last year they were called the ‘red devils,’” 1984 graduate Annie Robbins said.

School officials anticipate deconstruction to start in about 6 months.