A Goodwill in Little Rock received a box full of military services items belonging to a Veteran. After two weeks of detective work they found the man's relatives. 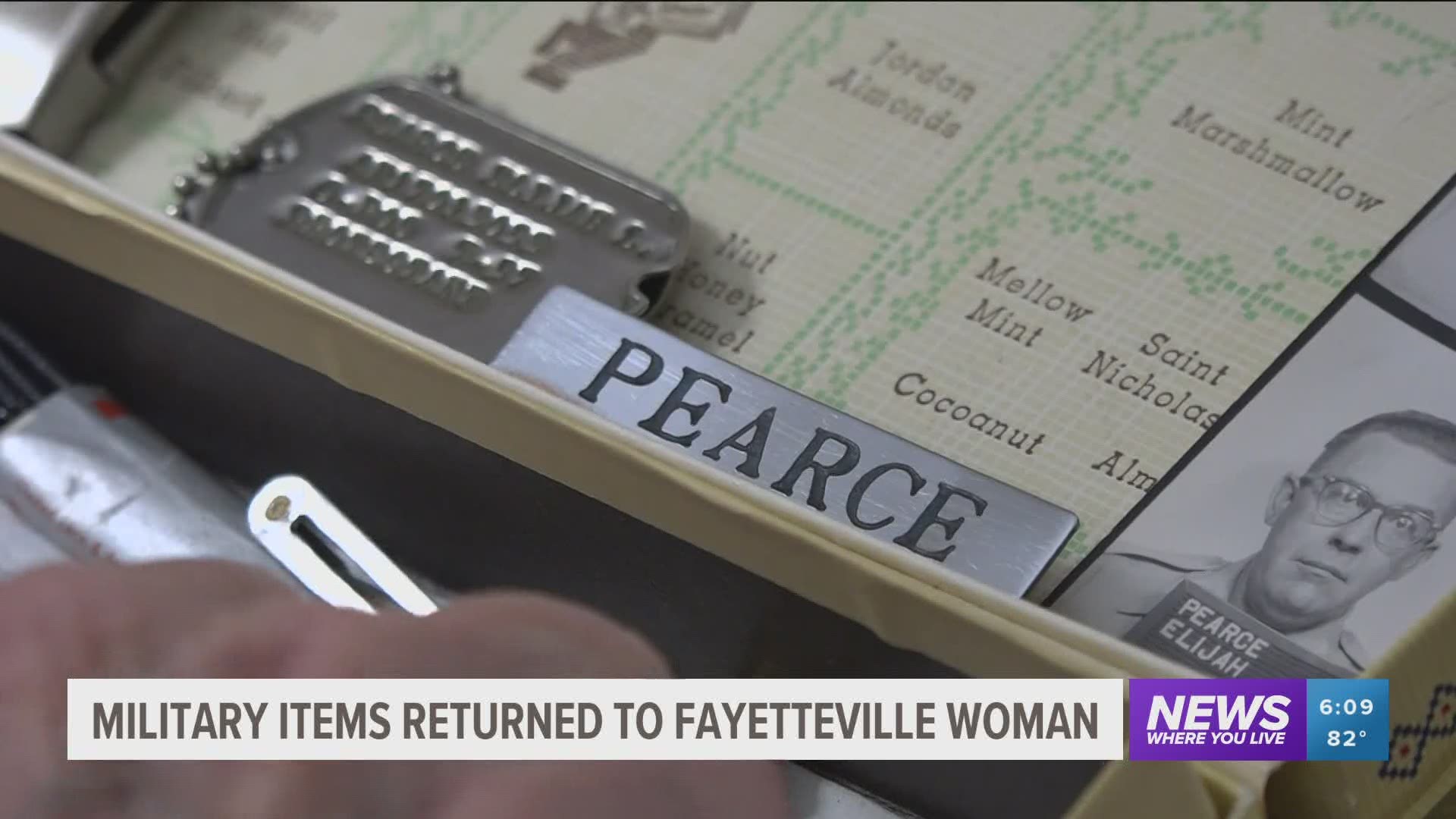 FAYETTEVILLE, Ark. — Mary Lou Dunn was reunited with a box filled with her oldest brother’s military service items on Wednesday (Aug. 5) after they were donated to a Goodwill in Little Rock.

“I don’t know how to express it, it’s like, it’s kind of like connecting with him again,” she said.

Elijah Pierce passed away in 2006 just shy of his 86th birthday. He joined the Army Air Force before World War II started and served his country for 24 years.

“It was wonderful but so unexpected, such a nice surprise because I thought everything was gone,” Dunn said.

Dunn and her daughter are Elijah's only family left. Since Goodwill received the donation two weeks ago they have been searching to reunite those items with the veteran’s loved ones.

“It was amazing. She and her daughter you could tell how much this meant to them getting this back. Ms. Dunn’s brother's medals, his dog tags, his picture that were in the box, very important to her,” said Brian Marsh, President and CEO of Goodwill Industries of Arkansas.

Marsh says it was thanks to the Department of Veteran Affairs and Facebook that they were able to track down Dunn. He says this is something that happens more often than you may think.

“We take great care in making sure that we identify if there is something such as this that was inadvertently donated," Marsh said. "We try to immediately go into detective mode and find the family and return it to the family."

Goodwill’s Facebook post about the box of items reached more than 100,000 people and was shared more than 2,000 times.

Goodwill Industries of Arkansas
What a great day! This morning our CEO Brian F. Marsh hand delivered... Elijah Pearce's Air Force ribbons, dog tags and other items to his sister Mary Lou in Fayetteville. They were found in a donation in Little Rock. Mr. Pearce and his wife have both passed away and had no children.