Happy Father's Day: Conway dad talks about life as both father and manager to rapper son

Many were looking for the perfect gift for Father's Day, but for Jarrod Martin, seeing his children follow their dreams is the best present he could ask for. 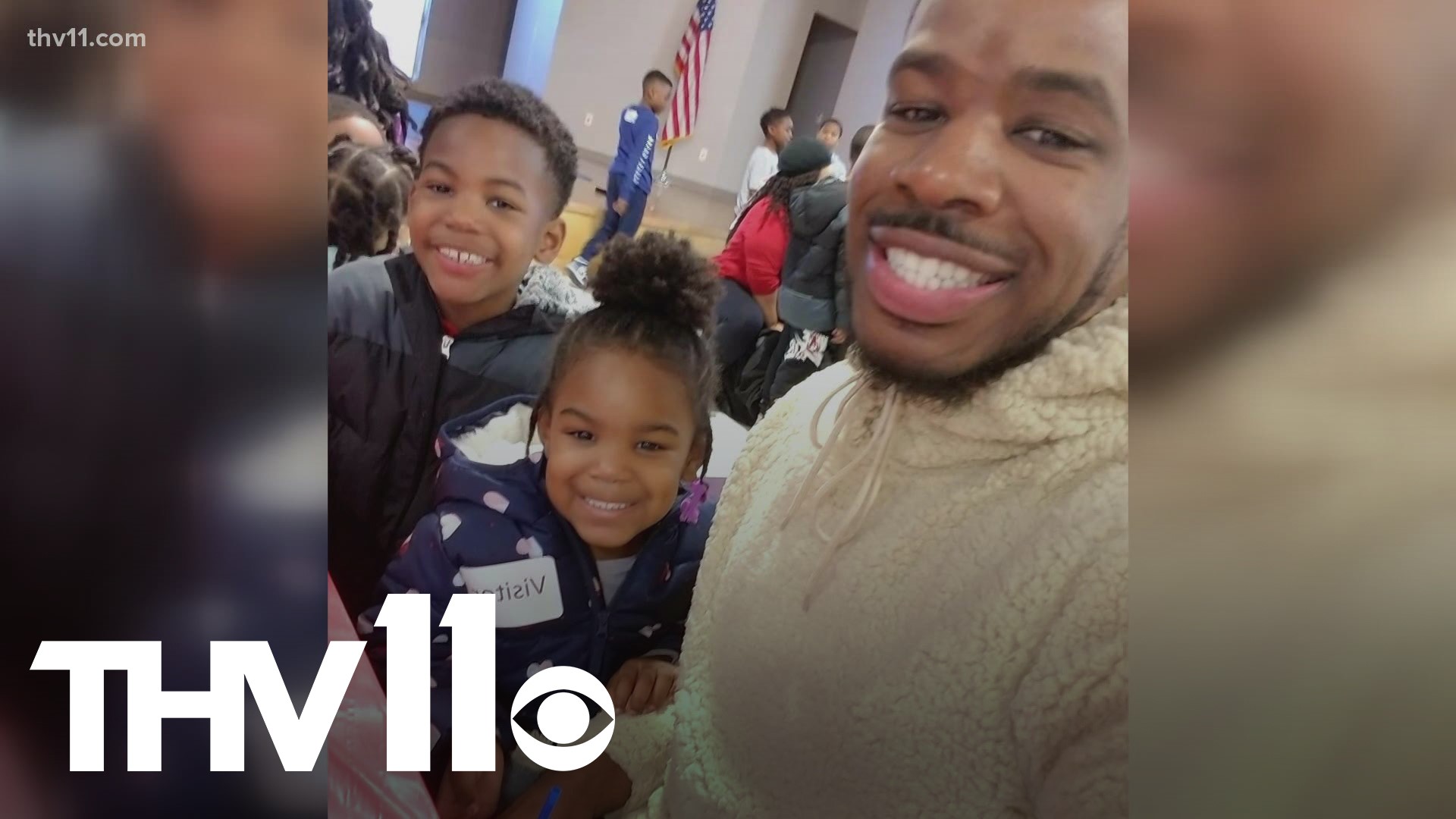 CONWAY, Ark — Jarrod Martin became a father January 4, 2012 when his son Josiah was brought into the world. His daughter Jessa was born in 2016. Martin said the day of Josiah's birth, he had just accepted a new job.

When he held Josiah for the first time, he knew his life was going to change.

"They bring me joy. Happiness," Martin said. "I have to do right by them and be there for them. I'm involved in their lives. We're pretty active," he continued.

5-year-old Jessa will be going into kindergarten next year. She's also into music and loves dancing. The family has recorded music together.

VIDEO: Jarrod Martin throws a football to his son Mojo in a yard with his daughter, Jessa nearby. They’re going out to eat later on for Father’s Day! pic.twitter.com/0FvUKf06Ed

Martin said being a father to talented children can be time consuming. He said that it's a grind every day for people who want to book Josiah for shows.

With his son also doing sports, Martin said that he has a calendar to keep everything organized.

"Plus I work full time so I always have to check my work schedule, but I do everything for the kids. I haven't taken a vacation in while," Martin said.

He makes it a point to ensure that Jessa is included and doesn't feel left out due to her brother's musical buzz.

Jessa has been featured in Josiah's music videos. Martin said that she's developing her talents while Josiah also gets his foot in the hip hop entertainment door.

Despite their knack for music, Martin said that he'll support his children in whatever endeavors they seek going forward.

Josiah said that he wants to be a professional athlete when he grows up, but if that doesn't work out he'd want to be an eye doctor.

Jessa is unsure what she wants to be when she grows up.

The family planned on going out to eat to celebrate Father's Day.

When asked to describe their father in one word, Josiah said that he's "great."

Jessa said that when she spends the night with her dad she feels happy and great.