"I hope other survivors out there will also consider donating to help save lives," said 35-year-old Elizabeth Bolt, who donated her plasma this past weekend. 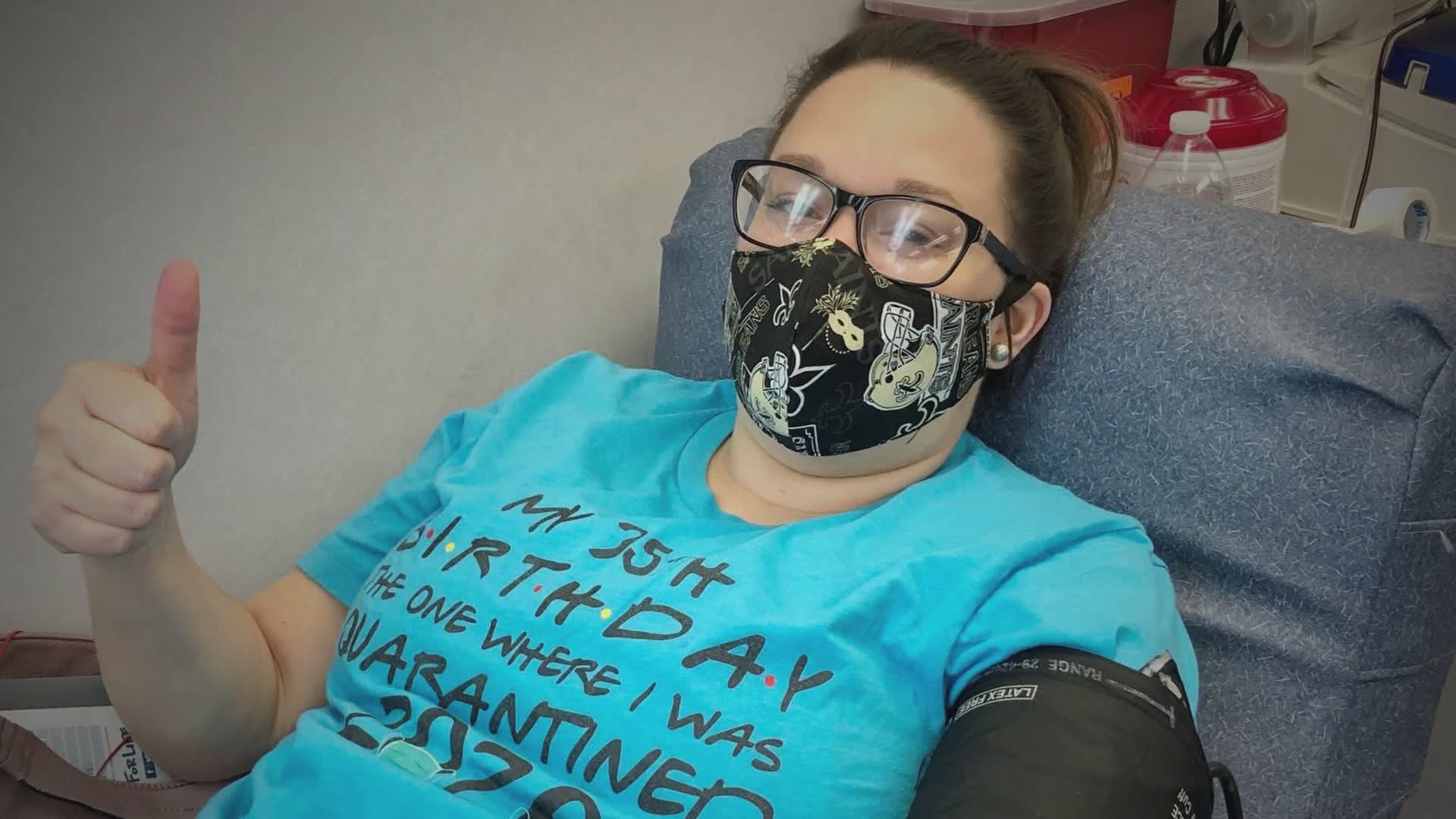 DALLAS — On Saturday, we asked Elizabeth Bolt of Dallas to bring us along on the next step of her coronavirus journey, which began more than a month ago.

"I started having symptoms on March the 12th," said the 35-year-old. "I started feeling that shortness of breath and coughing more and I had an actual fever."

Bolt is living with Type 1 Diabetes and did not want to mess around. She says her endocrinologist helped get her tested for COVID-19 at one of Dallas' drive-thru sites. She tested positive, went home and stayed home.

When Bolt finally felt better, she wanted to pay it forward with her plasma.

"[I] found out that UT Southwestern was doing this, and they have a donor form on their website," she said.

UT Southwestern Medical Center posted information about the potential use of plasma in fighting the virus on its website. That is where Bolt found the form and filled it out. She says about a week later, the hospital called her to make sure she met the criteria. Then, her appointment was booked.

"I’m really excited to be able to take something bad and turn it into something good by helping others," said Bolt in a video she captured for WFAA before going in to donate Saturday morning.

She says at a mobile blood center in Dallas, over the course of two hours, she donated her plasma rich with antibodies. Doctors say that could boost the immunity of people critically ill from COVID-19.

"It was a great experience," said Bolt after leaving the blood center. "I hope other survivors out there will also consider donating to help save lives."

She’s here today having beat the virus. She hopes that plasma does the same for someone else.

WFAA reached out to UT Southwestern Medical Center for more information on its plasma donation program but has not yet heard back.