The Arkansas Department of Environmental Quality sent out an emergency alert because the fumes from the smoke may be toxic. 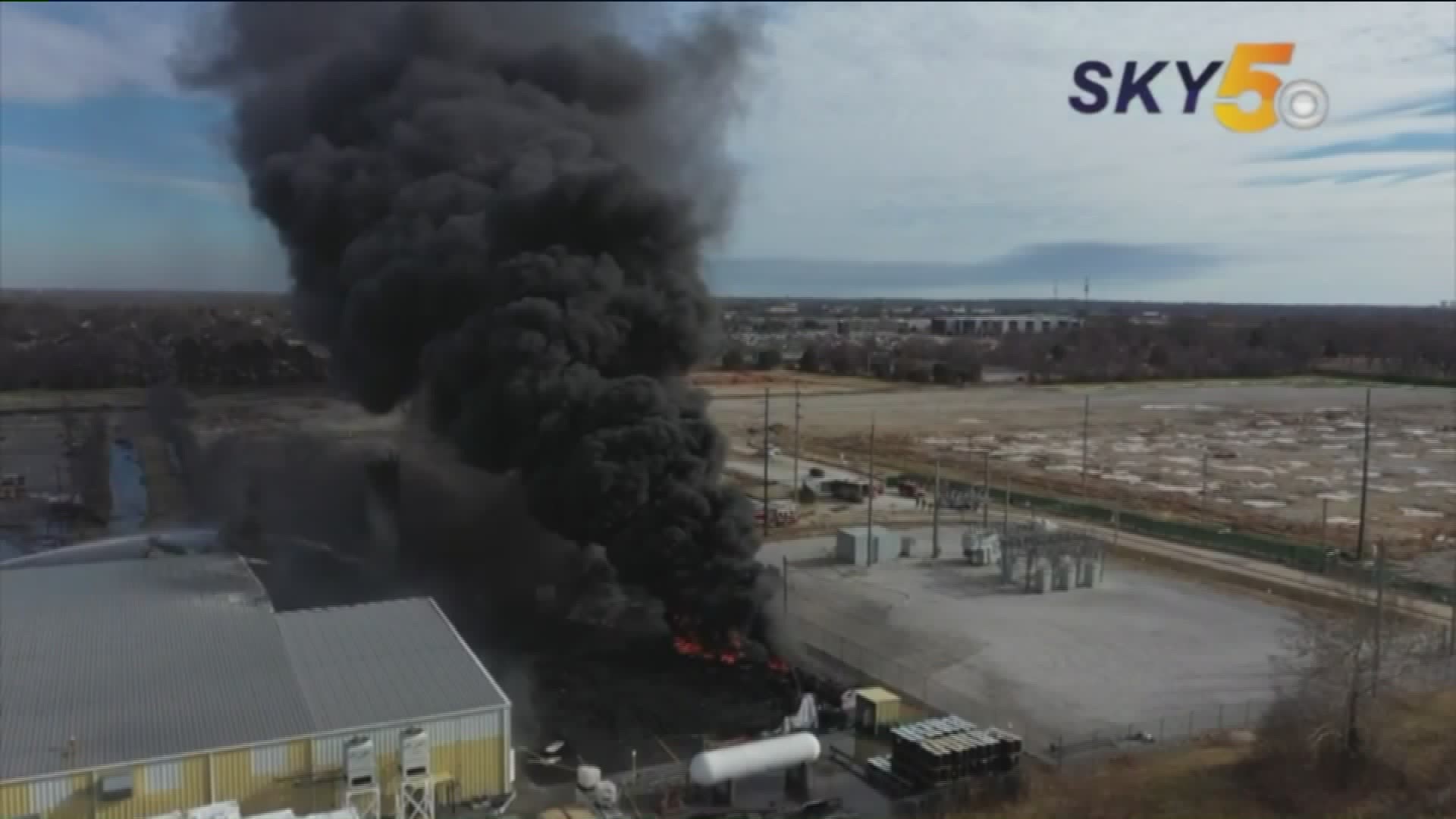 The Arkansas Department of Environmental Quality sent out an emergency alert because the fumes from the smoke may be toxic.

No injuries have been reported due to the flames, according to our Tegna affiliate KFSM.

Fire crews responded to the fire Wednesday at United Industries Ultraboard. According to its website, the company makes "foam centered panels for signs and displays." The company's foam core products are made of "materials including PVC, premium papers, and aluminium."

Explosions could be heard coming from the plant. Workers on the scene said a silo filled with materials came down in the fire.

A shelter in-place warning has been issued in Benton County due to the smoke.

Officials with the Arkansas Department of Environmental Quality will be on scene to investigate the fire.

The smoke could be potentially toxic and will require evacuations of nearby businesses and homes.

A local hospital said it expects to see more patients in the emergency room due to smoke inhalation.

United Industries Ultraboard is located at 1900 East Central Avenue, which is near downtown.

We will continue to update this story with more information as it becomes available.