The woman said she asked the couple to leave the property and once both were outside the residence she heard multiple loud noises, which she believed to be gunshots. 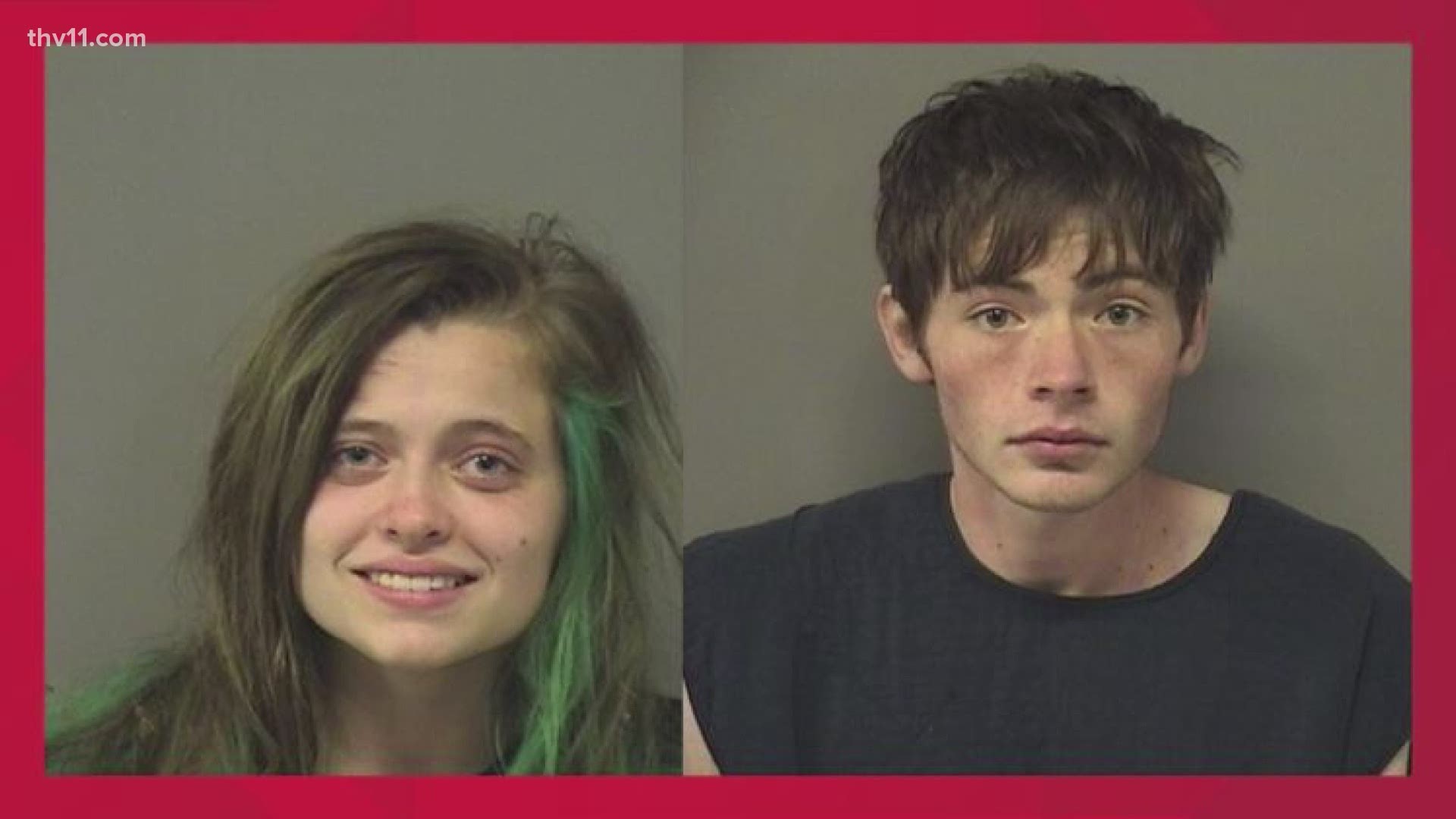 GARLAND COUNTY, Ark. — On Saturday, Oct. 24, at 5:34 a.m., the Garland County Communication Center received a 911 call from a woman saying she needed an ambulance at a residence on Mountain Pine Road and that her husband had been shot.

At approximately 5:42 a.m., Garland County Sheriff’s Office deputies arrived on the scene and made contact with the caller. She said that she and her husband had just been in an argument with her son and his girlfriend, both whom had fled the scene prior to deputy’s arrival.

She said she asked the couple to leave the property and once both were outside the residence she heard multiple loud noises, which she believed to be gunshots. The victim then fell to the floor suffering injury from a gunshot wound.

The male victim was transported to a local hospital for treatment of his injuries and a BOLO was administered for both Taylor Morris and Zachary Rowland.

While on scene, deputies also made contact with another female who had been present at the time of the incident.

The second victim was suffering from a minor injury due to being in close proximity of a bullet’s path.

At approximately 12:36 p.m., on October 24, the Garland County Communication Center received a call that Zachary Rowland and Taylor Morris were both inside a residence on Pearcy Road.

Garland County Sheriff’s Office deputies were dispatched to the residence. Once on scene deputies made contact with Morris and Rowland and placed them into custody.

On the evening of Sunday, Oct. 25,  the victim Logan Lundy died due to his injuries.

Garland County Sheriff’s Office Investigators prepared a warrant for Murder 1st Degree and arrested Rowland on Tuesday, Oct. 27,  while he was in custody at the Garland County Detention Center.

This case is still under investigation.