A Department of Correction official said three inmates had died in less than 24 hours at a prison in southeast Arkansas, possibly from drug use, on Aug. 28. Then, on Aug. 29 two more deaths were confirmed. 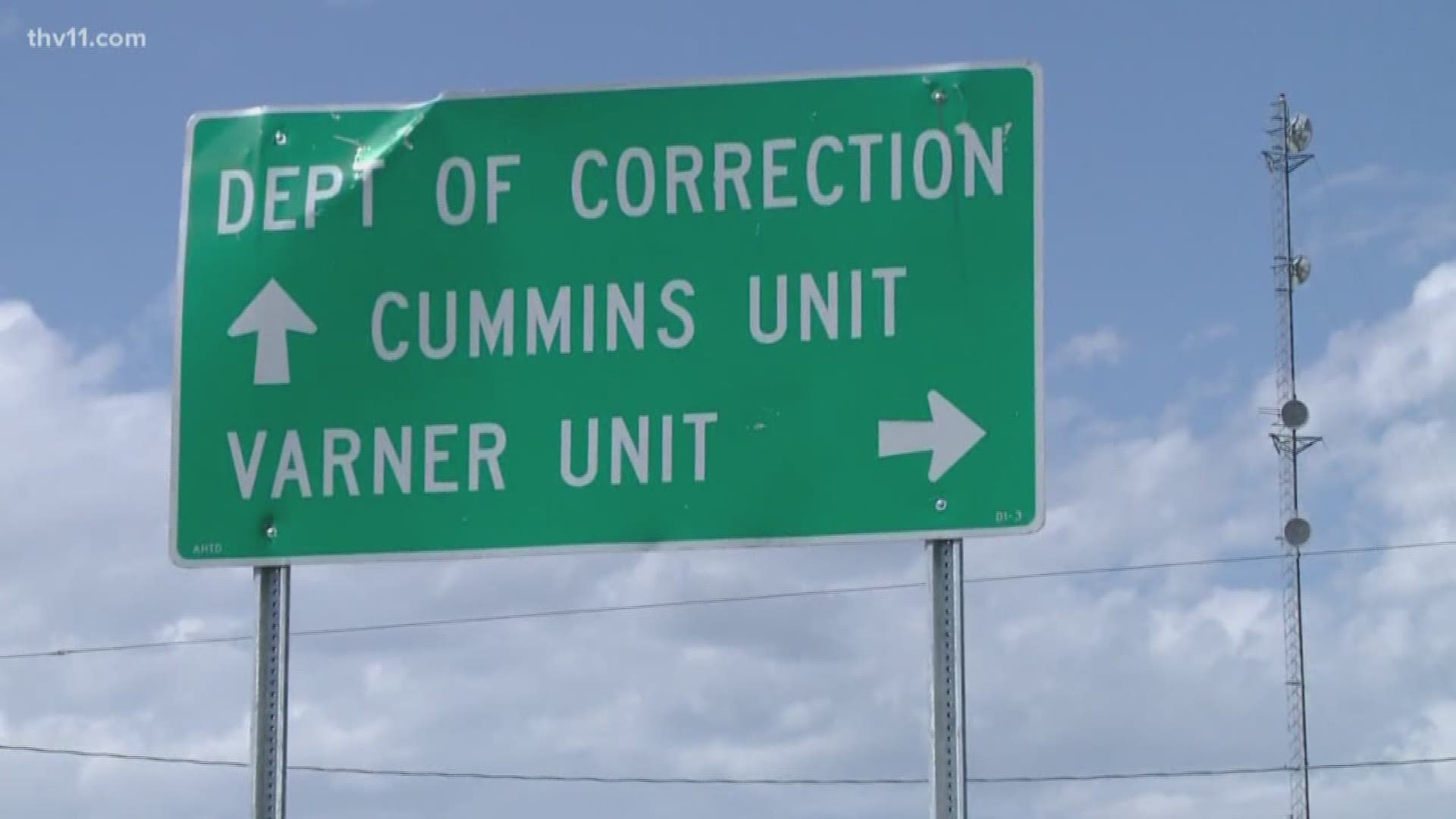 GOULD, Ark. (AP) - A Department of Correction official said five inmates have died between Saturday, Aug. 25 and Wednesday, Aug. 29 at a prison in southeast Arkansas, possibly from drug use.

Three of the inmates less than 24 hours apart.

Spokesman James DePriest said Monday that both state police and the department are investigating to determine the cause of the deaths at Varner and its supermax unit.

Two more inmates were reported dead as of Wednesday, Aug. 29. Joe Harris, 55, was serving a life sentence for aggravated robbery and Donovan Cobbs, 26, was serving 10 years for robbery. They were pronounced dead Wednesday morning.

DePriest says it was "hard to believe" the timing of the deaths was coincidental.

Governor Asa Hutchinson released this statement about the deaths:

"I have received reports from Director Kelley and Colonel Bryant about the inmate deaths at the Varner Unit and am monitoring the investigation as new information becomes available. While the investigations are ongoing and the causes of death still under review, I have requested Director Kelley to study best practices from other states for preventing the use of K2 by inmates.

In the meantime, State Police will continue to work with the Arkansas Department of Corrections to analyze the circumstances surrounding the deaths and to ensure the safety and security of all those in state custody."

DePriest says Kantzer was serving 20 years for drug offenses while Miles and Morris were each serving five years for possession of a weapon by an inmate and domestic battery, respectively.