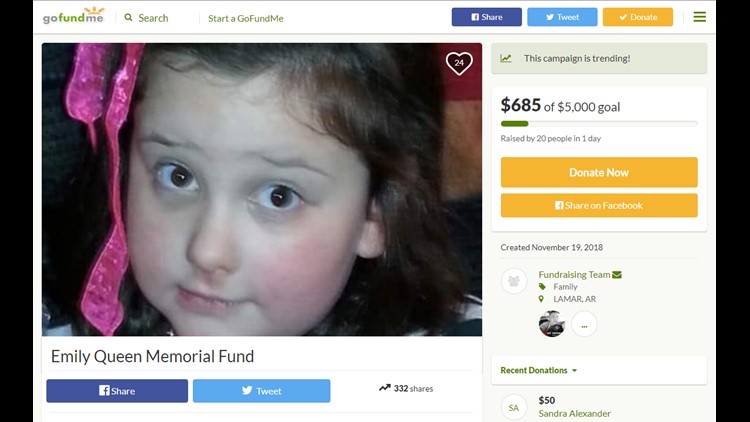 The Lamar Police Department and The Johnson County Sheriff’s Office were called to Cabin Creek Avenue in regards to a child with a gunshot wound. Once authorities arrived, they found that 9-year-old Emily Queen had been shot with a .50 caliber rifle.

Police tried to assists Queen at the scene, who was later taken to a hospital in Clarksville, where she was pronounced dead.

Queen’s dad was in his truck when the rifle discharged and she was struck by a bullet while standing in their yard. Chief Griggs said no charges will be filed for the death.

Queen’s father is a volunteer at the Lamar Fire Department and had been employed by the Johnson County Sheriff’s Office.

A GoFundMe account has been set up to help the family with funeral expenses.